YORK TOWNSHIP, YORK COUNTY, Pa. — With fewer volunteers, some fire departments in Pennsylvania are facing an emergency of their own. Plans to save them fr... 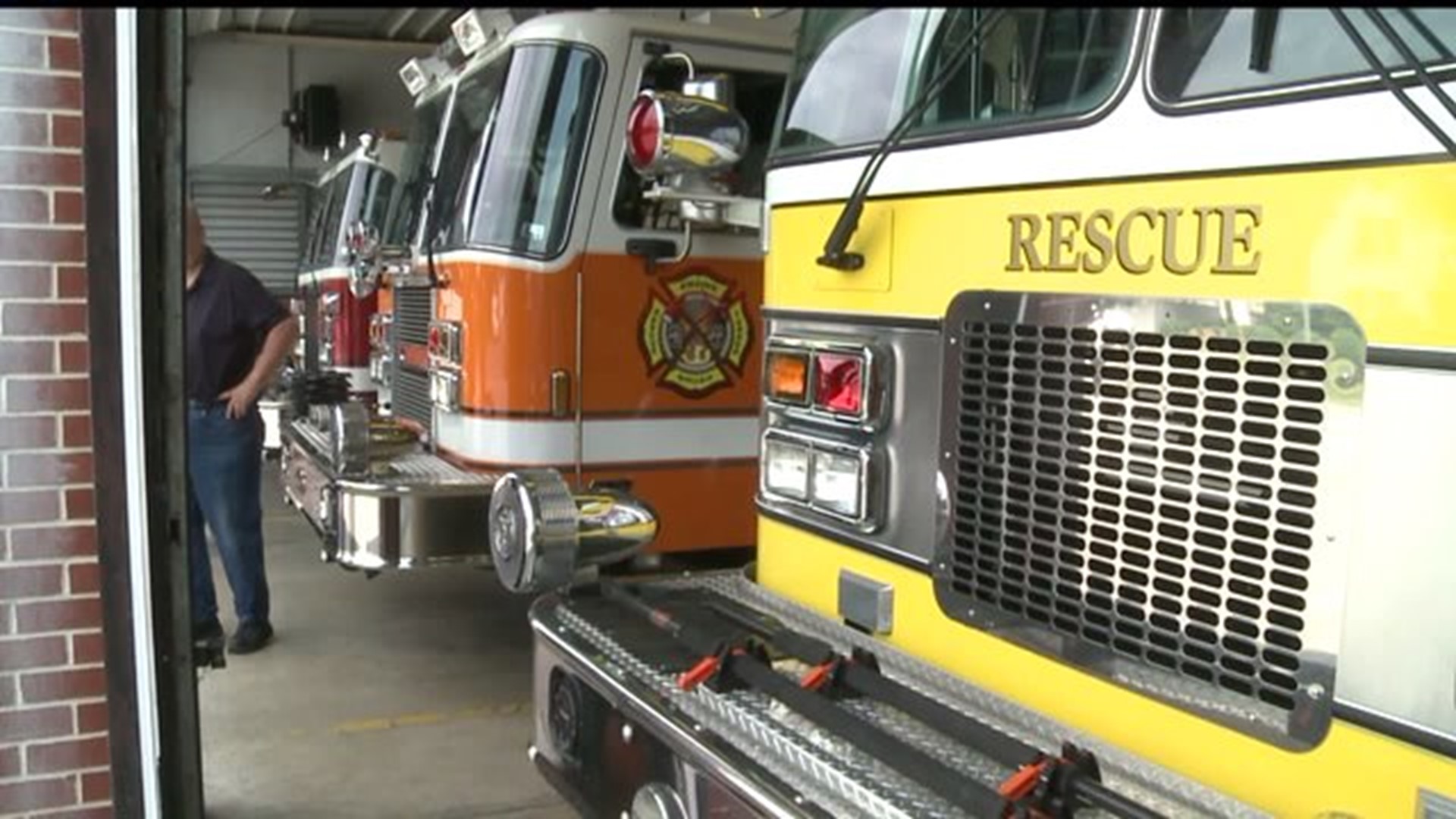 YORK TOWNSHIP, YORK COUNTY, Pa. -- With fewer volunteers, some fire departments in Pennsylvania are facing an emergency of their own.

Plans to save them from closing could spark a debate among taxpayers, but other solutions might come to their rescue.

Neither raising taxes nor closing fire departments would seem ideal for most people, but some fire chiefs say something's got to give.

It's an emergency situation which has many fire departments sounding the alarm for more help.

Goodwill Fire Chief Nate Tracey said "we run 800 to 900 calls a year, so that averages two to three a day. It usually never goes that way, one day you'll get no calls, and the next day you'll get six to seven calls, but you have to have staffing available all the time."

Finding the right people for a job that doesn't pay isn't easy when the cost of volunteering is time. "These days a lot of people want to have nice homes, nice cars, being able to do extra curricular activities with their families. So, in order to do that, you have to hold down two jobs, they don't have time to volunteer."

East Pennsboro Township Public Information Officer John Brutsch  said "there's really nothing that we can give you, other than the training and the gear. You have to have a willingness to serve. You have to be in it for the right reasons."

To help with staffing issues, East Pennsboro Township merged a few departments into Northeast Fire and Rescue, cutting its fire halls in half from six to three.

"You have to be willing to put your personalities aside, because in the other departments you have chiefs, and officers and when you merge, you can't have two of everything," Brutsch  said.

Several volunteer companies also need help with funding for equipment or gear.  One of Northeast Fire and Rescue's trucks blew an engine, and wont be responding to a fire anytime soon.

"But with the township going and instituting the fire tax, it gave us a bigger piece of money. We just ordered a new engine," Brutsch  said.

Goodwill Fire is in talks with the state about merging with Dallastown, Yoe, and Jacobus fire companies.  If approved, the merger could happen by the end of 2016.