Men Too: PA men speak out to break the cycle

YORK, Pa. — “It can let other men know that they’re not alone and it’s ok to speak up as a man.” Three Pennsylvania men speaking about the national “... 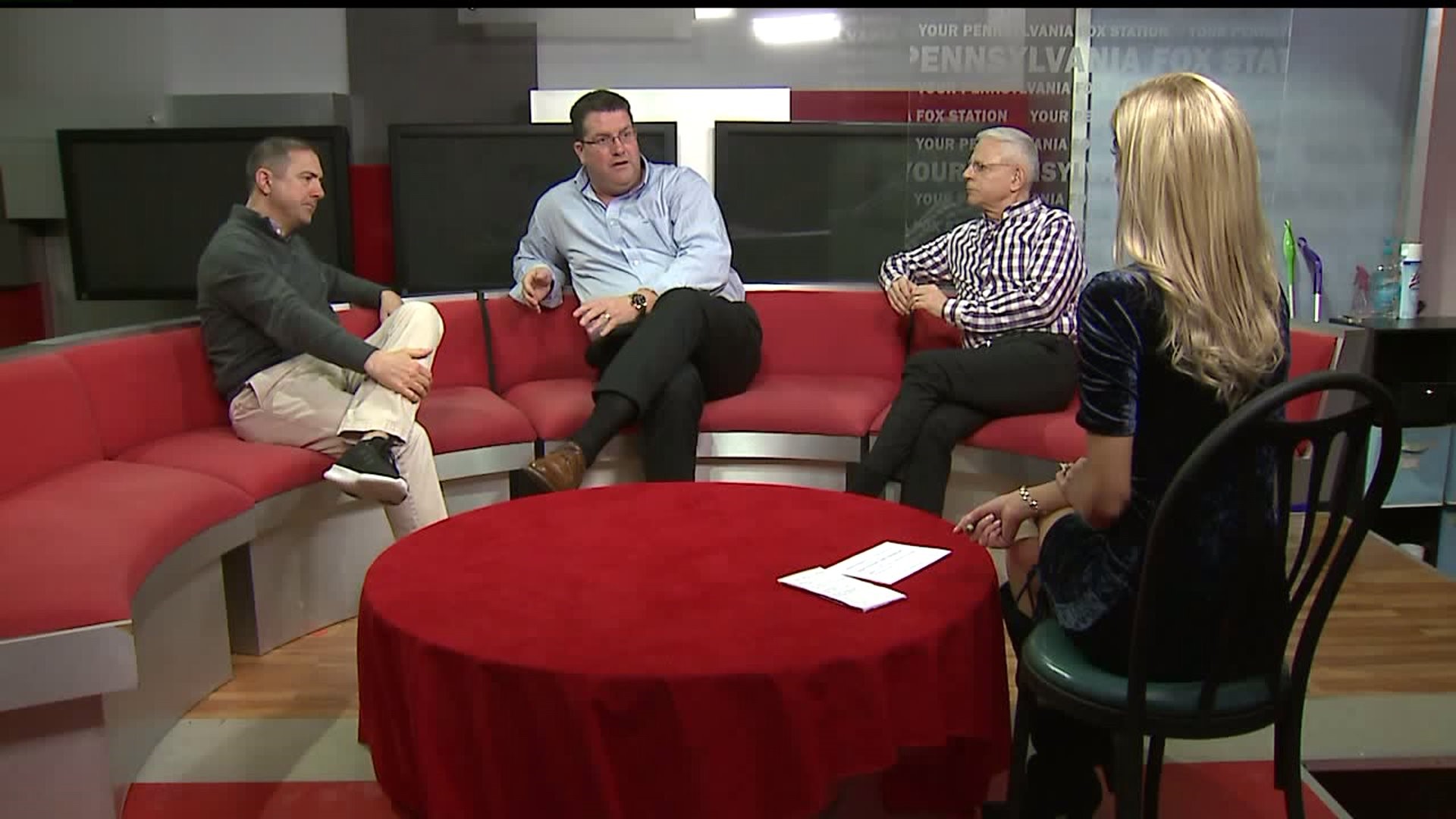 Three Pennsylvania men speaking about the national "Me Too" movement, which has inspired so many women and men to come forward and share their stories of sexual abuse.

“The fear was palpable. I was frozen. It was like I literally was a prisoner, I couldn’t get up.”

Their stories of survival and success didn’t come without challenges— substance abuse, loss of employment, failed marriages. They are speaking out in the hopes that others will break the cycle of abuse.  They also say had someone spoken up for them, their lives may have been different.

Robert Nelson still questions, “Why didn’t anybody speak up— I mean this was so obvious.”

He lives in Manhattan now, and is from Cumberland County.

He is a survivor of sexual abuse saying, “The fear was palpable. I was frozen. It was like I literally was a prisoner, I couldn’t get up.”

Robert says his abuser was a mentor he trusted at his school who took advantage of him as a teenage boy.

“I remember coming back from a run, which was the first time that he aggressively sexually assaulted me...”

He says the first time was not the last, saying the abuse continued over the next couple of years.

To him, there was nothing he could do to stop it.

“It just kept ongoing and I was so afraid to tell anybody... The feeling of shame, guilt, is powerful. The isolation one feels is powerful.”

Robert, like so many other boys and men who are abused felt powerless.

"There was a method to their madness— a method!”
Mike McDonnell of Philadelphia is one of those statistics, “My abuse happened between the ages of 11 and 13... I can remember it like it was yesterday. I can’t tell you what I had for breakfast this morning, but I remember that.”

Mike says he was abused by two leaders in his Parrish, “Both of them had the the same grooming patterns... There was a method to their madness— a method!”

"You can’t help but think had something been said then, could my life and those other four affected in my Parrish, turned out differently.”

So Mike suppressed his memories, buried them deep inside. The stinging reminder of abuse manifested itself for Mike by way of his trials and tribulations through life. At 49 years old, he has been through five jobs, substance abuse treatment, two home foreclosures and two marriages.

"The more I share, the easier the load is to carry.”

He says he had to get help. Mike started speaking with a professional, a little bit at a time. After 8 years of sharing, he was finally able to fully disclose what had happened to him.

Now he shares his story in hopes of showing other men that it’s ok to talk to someone, in fact he says it is essential in moving forward.

The “me too” movement has paved the way for open conversations about sexual abuse.

Paul Treml says it helps to raise awareness and that makes all the difference for survivors like him, “If it just opens the door for a man to speak out and say something to someone about what happened to them, because that’s where it all starts.”

Paul says he was sexually abused as a young teen in the Philadelphia area by a local basketball coach.

Like Robert and Mike, Paul not only could he not comprehend the magnitude of what happened to him, he didn’t understand why people stayed silent.

“What really surprised me is how many people saying that they thought that this man was not doing what he should be doing, but yet no one said anything.”

Paul went to township officials years after the abuse telling them of his abusers alleged crimes. It wasn’t until they were going to honor the coach that Paul spoke publicly. Paul then confronted his abuser.

“When I confronted him, that as all the empowerment I needed to move forward and know what I needed to do to help others.”

“If you can't use your own voice, use one of ours."

Because of the statute of limitations that were in place while these men say they were abused, none of these alleged abusers can ever be charged. So moving forward, the common goal for all three men is supporting and encouraging others to speak out before it is too late, too late for the law and themselves.

Robert says speaking out offered him a sense of freedom, "It's really by speaking out, you can let it go and really move on with your life. It's the... the lock is opened one you start speaking out."

Mike offers up his voice,  “If you can't use your own voice, use one of ours."

HOW TO GET HELP

Turning Point is a counseling and advocacy group in East York—and they recently received a grant from the office for victims of crime. The grant allows the organization to extend their services to men who are survivors of sexual abuse.