NEW CUMBERLAND, CUMBERLAND COUNTY, Pa. — A special two-part ceremony was held this afternoon: a ribbon cutting for a new nature preserve and a memorial fo... 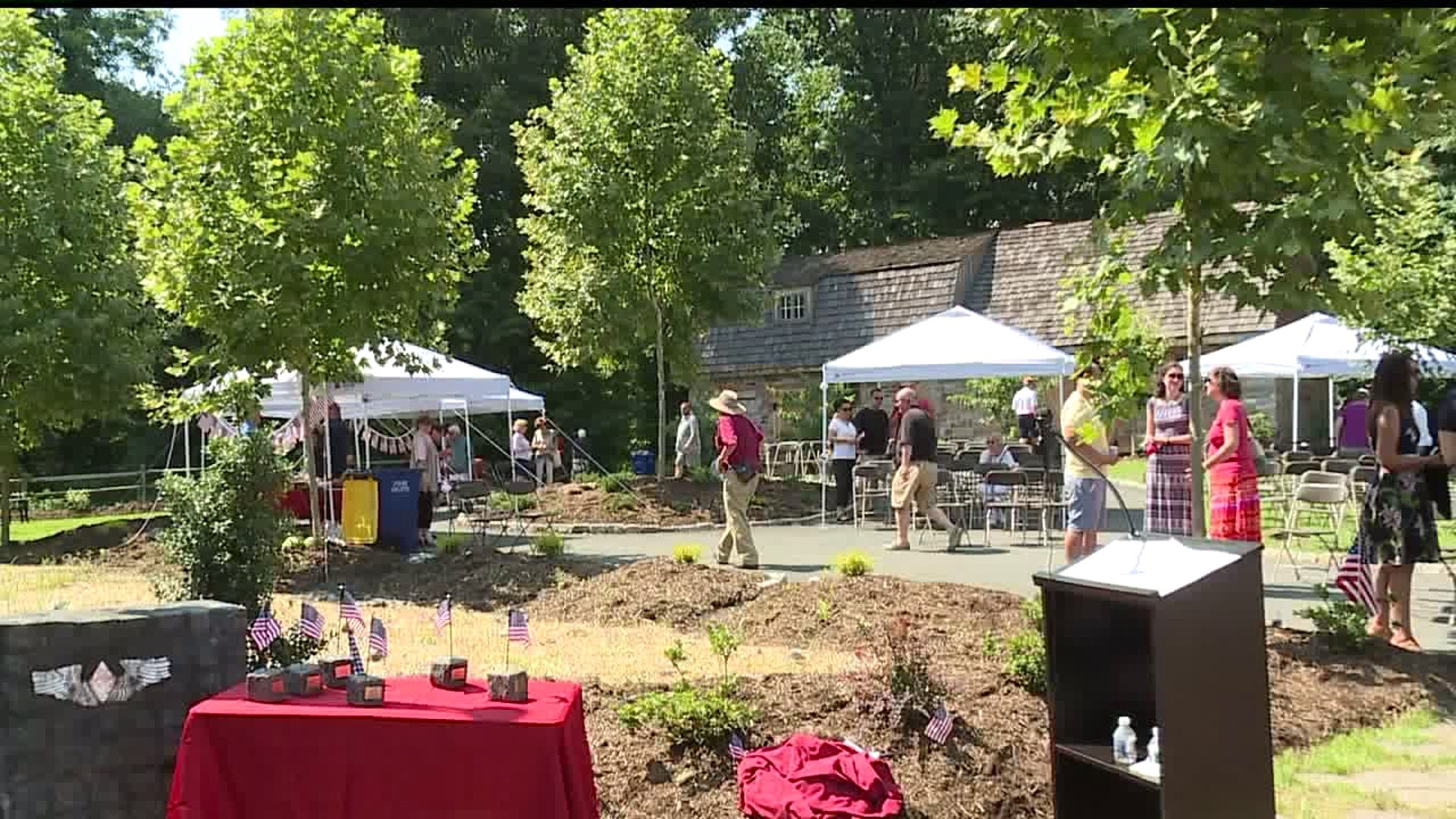 NEW CUMBERLAND, CUMBERLAND COUNTY, Pa. -- A special two-part ceremony was held this afternoon: a ribbon cutting for a new nature preserve and a memorial for an aviatrix who gave her life carrying out duties as a Women Airforce Service Pilot or WASP.

People may not know the name, but organizers of this ceremony say they should:Evelyn Genevieve Sharp.

She was a pilot during World War II who trained over 350 men how to fly.

Her plane crashed shortly after taking off when the aircraft's engines failed.

Sharp had been ferrying the aircraft in New Cumberland on land that now belongs to the Peiffer Memorial Arboretum and Nature Preserve.

A C130 Hercules flew over Beacon Hill in New Cumberland.

The military aircraft honored a veteran who went to great heights to serve the United States.

Sharp's name will be forgotten no more.

A veteran, who was just 10-years-old at the time, witnessed the crash.

"This thing took off, and we were watching it, and right after it took off, she experienced engine failure," said Private Jack Murray.

But now, three P38 propeller blades and a plaque honoring sharp stand at Beacon Hill, 200 yards from where the aircraft went down.

"Evelyn Sharp's name, her service, her patriotism, her sacrifice are now etched into our hearts and minds and our lands and stones of this great Penn Woods," said Peiffer.

Officials opened up the preserve with a special ribbon cutting ceremony.

"I think this is very unique to this area, I believe. I've lived here a long time, and I didn't realize we had some of the largest trees in our backyard," said Ken Siptroth.

On the preserve: over 4.5 miles of walking trails, free to the public, the arboretum, open some days for educational purposes, and a chance to learn about Evelyn Sharp, an inspiration to women and men alike.

"There ought to be a lot of ladies coming up here to see this. Every day, you hear women should be allowed to do this, and that, they were allowed to do it. They weren't allowed in combat, but what they did, was a big deal," added Murray.