HARRISBURG, Pa. — Meet Harrisburg Fire Department’s 11 newest members. Of them? A number of military veterans, a few former police officers, and the... 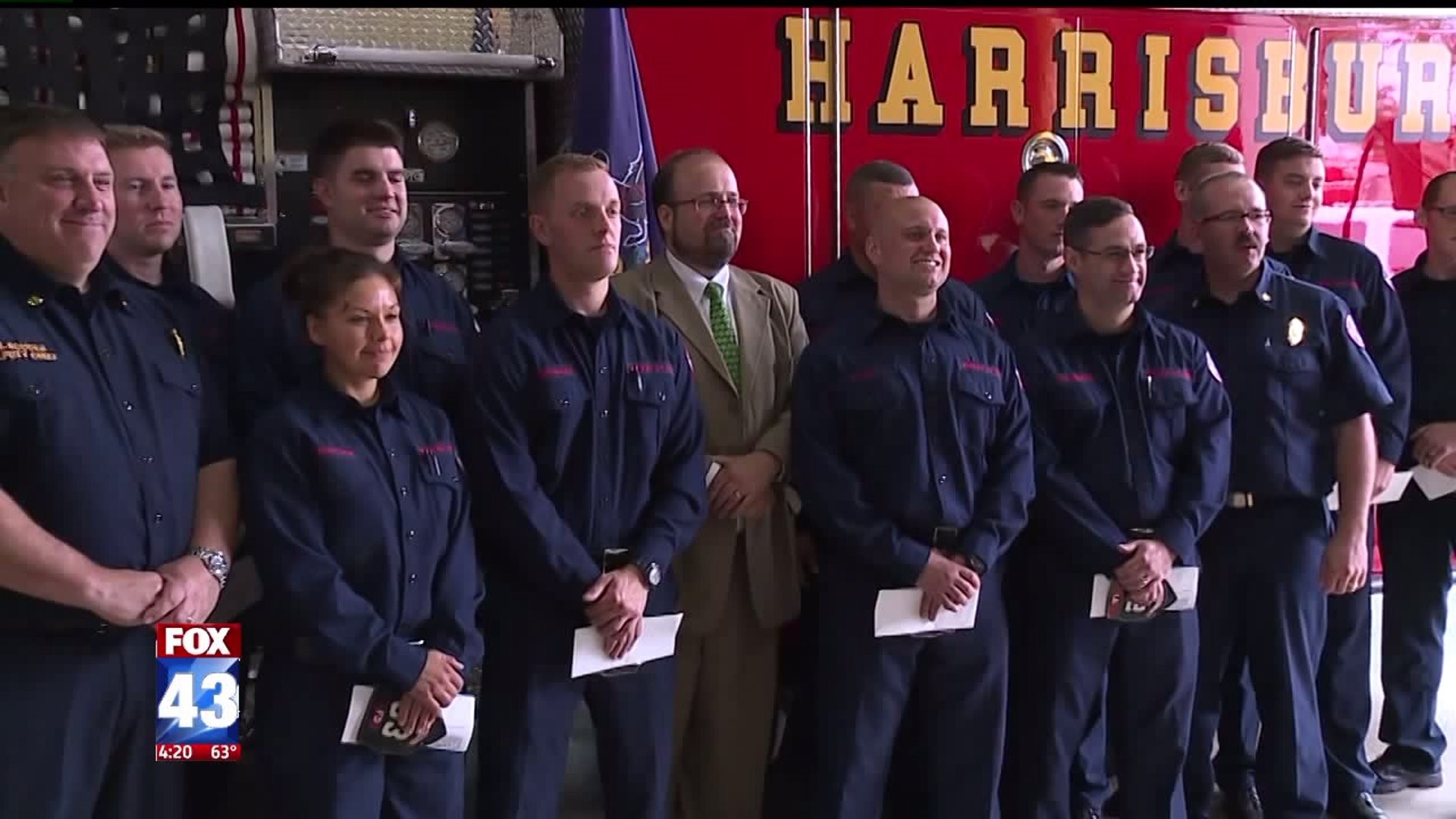 Of them? A number of military veterans, a few former police officers, and the department's first female firefighter since 2014.

"Harrisburg - they really put a lot into their training and they really teach you well. I know going onto the street, I'm prepared," said Allison Shattuck, the only female recruit and firefighter.

The recruit's sworn in on the heels of a tragedy within the department.

"Lieutenant DeVoe was their class mentor, and so, they lost their mentor early on, and it was devastating for them," said Chief Brian Enterline.

Despite the tragic loss of Lieutentant Dennis DeVoe and the uncertainty of the profession, many say they're ready to put their life on the line to help others, a transition out of the military for these two men.

"For the country and for the people and that was a little bit of the draw to transition out of full-time military to the city was to do more good on a local level," said Brent Hill, a new firefighter.

"Just a job that I feel I can come help people. It's a rewarding career. Money is always secondary to me if I can come to work and help people and serve my community, I take that home, and that's more valuable than something I can put in the bank," said Christopher Kalman, also a new firefighter.

The new recruits help the city too, decreasing the overtime costs from nearly $3 million to less than a million. As firefighters retire, Chief Brian Enterline says the department will fill those vacant positions to remain a dependable fire force and keep costs down.

"It's a big huge family, and I'm so excited to be a part of it," said Shattuck.

The chief says Harrisburg's newest firefighters have a couple more classes to complete for the city, and they'll be ready to start fighting fires Tuesday, June 6.