Medical marijuana moves closer to legalization in the Commonwealth

HARRISBURG, Pa. —  A proposal to legalize medical marijuana in the Commonwealth now moves onto the House for a vote. The GOP controlled State Senate passe... 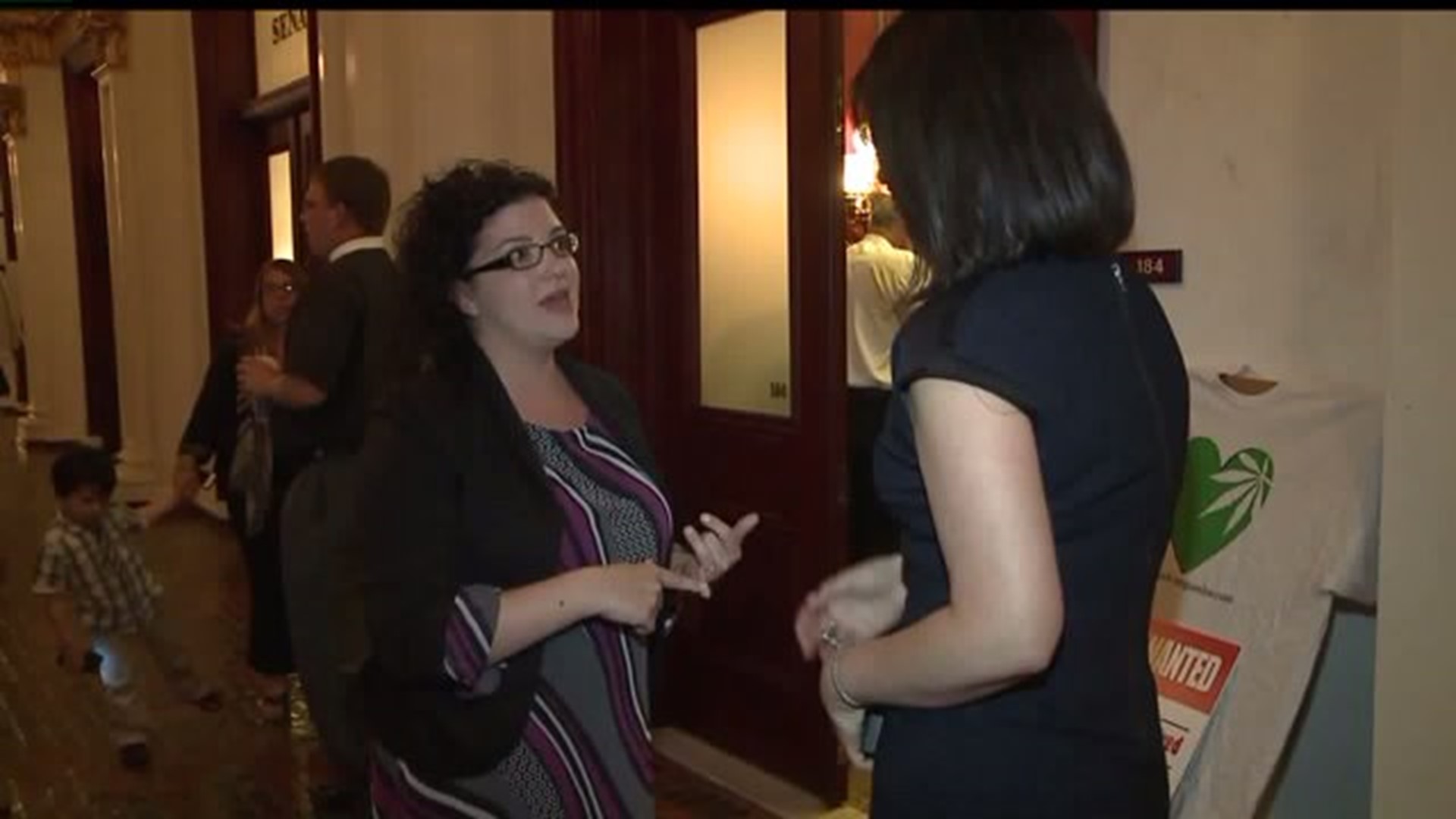 HARRISBURG, Pa. --  A proposal to legalize medical marijuana in the Commonwealth now moves onto the House for a vote. The GOP controlled State Senate passed the plan Tuesday before 4:00 pm 40-7.
For the second time in two years, State Senators pass the medical marijuana plan. If House Representatives can do the same, Pennsylvania could join 23 states plus Washington D.C. in legalizing cannabis.

The plan would allow doctors and nurse practitioners to recommend medical marijuana as treatment for more than a dozen illnesses, including epilepsy, Crohn's Disease and chronic pain. The drug could be sold in many forms, like oils and pills. But lawmakers say it wouldn't be used for smoking or in food products.
Vaporized medical marijuana could be sold to cancer patients if their doctors call for it.

Mothers whose children suffer from hundreds of seizures a day shared their relief over Senate Bill 3's vote.

Cara Salemme's, of York County, says, "Cannabis can do what the many medications Jackson's (son) been on has not been able to do. He has been on over 22 different medications, he's on 5 now and still has seizures."

Mom, Dana Ulrich, of Berks County says, "It's also important for people across the state suffering from a wide variety of medical conditions that current pharmaceuticals are unable to help them."

A state board would be responsible for managing the growers, processors and dispensers of the drug. Last year, State Senators voted to legalize medical marijuana but the session ended before the House could consider it.

Senators Daylin Leach and Mike Folmer are co-sponsors of the bill.