YORK COUNTY, Pa. — If you’re a firearm owner in Pennsylvania or are thinking of buying one and also plan to receive a prescription medical marijuana card ... 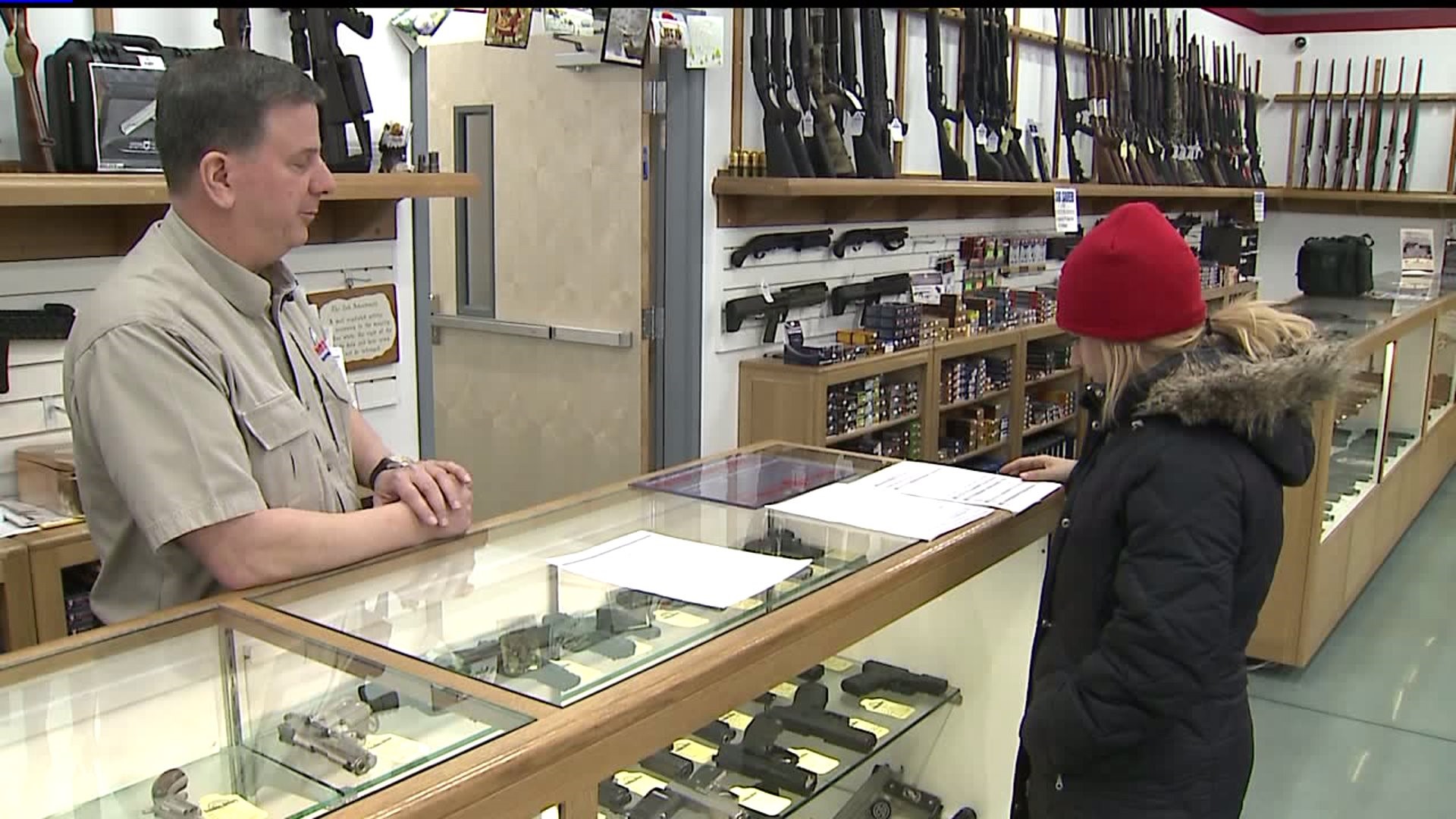 YORK COUNTY, Pa. -- If you’re a firearm owner in Pennsylvania or are thinking of buying one and also plan to receive a prescription medical marijuana card from the state, you may have to think again.

The Gun Control Act of 1968 prohibits anyone from possessing guns if they use or are addicted to cannabis.

It comes as no surprise to Freedom Armory in York County.

“I look at this in a sterile perspective. It is very clear what I have to do. I don’t care whether you like drugs, whether you like alcohol. None of that has anything to do with my decision process; it is purely what is it that is the law," said Scott Morris, the President of Freedom Armory Inc.

As the federal government still recognizes marijuana as an illegal substance, it doesn’t matter if Pennsylvania has created its own medical marijuana program. In cases where state and federal law contradict, the United States constitution comes into play, and federal law wins.

“Everybody in this country knows, who goes to school, federal law preempts state law," said Morris.

If you have a medical marijuana card in the Commonwealth, Pennsylvania state police say they’ll have record of that and warn against trying to cheat the system.

“If they lie on this form, and they sign their name, they’ve committed a felony, and that’s a federal offense to do that," explained Morris.

Some medical marijuana advocates feel disheartened by the situation.

“The unfortunate thing is that you would ever have to choose between one right, to own a firearm, and another right, which is to have medication which is necessary for the medical treatment of a condition," said Christina Kauffman, a medical marijuana advocate and spokeswoman for Five Leaf Remedies.

Nothing prevents you from purchasing a firearm if you’re using a legal prescription or medication, though, including some opioids, which some people see as a double standard.​

"On one hand we're dealing with a drug like Oxycodone, where the perils of Oxycodone and any opioid-based prescriptions are very well-documented. We’re dealing with an opioid epidemic, a crisis, in this country," commented Kauffman. "The unfortunate ironic part of it is medical marijuana can be an answer to that problem," said Kauffman.

Again, until federal law is changed, federal law trumps state law, according to the Supremacy Clause in the United States constitution. Pennsylvania state police say if a person is caught with a medical marijuana card and a firearm, they’ll deal with it case by case.

State Senator Mike Folmer plans to call upon Congress to amend the Gun Control Act of 1968, saying, "Twenty-nine states, including Pennsylvania, have legalized cannabis in some form and I believe the guarantees of the 10th Amendment must prevail: 'The powers not delegated to the United States by the Constitution, nor prohibited by it to the States, are reserved to the States respectively, or to the people.' I also believe failure to do so threatens 2nd Amendment rights, which guarantee: 'the right of the people to keep and bear Arms, shall not be infringed.' 5th Amendment rights are also threatened, which guarantee that no person shall 'be deprived of life, liberty, or property, without due process of law.'"

You can read the Pennsylvania State Police information on firearms and medical marijuana here.