MECHANICSBURG, Cumberland County, Pa. — Drumming, chanting and all sorts of local art took over downtown Mechanicsburg on Saturday for its annual Earth Da... 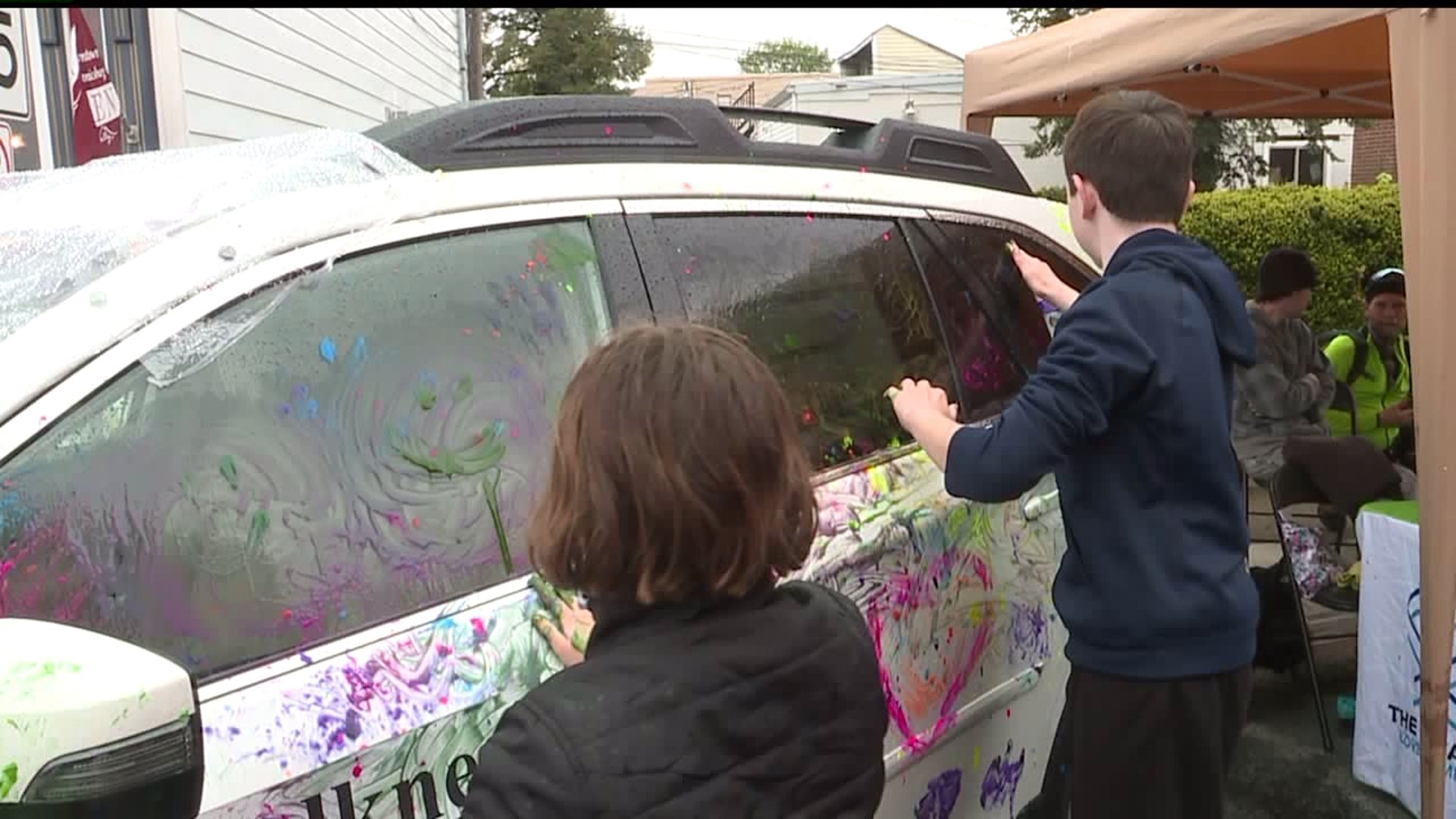 The free event had more than 50 different vendors including sidewalk art, local crafts and "Smokey the Bear", just to name a few.

A hands-on mud stomping tent was one of the many activities people had the chance to participate in.

Some risk takers took their shoes off, stomped mud mixed with clay, sand and straw between their toes to replicate the process of making the eco-friendly building material, "cob".

But the mud served more than just a unique cosmetic treatment. The mud, known as "cob" can be used to build small things like a garden bed or big things like a house.

Rainey says that she and her son enjoy trying new things, so getting her feet dirty for the sake of education was no big deal.

"We can get clean when we are done," said Rainey. "Otherwise Dad wouldn't let us get back in the car," she added.

Other vendors, like the Mechanicsburg Lions Club used their booth to give back to the community. They had a full stock of paper grocery bags and allowed children to create art on them.

"These go right back to Giant and some customers will get their grocery bag and will see this little Earth Day message on their bags," said Chris Stank, Mechanicsburg Lions Club treasurer and booth head.

The folks from Faulker also had a Earth Day booth dedicated to art for kids, and their take was a little more hands-on.

"I always bring cars for the kids to paint because I have 3 under 3 and I know they do it," said Brittany Sweeney, Internet Manager at Faulker Subaru Mechanicsburg." So I love to see all the other smiles on the other kids faces because how often do you get to paint a new car, right?"

"I get to help paint this car which I've never done before because I'm not a professional painter," said 9-year-old Thomas Harris of Cumberland County.

Despite the rain clearing some of the paint off the cars, thankfully none of the fun was washed away.

With the afternoon rain conditions, vendors say attendance was low this year compared to last, thanks to the rainy weather.

"I'm not going to lie, it seems to be a little slower than last year," said Stank.

But in the end, most people said they didn't mind the rain at all.

"I'm having just as much fun with the rain, honestly, I don't care," said Juliette Rainey, festival attendee.