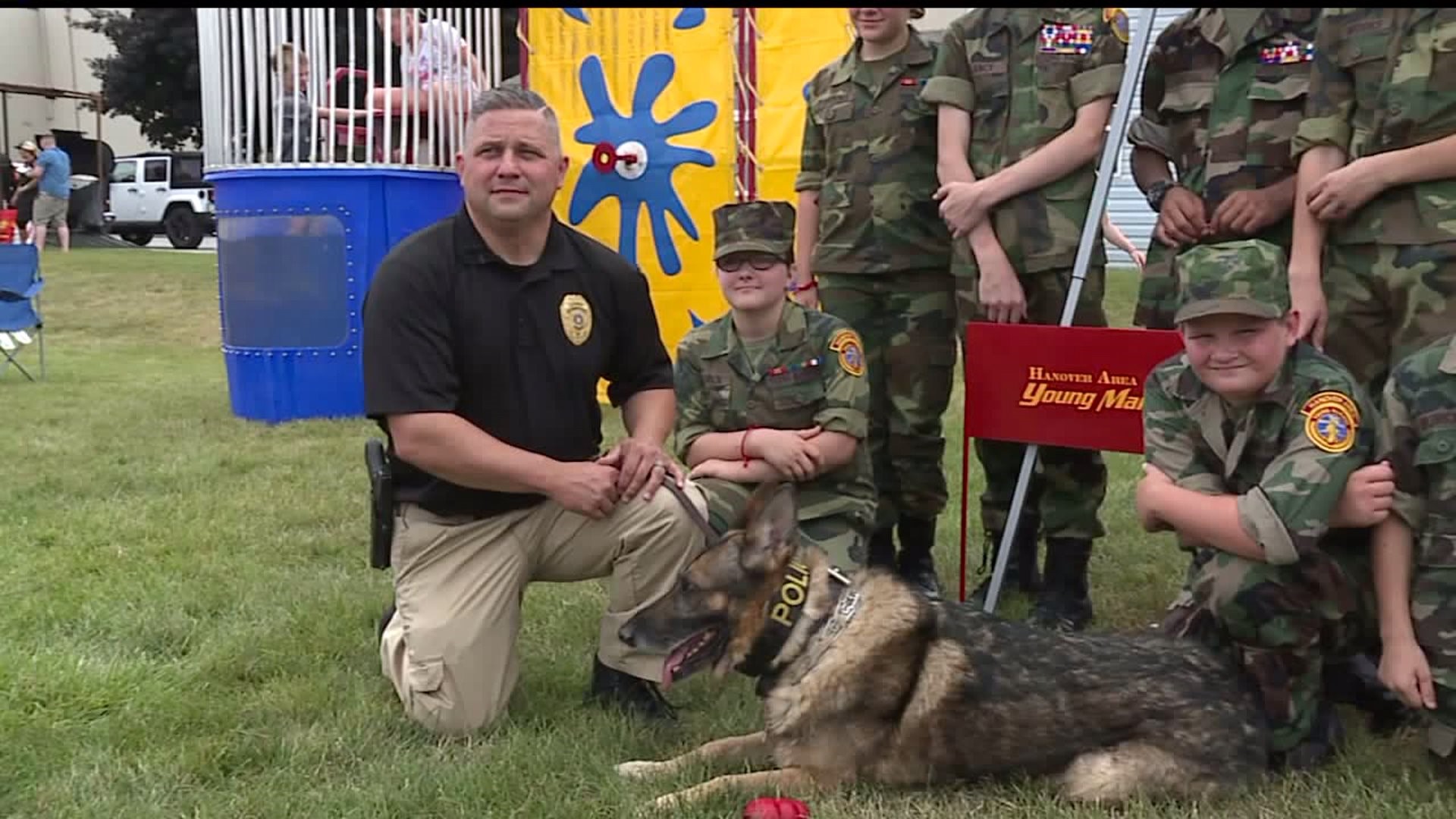 Borough council members are questioning the cost and benefit of the K9 program, and many in the town feel the program's future is unclear.

Those council members say Ozi could be a liability, as he is getting older, and the program is costing taxpayers.

Ozi is the 9-year-old German Shepherd, who is quite a bit of controversy within the community.

"Basically, in the past 5 years, council has never looked at the program and never looked at what the costs were. It just kind of ran itself," said Councilman Steve Pascoe.

"Unfortunately, after doing a cost analysis study, I found it cost over $43,500 roughly," added Pascoe.

It all started on June 19th, when the president of council, requested a report from Chief Woods while Woods was on vacation.

The email reads: "Hi Mike. There has been a lot of talk about the K-9 program lately and Council would like to discuss the future of it with you at the July 11th Meeting. In order for us to evaluate properly we would appreciate if you could give us the following information: 1. How many times has Ozi been deployed since the start of his service with the Borough until now? 2. How often was he used in the Borough? Please list dates and reasons for deployment. 3. What locations outside the Borough was he used? Please list when, where and why he was utilized. I appreciate your time in preparing this information. Would you please show it in spreadsheet form and forward to all Council members by next Wednesday, June 27,2018."

Chief Woods has since said council did not ask for sufficient information and a comprehensive report, detailing all of Ozi's service, would take more time than that.

"We are actually in the plus, in terms of donations compared to expenses," said Chief Woods.

Councilman Pascoe created a few reports, including Ozi's deployment, a document which states Ozi spends more time out of the borough than he does in McSherrystown - 96 total deployments since 2014 but only 23 in McSherrystown.

One neighbor believes that's just part of Chief Wood's mutual aid agreement. She says with or without Ozi, the chief would be on the scene to support those municipalities.

"If chief responds on a mutual aid call, and he gets there, and there's a reason to bring Ozi out, that's like saying, 'well, you didn't want me to bring my gun, so I didn't bring it," said Dani Smith, a concerned resident.

Smith shows FOX43 all the right to know requests she's filed since the program came under question, like another report, titled the McSherrystown Borough K9 Cost/Benefit Analysis Study. She says she's skeptical of the costs associated with the K9 vehicle's maintenance.

Smith says she also doesn't understand the gas mileage to and from scenes where Ozi provides assistance; she says it just doesn't add up.

A Facebook page was created in support of Ozi and his service; some residents believe the program could end.

"We have no plan to end the program at all. We want to monitor it. We want to get a good grasp over expenditures," explained Councilman Pascoe.

Because of that, the August 8th meeting has been moved to the McSherrystown Knights of Columbus building next to council chambers.

Council members say they want to hear from residents at the meeting about the K9 program and encourage people to voice their opinions.