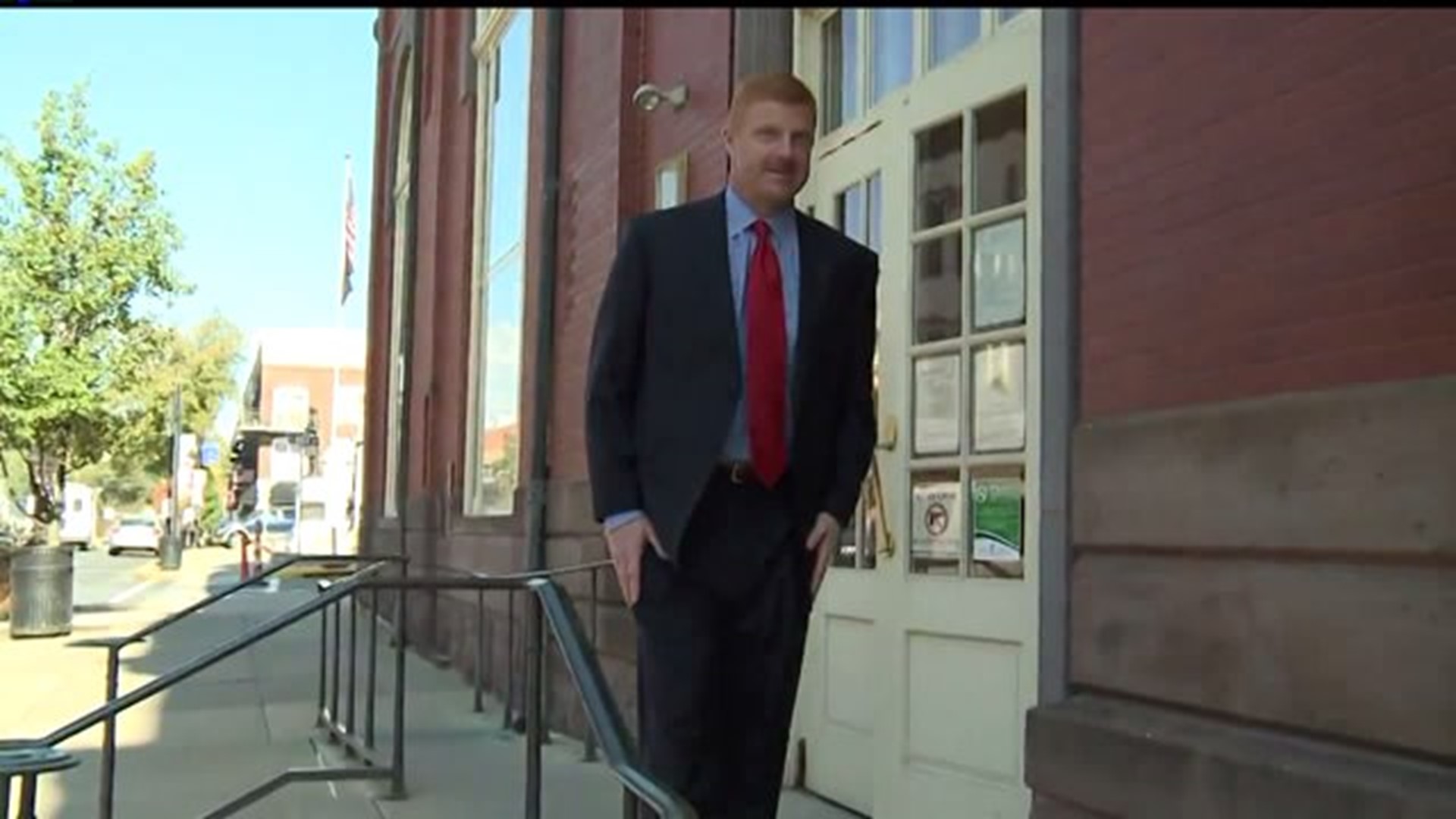 BELLEFONTE, Pa. -- Lawyers to former Penn State football player and assistant coach Mike McQueary argued Tuesday that the school crafted a narrative to defame him in the days leading up to and after the arrest of Jerry Sandusky in November 2011.

Witness testimony on the second day of McQueary's whistleblower trial against the university focused on the statement authored by former Penn State President Graham Spanier which was published the day Sandusky was arrested on November 5, 2011. It was a fierce defense of former athletic director Tim Curley and former Vice President of Business and Finance Gary Schultz, in which Spanier wrote the two administrators had his "unconditional support" against "groundless" charges of perjury, obstruction, and child endangerment.

McQueary's attorney, Elliot Strokoff, argues that such a strong endorsement reflected on McQueary's character once his name was outed days later as the graduate assistant who saw Sandusky in a Penn State football facility shower with a young boy.

On Tuesday, two former Penn State employees testified to being in the administrative meetings with Graham Spanier in which he said he wanted to release a statement in support of Curley and Schultz. The meeting, which occurred on October 28, a week before Sandusky was arrested, began the process of crafting the statement.

Cynthia Baldwin, Penn State's top lawyer at the time, testified that she had received a tip from the Office of the Attorney General that charges would soon be filed against the two administrators, possibly dealing with perjury.

Strokoff also showed Baldwin e-mails with drafts of Spanier's statement she sent to Caroline Roberto and Tom Farrell, who, at the time, would soon become lawyers for Curley and Schultz respectively.

Mahon, who served as the university's head of public relations during the scandal, said he barely knew of Mike McQueary as an assistant coach on the football team.

"I did not know (McQueary's) name was connected to the presentment," Mahon testified. "I don't remember his name being connected with any coverage that morning (of Nov. 5)."

According to the university, any damage done to Mike McQueary was the result of his own doing. Nancy Conrad showed a series of news articles in the days after the grand jury presentment was released and McQueary's name became public. The articles were specially hard on McQueary, criticizing him for not doing more to stop Jerry Sandusky in 2001.

McQueary's attorney did infer during the afternoon that his client would testify during the course of the trial, but did not specify when.