Mayflies in York Co. creating problems for drivers and homeowners

WRIGHTSVILLE, Pa. — The lights on the Route 462 Bridge in Wrightsville, York County, are turned off to stop mayflies from swarming all over the bridge. No... 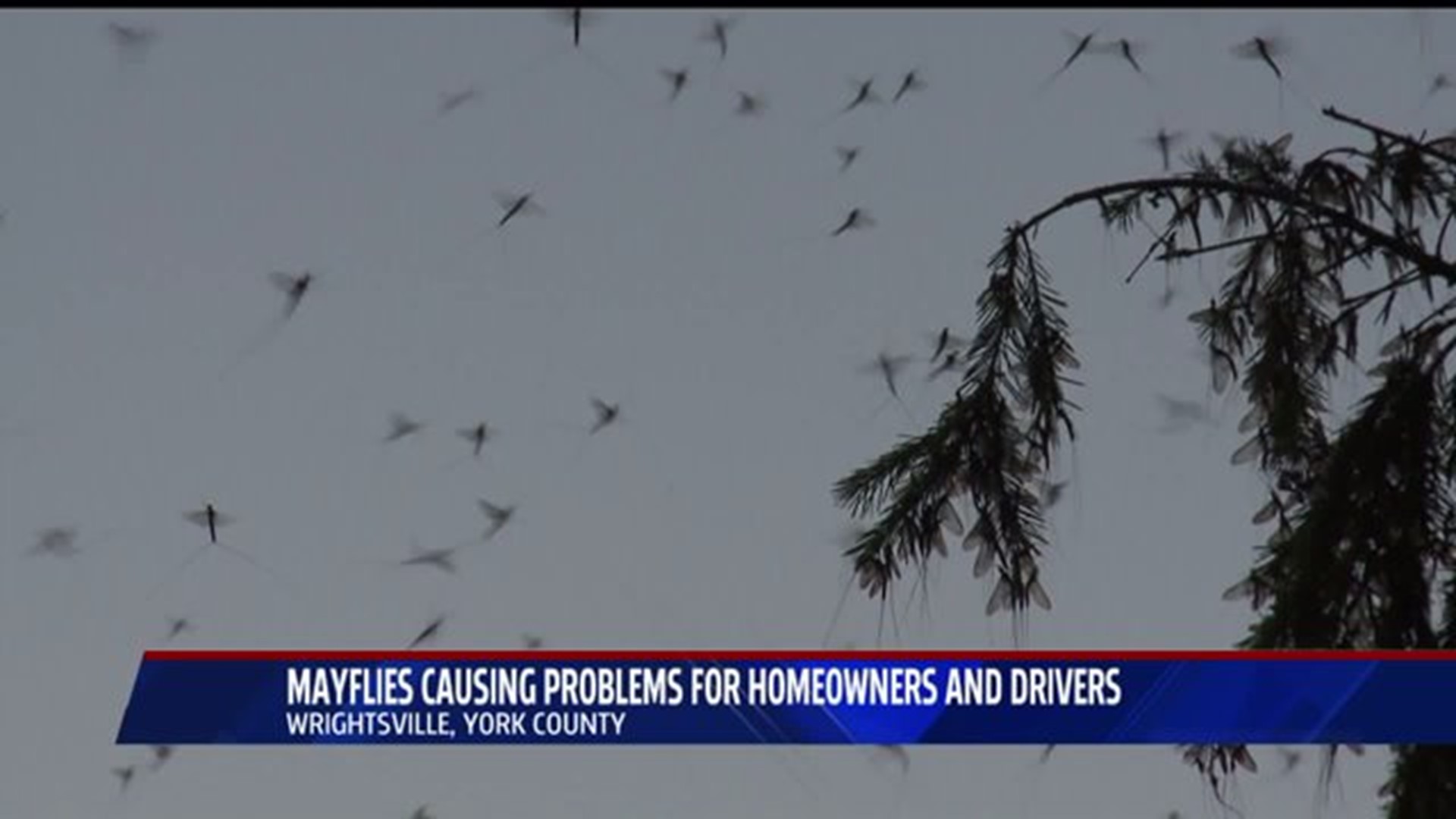 WRIGHTSVILLE, Pa. -- The lights on the Route 462 Bridge in Wrightsville, York County, are turned off to stop mayflies from swarming all over the bridge.

Now that the insects aren't there, the mayflies are creating problems for people in other areas.

Thousands are covering homes by the Susquehanna River.

Joyce Kohr, whose home is on Fishing Creek Road, said, "Unbelievable. They never go away. They're here for at least another week to two weeks."

The mayflies are covering every inch of the house - from the mailbox to the driveway.

Kohr has to deal with these bugs every time she comes and goes from her house.

"We dragged it the whole way into the house with the groceries. So it's just not a fun thing," she said.

She said the number of mayflies she's seen this year is much more than previous years.

The bugs aren't only swarming homes but bridges too. Jose Santiago and his wife drove over the Route 30 bridge and saw the mayflies make it hard to see at night.

The couple said the bugs were relentless.

"They started hitting the windshield really fast. Like a mass of them. And then we turned our windshield wipers on so we could see out the window. I mean that's how bad it was, and once we went across the bridge it went away," Santiago said.

PennDOT officials said they have not received any complaints about mayflies on the bridge yet.

Fritzi Schreffler, PennDOT spokesperson, said, "If the mayflies are being attracted over there now that the lights are off on the other bridge, it would be the headlights of vehicles. And there is a large number of vehicles that are traveling all day and night on 30."

But Santiago thinks it's dangerous to have to see through the swarms while driving.

"I'd say there was some safety concerns there. I think they need to do something about it. Someone could have a serious accident," he said.

PennDOT officials warn if you are driving on the bridge at night, keep your headlights on and slow down.

But there should be relief soon. Mayfly season ends in about two weeks.