Matthew Hanes remembered as a ‘Hero with a soul’

YORK, Pa. — Matthew Hanes owned his world. He owned the smile which friends remember lit up every room he sat in. He owned the pain and suffering which en... 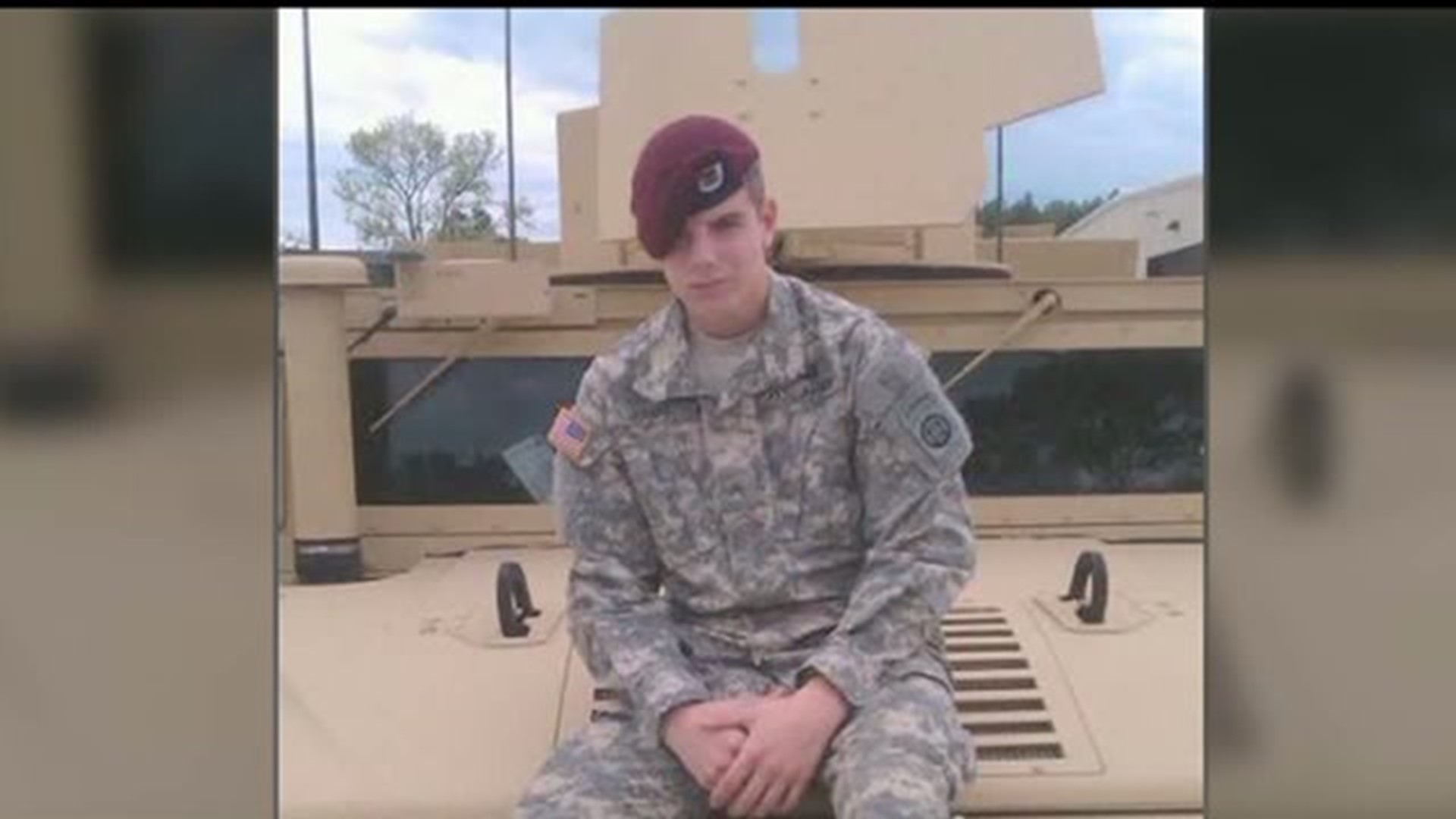 YORK, Pa. -- Matthew Hanes owned his world. He owned the smile which friends remember lit up every room he sat in. He owned the pain and suffering which endured since 2012 when he was shot while fighting in Afghanistan and ended up paralyzed from the neck down. And he owned his recovery; a daily fight to get better which the 24-year old Army veteran from Manchester, York County took with him until he suffered a blood clot which would ultimately stop his heart.

Matthew Hanes died on Friday, August 7, surrounded by family and his closest friends from the Warrior Brotherhood Veterans Motorcycle Club. One week later, his "brothers" gave him one final hero's send-off, joined alongside motorcycle clubs from across the region.

"He was a hero," Christine Mortorff remembered. "A hero with a soul."

Mortorff was with a large group of friends from the White Rose Motorcycle Club from Spring Grove. They had known Matt since he returned home from Afghanistan in 2012, and helped organize charity motorcycle rides to raise money for his family.

"The journey has been amazing," Mortorff said. "The end is sad, tragic, and unexpected."

Friends thought Hanes' health was improving, which made his sudden death such a shock. He earned the nickname "Scrapper" because he did just that: He scrapped, and fought, each day until he passed. Warrior Brotherhood members wore t-shirts under their biker jackets Friday at Hanes' viewing service and funeral which read "Scrapper 8/7/15". When his health took a turn for the worse, the motorcycle club sat with him and his family at the hospital. Bob Salter, a member of the Warrior Brotherhood, said at least six people watched over him at all times in his final days.

"We were on constant watch. We had a flag on him at the hospital," Salter said.

They covered Hanes with an American flag like a blanket. When he passed, and doctors took him away to save his organs for donation, the motorcycle club folded the flag and placed it on hospital bed.

"Matt was a hometown hero. An awesome individual," Salter said. "He was a patch-member of the Warrior Brotherhood. So his whole family became part of our family."

Matt Hanes' touched people he didn't even know and who barely knew him. At the family's viewing service on Friday, around 25 members of the Pennsylvania chapter of the Patriot Guard stood watch over Memorial Hall at the York Fairgrounds where family and friends paid final respects. All of them veterans of American wars, the Patriot Guard was formed to protect families from the Westboro Baptist Church when they protested at military funerals. On Friday, the Pennsylvania chapter paid their respects to Corporal Hanes' and his family. They formed a line, each holding American flags, allowing people to walk peacefully into Memorial Hall.

"Seeing the eyes of the family as they walk past -- when they see the flag line, you know it means something," said Douglas "Doc" Kimbell, President of the Pennsylvania Chapter of the Patriot Guard.

Matt Hanes' will always be remembered as a hero in more ways than one. Nearly 200 motorcycles traveled with his hearse from the York Fairgrounds to Mt. Rose Cemetary in Spring Garden Township.  Bob Salter, speaking for the Warrior Brotherhood, said, "We'll be there with him from now until the end of time." 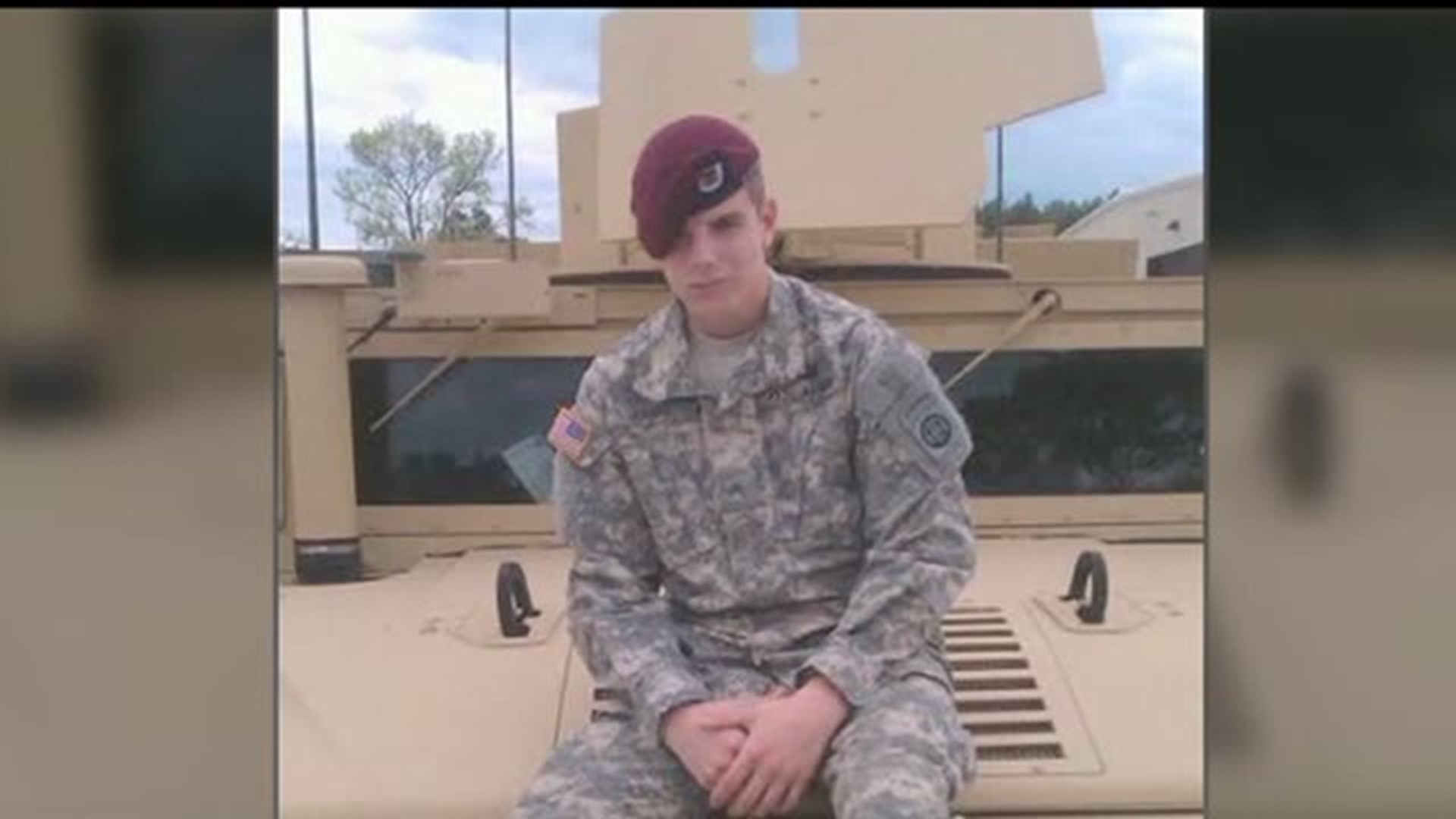