By Matt Maisel A married couple was shot dead in their Lancaster Township apartment overnight, and police believe one of the two was also the shooter. Police ha... 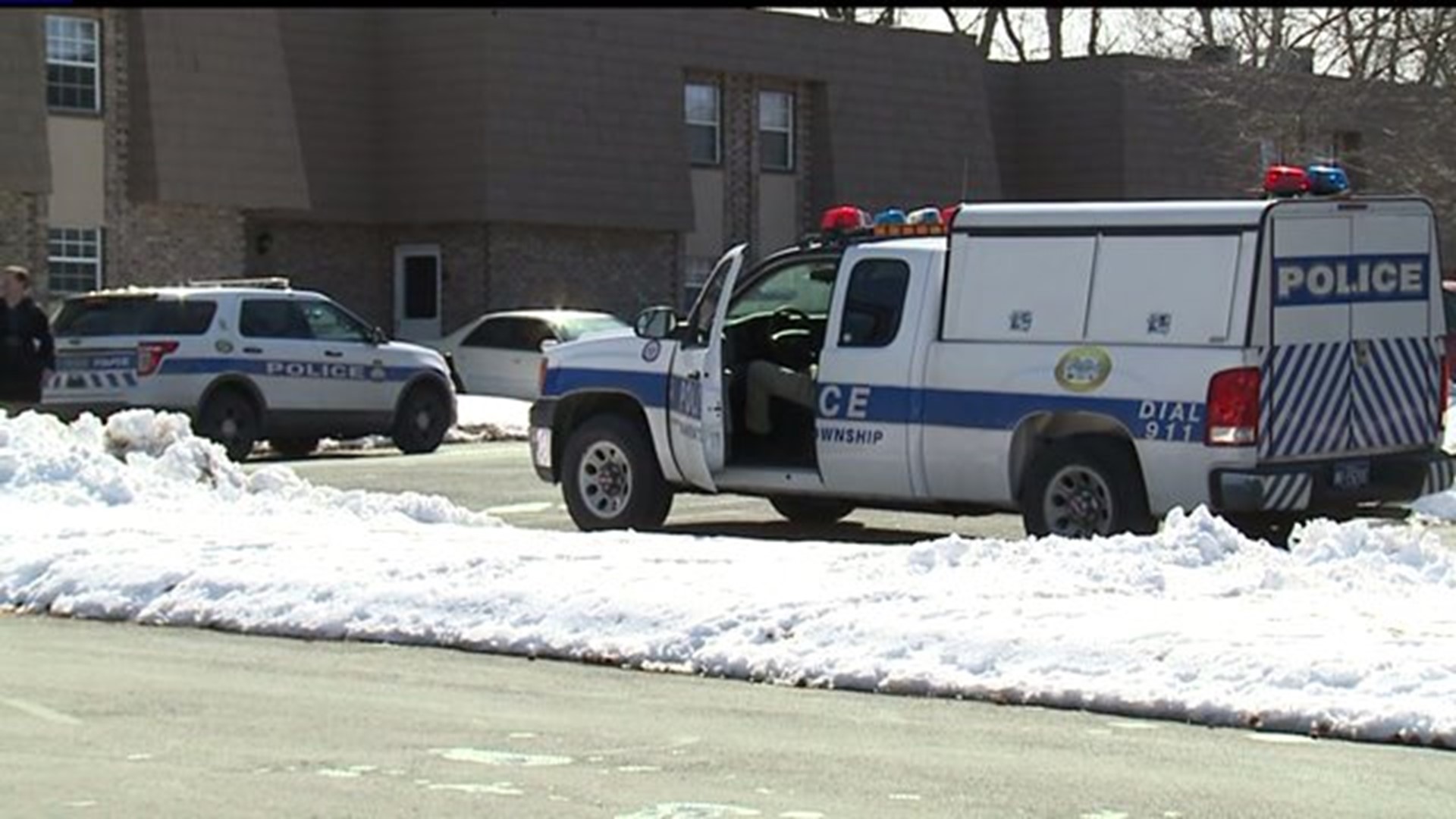 A married couple was shot dead in their Lancaster Township apartment overnight, and police believe one of the two was also the shooter.

Police have not released the couple's names, but did say their two children were home at the time, along with another adult couple who was visiting.

Police did not say if anyone in the home witnessed the shootings, which he classified as a homicide, or what time the shootings occurred.

"We're going to look through the history of their relationship," Manheim Township police chief Neil Harkins said. "Husband and wife.... We are treating this as a domestic situation."

Harkins said Manheim Township police received a 9-1-1 call from a family member at 9:40 a.m. Saturday. When police arrived, they found the couple dead in their bedroom.

Harkins said a hand gun was found at the scene.

The news was shocking to people inside the Kensington Club apartment complex outside Lancaster. Neighbors described the couple as quiet and peaceful, often times found walking or jogging around the neighborhood or with their children playing in the park.

"We've never scene police presence like this here," said neighbor Tezra Niblack, a senior student at nearby Millersville University. "This is a good neighborhood."