March for Babies hosted in York

EAST MANCHESTER TOWNSHIP, York County – The rain did not stop people from leading the fight for healthier moms and babies in York. The march for babies wr... 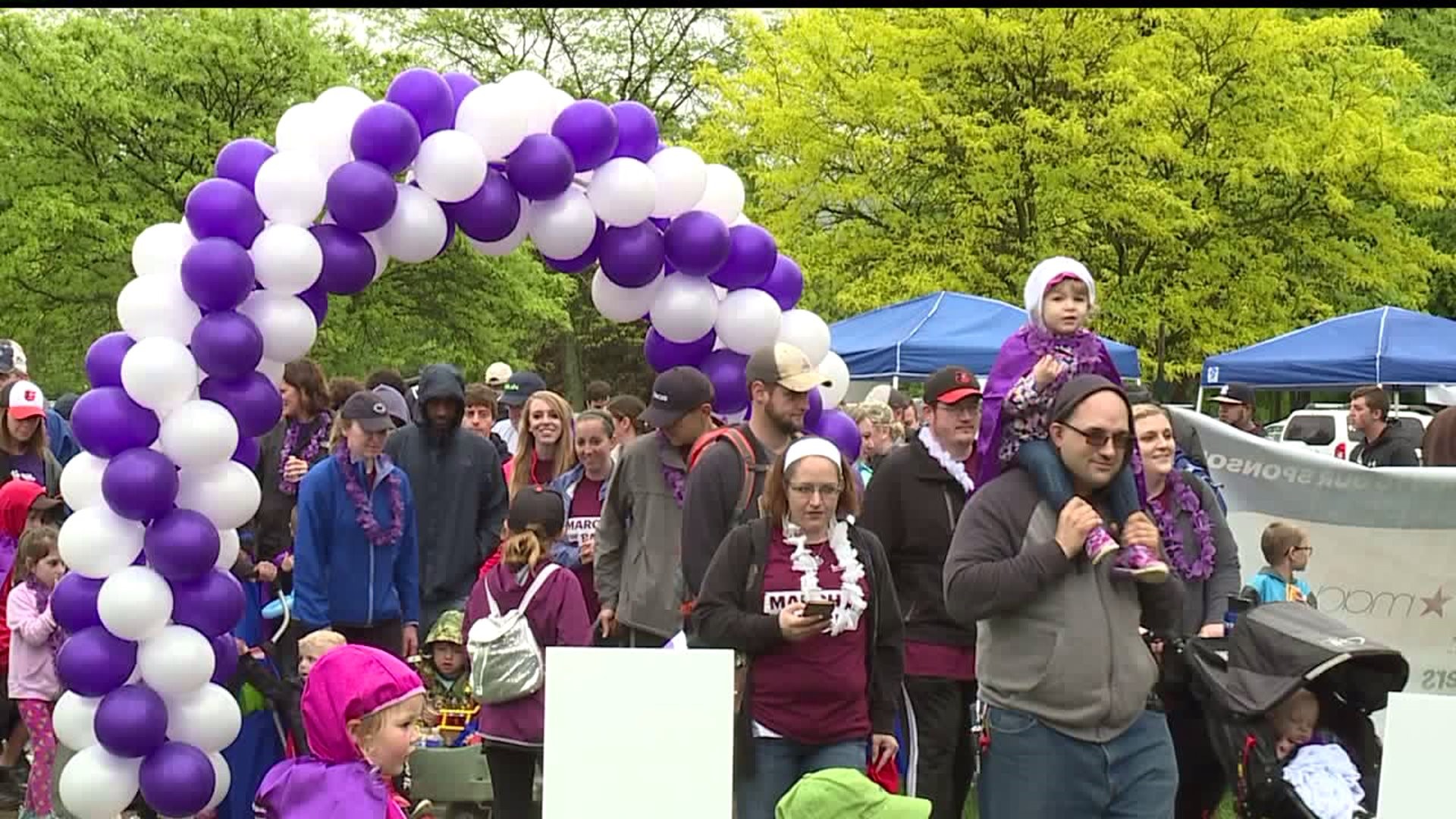 EAST MANCHESTER TOWNSHIP, York County - The rain did not stop people from leading the fight for healthier moms and babies in York.
The march for babies wrapped up in Central Pennsylvania at the John C. Rudy County Park on Sunday. The March of Dimes hosted several walks in our area this past couple of weekends. The walks were to support women who have struggled during or after pregnancy and those who have lost a loved one.

Fox43's Amy Lutz and Matt Maisel were also there and served as emcees.

Jessica Jenkins said her family was the ambassador family. She also mentioned they wanted to walk to raise awareness after their son was born premature at 33 weeks, weighing only 4.6 lbs.

"This affects everybody and it can happen to anybody at anytime who is looking to have children," said Jenkins, "We weren't expected to happen to us, sometimes it can happen out of nowhere. I think having this support and the medical technology to keep these kids alive is so insanely important."

More than $50,000 were raised at the march in York. However, between all of the walks hosted in Dauphin, Lancaster and York counties, over $200,000 have been raised.