YORK, Pa.- Valentine’s day is right around the corner, it is a time to celebrate romance between couples. Many of them, embarking on a new chapter by way of get... 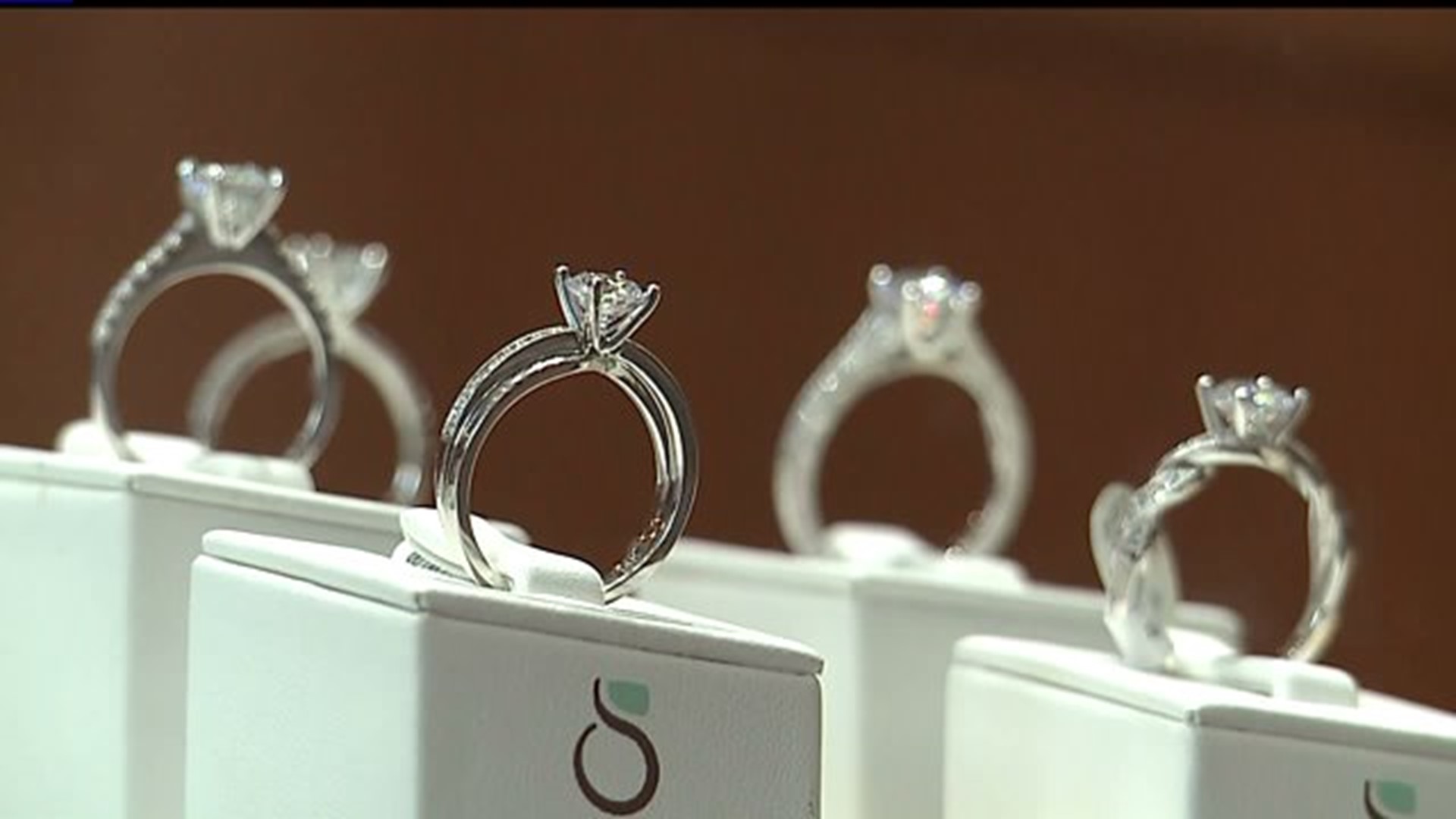 YORK, Pa.- Valentine’s day is right around the corner, it is a time to celebrate romance between couples.

Many of them, embarking on a new chapter by way of getting engaged. But that new chapter, is gonna cost ya. Diamond prices in the US are up 75% since 2009.

Nearly 6-million couples will likely pop the question on Valentine’s day—and the ring used to ask the burning question, will cost on average… 24-hundred bucks-- that’s according to an American Express report.

Now, there is another option when it comes to girl’s best friend—one that’s more forgiving on your wallet, and the environment too.

"These diamonds have been a curse for the people who live in the regions where they are."

Anna- Mieke Anderson, the CEO of MiaDonna & Co. says, “It is consumer choice, and I believe more consumers now are looking for a choice when they buy their products. And a choice for a product that is going to help the environment and help humanity.”

She along with Muhammad Ali’s daughter, Khalia stand behind the option of a lab grown diamond.

“I’m one person, I made a decision of what I was and wasn’t going to do.”

That choice was to purchase a conflict-free, and environmentally friendly diamond made by MiaDonna, supporting the Greener Diamond Foundation.

Anderson says the manufactured diamonds are coming from right here in the United States.

“Diamond mining is extremely invasive on the environment, eco-systems and wildlife are absolutely destroyed. It is harder to find diamond mines now, so we have to go deeper and to more remote areas.”

Anderson says millennials are particularly fond of the lab-diamonds not just because of the 20 to 30 percent price break, but also because they appreciate the technology it takes to grow a diamond.

And while you can go online to scope out the selection at MiaDonna, you can also see them for yourself at Adams Jewelers in York.

Joe Adams, the owner of Adams Jewelers says the price point is a big selling point, “They are less expensive. But yet you still have all of the characteristics of a diamond—you get the sparkle of the diamond, and you get the durability of a diamond.”

Adams says what happens in nature when it comes to a diamond, is duplicated in the lab grown process—making it virtually impossible to tell the difference.

Anderson says, “They are gaining popularity, we have been doing research and development for decades—but now we can get them at 6.28 carets, colorless and made in the US—our technology is perfect now.”

A diamond is forever, and it may still carry a stigma of being a conflict diamond—or so called blood diamond.

Khalia Ali says,"These diamonds have been a curse for the people who live in the regions where they are."

However, Adams says that perception isn’t entirely true anymore and that those diamonds only make up 1% of 1% of all diamonds produced.

“Overall, it’s such a small percentage, it does get blown out of proportion a little bit.”

“The diamond industry is very highly regulated; we pretty much know where diamonds are coming from. I could tell you exactly what mine in south Africa the diamond came from if you wanted. We have to keep paperwork all the way through.”

Adams Jewelers stands by selling mined diamonds, as Adams says mining diamonds is the sole income for some in these countries.

“Generally, we are bringing these out of third world countries, and there are miners there and this is their occupation, they go through the riverbeds and they pan for diamonds, and this is how they support their families”

When it comes down to it, lab grown diamonds are gaining in popularity, but mined diamonds still have a stronghold on the industry.

“Number one would be just the romance of it—you know this is something that was formed in nature, it took 40 million years for this one diamond to grow, it is unique.”

Lab grown diamonds take about a year to create in an environment that basically mimics the growing process of a diamond.

Adams jewelers does offer a customization option—if you have your heart set on something, Joe says they can most likely make it for you. Click here to scope out their selection http://adamsjewelers.com/

Click here http://www.miadonna.com/ to learn more about MiaDonna & Co. and the Greener Foundation,