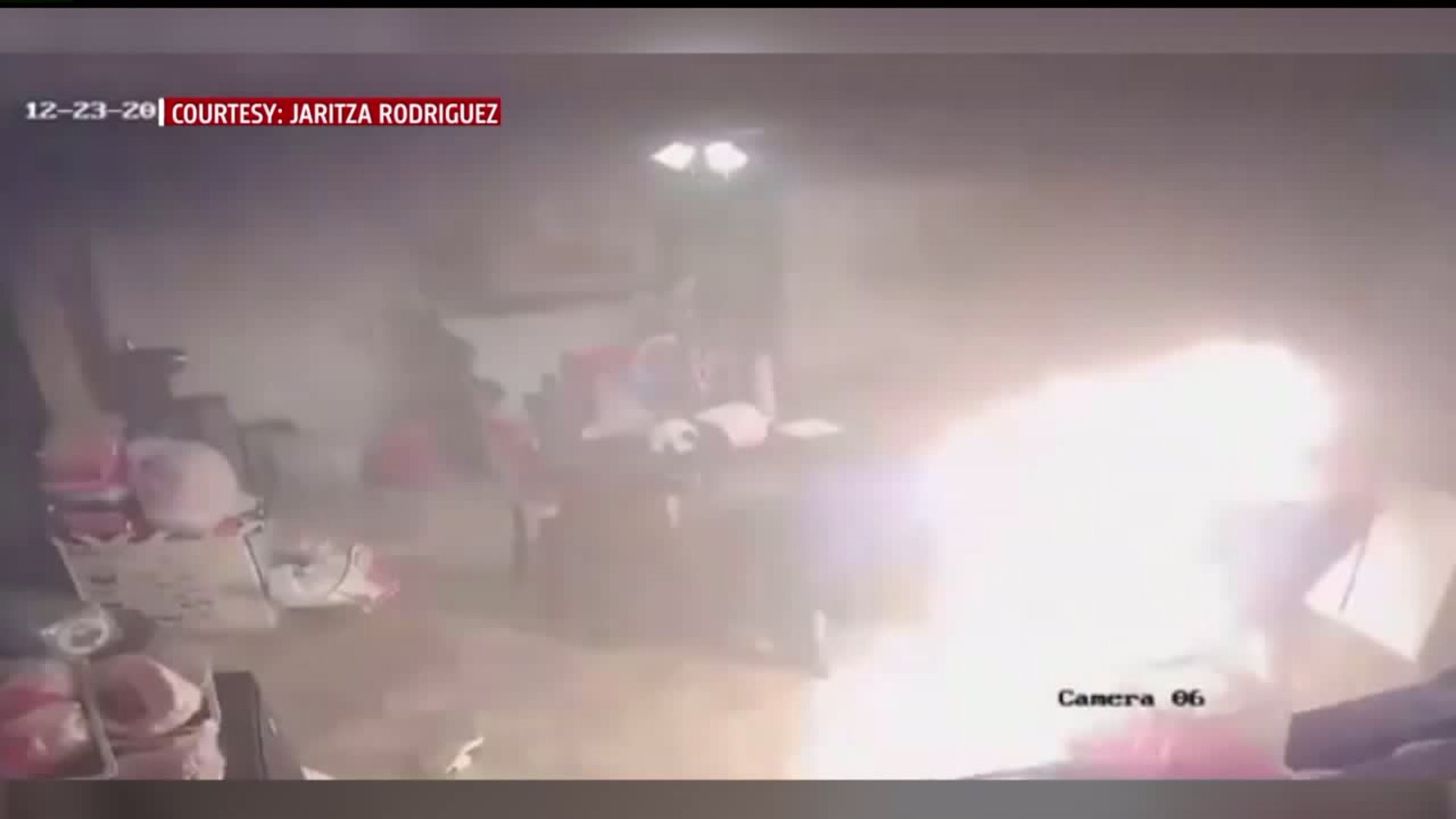 In a  FOX43 exclusive, that man and his wife are now speaking out, sharing how his bravery changed their lives forever.

“I was like oh my god and freaking out! I’m thinking we have to get out of the house," said Jaritza Rodriguez.

Jaritza  Rodriguez says she and her husband Robert Rodriguez were preparing dinner at home when a pan went up in flames.

“I decided to put the pan to heat up and I went over to the living room and started to pick up for two minutes and my son says mom I see smoke," said Jaritza Rodriguez.

In sheer panic Rodriguez says she tried to turn off the stove, but the smoke turned into a fire within seconds and spread to the microwave and cabinets above.

“I was so nervous, I was freaking out, I didn’t know what to do and I’m just screaming from the top of my lungs," she added.

That's when her husband, Robert came to the rescue from a back bedroom.

"My wife told me let’s get outside, we can’t do anything, let’s go outside, but in the moment I was just thinking my house my kids and Christmas," said Robert Rodriguez.

In surveillance video from inside of the home you see Rodriguez without hesitation, grab the pan bursting in flames with his hand.

“When I see him grabbing the pan I said he’s going to die," said Jaritza Rodriguez.

Part of his body caught on fire as he attempted to throw the pan out of the back kitchen door.

“I had to calmly walk to try not to catch anything else on fire but in that moment the flames went up to my shoulder," said Robert Rodriguez.

Leaving his right hand and foot with second degree burns and without the ability to work.

“He works so hard. He works every day and I just get really emotional," said Jaritza Rodriguez.

However, Robert says he would do it all over again if he had to.

"For my family, I would do anything," said Robert Rodriguez.

That Rodriguez family says they’re just grateful to be alive and have a roof over their head.

“Amen, Amen that’s what keeps us going our faith and you know, that God is always with us," said Jaritza Rodriguez.

To help the family out until Robert Rodriguez recovers and is able to get back to work and support his family again, a GoFundMe page has been set up to help them out here: gofundme.com