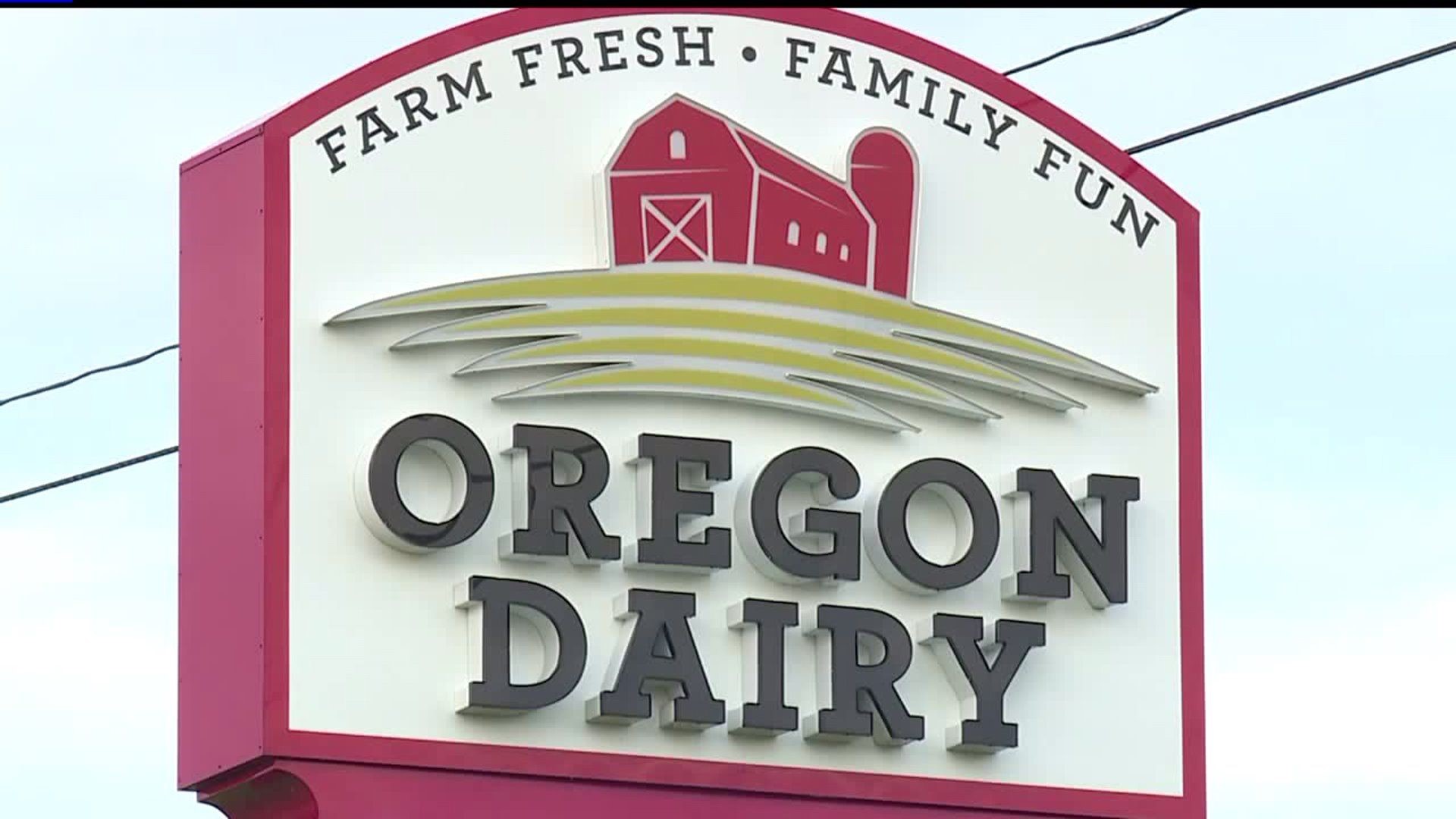 This comes after a number of public hearings on the current plan and roughly two and a half years after the commissioners unanimously rejected an Oregon Village plan.

He said this current plan did not, saying it is proposed in all residential zoning.

"This project meets all the legal requirements necessary for approval. We followed the law, and that's why it got approved," said Kling.

Supporters of the plan have said Oregon Village will boost the area economy, specially citing the Lancaster County "places2040" initiative.

Victor Hurst, co-owner of Oregon Diary, said it's been a "grueling" process leading up to the approval Monday.

"I think [the commissioners] did a really good job of hearing both sides of the argument. I think they read the proper decision and the communication is definitely going to be open going forward as we move forward in the process. This is just the first step," said Hurst.

He said he believes the site will bring positive change to the area.

"We're going to be doing $6 million worth of improvements to the roadways so we will alleviate a lot of failing intersections in this process so we think it's a good place," said Hurst.

Commissioners Thomas O'Brien and Samuel Mecum both voted in opposition to the plan.

"It is clear to me now that this project, in it's current form, will have a substantial, adverse effect on traffic, our schools, public safety and the character of Manheim Township," said O'Brien at the meeting Monday.

Mecum said he did not believe this plan was fundamentally different from rejected plan from 2017 and said he wishes they could approve parts of the plan while denying others.

"It's not smart to do this level of growth in this particular vicinity," said Mecum.

The majority of people in attendance for the vote on Monday voiced opposition to the decision.

Kathleen Schuman of Manheim Township said she was "disgusted."

"I can almost cry, I'm so disappointed in the vote. It seems like money spoke, nothing else did," said Schuman.

Those against the plan raised concerns including the influx in traffic and a negative change to the agricultural character and Amish community in the area.

"We have some of the richest farmland in the country, and here we are paving it. We've paved paradise and put up a parking lot. And it's going to be a parking lot," said Schuman.

"Respect Farmland," a group that has voiced opposition to development since the original Oregon Village plan, said they are "deeply concerned about the fate of the Amish and the trajectory of Manheim Township" following the vote.

"By voting to conditionally approve the sprawling suburban metropolis amidst farmland, these commissioners have disregarded the will of their citizens," said Mary Haverstick, a spokesperson for the group, in a press release.

They also believe their was conflict of interests regarding two of the commissioners, Kling and Heck, saying the two commissioners admitted to accepting campaign donations from the Hurst family.

When asked about the issue, Kling said he had no comment.

"In failing to recuse themselves from this decision after taking funding from the Hursts, Commissioners Heck and Kling prioritized the wants of the developer over the will of their own constituents. If there is any positive from this process, it has been the exposure of the inappropriate relationships that have developed between these officials and monied interests," Respect Farmland's press release says, in part.

Jim Garland, owner of Reflections Restaurant, said the plan will close two of the three access points to his business.

With concerns over losing a quarter of his business, he said he is considering appealing the approval of the plan.

“I worked 80 to 100 hours a week to get to where I am and now here I am, there 35 years and I'm looking at retirement and this comes along so not real happy," said Garland,

Hurst said the Oregon Village site is still, at least, two years away from breaking ground.

He said they still need to finalize the land development plan.