YORK — A York County man with stage four cancer is in desperate need of a living donor. Terry Sutton of Red Lion is looking for a living liver donor that ... 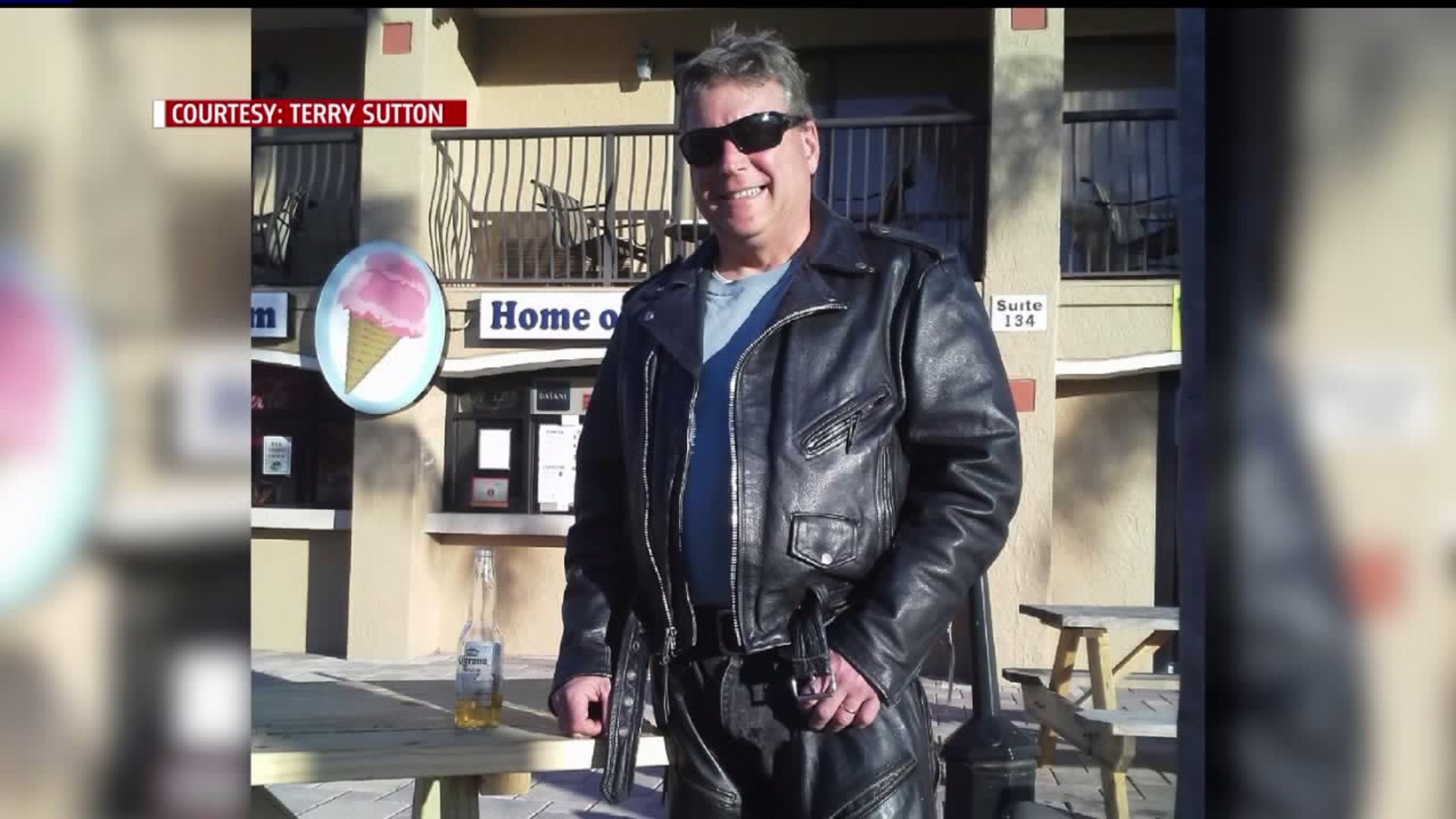 YORK -- A York County man with stage four cancer is in desperate need of a living donor.

Terry Sutton of Red Lion is looking for a living liver donor that will help save his life.

Sutton has been fighting the biggest battle of his life for the last four years.

In March of 2015 a colonoscopy unfolded what would become a race against the clock.

"You have a tumor, we found a tumor and it's bad," a doctor told Terry Sutton.

Just three weeks after hearing the news Terry had part of his colon removed.

However, he wasn't in the clear just yet.

Three of the lymph nodes also removed during that surgery showed signs of stage four cancer.

"So now that meant part of the cancer was in my lymph system and is going to metastasize through my body.'>

One year later a cat scan  revealing the cancer had spread to his liver.

A tumor on the Vena Cava an important vein that carries blood into the heart from the head neck and upper body.

After multiple rounds of chemotherapy and surgeries Terry thought he was in the clear.

Until he found out the cancer was back in his liver.

"In December of 2018 they told me I have one year to live and that the tumor will invade the liver and the liver function will not sustain life," said Sutton.

The Tumor life-threatening pressing against a vital vein.

"Now they are saying no more surgery can be done," said Brenda Sutton, wife.

Just a few weeks ago doctor's gave the Sutton's one last glimpse of hope -- a living liver donor.

"Without that live liver we can't stop the tumor growth," said Sutton, wife.

Even though time is running out Terry and wife are using laughter to help them both get through the hard times.

"You gotta have humor it's just so relaxing, calming and gives you so much energy," said Sutton.

The Sutton's are praying they find a living donor that is the perfect match.

"They are going to give me a chance at life because without them I don't really have a chance to survive," said Terry Sutton.