LANCASTER, Pa. —  A man takes action against Lancaster Bureau of Police and the officer who tased him last week. Sean Williams and his attorneys filed a f... 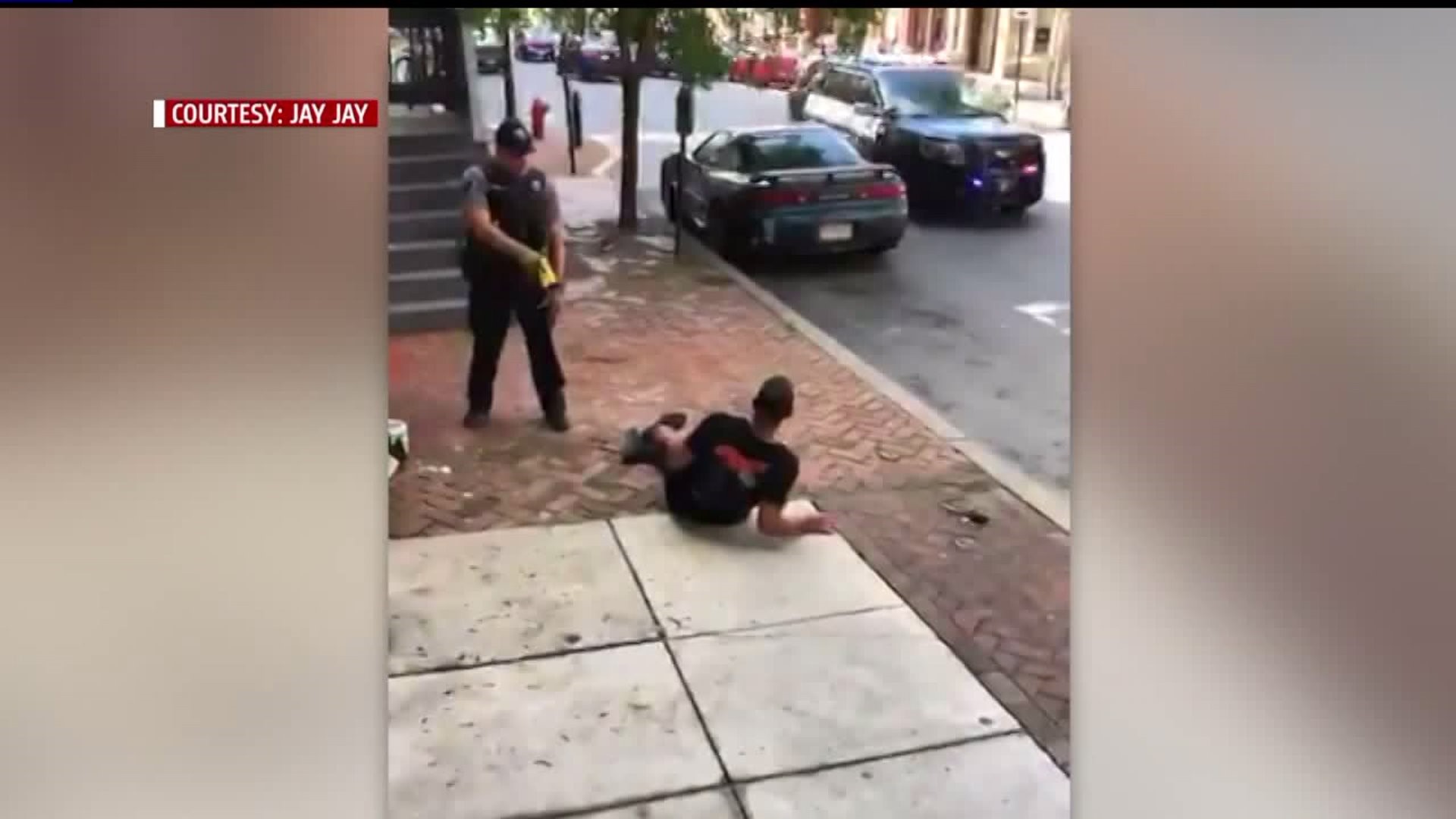 The complaint reads in part: "The Lancaster Police used excessive force by using a taser gun and tasering Plaintiff [Williams] when [Williams] had not committed any infraction or otherwise to legally justify the force used by Defendants in violation of federal law."

A video seen more than a million times shows what lawyers are now calling excessive use of force - Officer Philip Bernot tasing 27-year-old Sean Williams who sits unarmed on a curb on South Prince Street.

"We see absolutely no reason why the police officer would ever use a taser in that instance," said Brian Mildenberg, Williams' Attorney.

According to police, Officer Shannon Mazzante responded to the area for reports of a man chasing someone with a bat; officers later said they never recovered a bat.

When Officer Mazzante arrived, she says a group of people repeatedly asked Williams to get away from them. According to officers, Williams kept asking a woman in the group for his social security guard, and Officer Mazzante asked him to sit down multiple times.

She says he wouldn't comply.

Authorities say Officer Philip Bernot arrived on scene to assist Officer Mazzante, and that's when the two began ordering Williams to stick his legs out and cross them.

Lancaster Police explained those commands to FOX43: "This is done as a measure of control to insure that if someone is going to flee or offer physical resistance, they will have to move their legs under them to do so. Non-compliance is often a precursor to someone that is preparing to flee or fight with Officers."

According to William's attorney, the commands were confusing and the tasing unnecessary.

"If police are allowed to just shoot you, or tase you, or hit you without regard to what you're doing, that's not the country we live in," said Mildenberg.

FOX43 asked Mildenberg, "What should they [police officers] have done?"

"I think they should have been a little more patient, and there appeared to be two officers giving somewhat inconsistent orders," responded Milderberg.

He also tells FOX43 those officers should have taken steps to deescalate the situation.

Mayor Danene Sorace told FOX43 there's a solution for cases like this: "This just affirms for me my determination to make sure that all of our officers have body cameras to ensure transparency and to obviously promote and restore trust," she said.

"If we're not included, we will proceed on our own, and we'll be moving quickly to make recommendations to include in the 2019 budget," she said.

A spokesman for Lancaster City Police declined to discuss the lawsuit; he says the department will release an official statement later this week.

In addition to the monetary damages - the lawsuit also requests the court order police officer training for these kind of situations.

Reggie Shuford, executive director of the American Civil Liberties Union [ACLU] of Pennsylvania, sent FOX43 this statement regarding the incident: "When Tasers first became available, they were marketed as an alternative to police using deadly force when they are or someone else is in danger of harm. As this incident and many others have shown, police are not reserving the use of these stun guns only to end potentially harmful situations but are using the weapon as a go-to device for control, even when no one is in any danger. Whatever brought Sean Williams to the attention of the Lancaster police, he was clearly not a risk to harm anyone when he was shot with the Taser.

The ACLU of Pennsylvania agrees with our allies at Lancaster Stands Up, a local grassroots community group, in its three demands that the officers involved are suspended immediately, the police and the city participate in a community meeting to address residents’ concerns about excessive force by city officers, and the city create a citizen-police review board. Anything short of at least this much will send the exact wrong message. Police officers in Lancaster need to know that they will be held accountable when they brutalize the city’s residents.

This kind of treatment by law enforcement officers is nothing new for Black and brown people. Yet, people of privilege who are not subject to this kind of harassment and violence tend to believe us only when it’s captured on video. Until that changes, the best tool for police accountability is the smart phone in your pocket."