YORK, Pa. — Some people say all you need is a hug when things get rough. John Beck of York County is doing just that. He says he is making it his mission ... 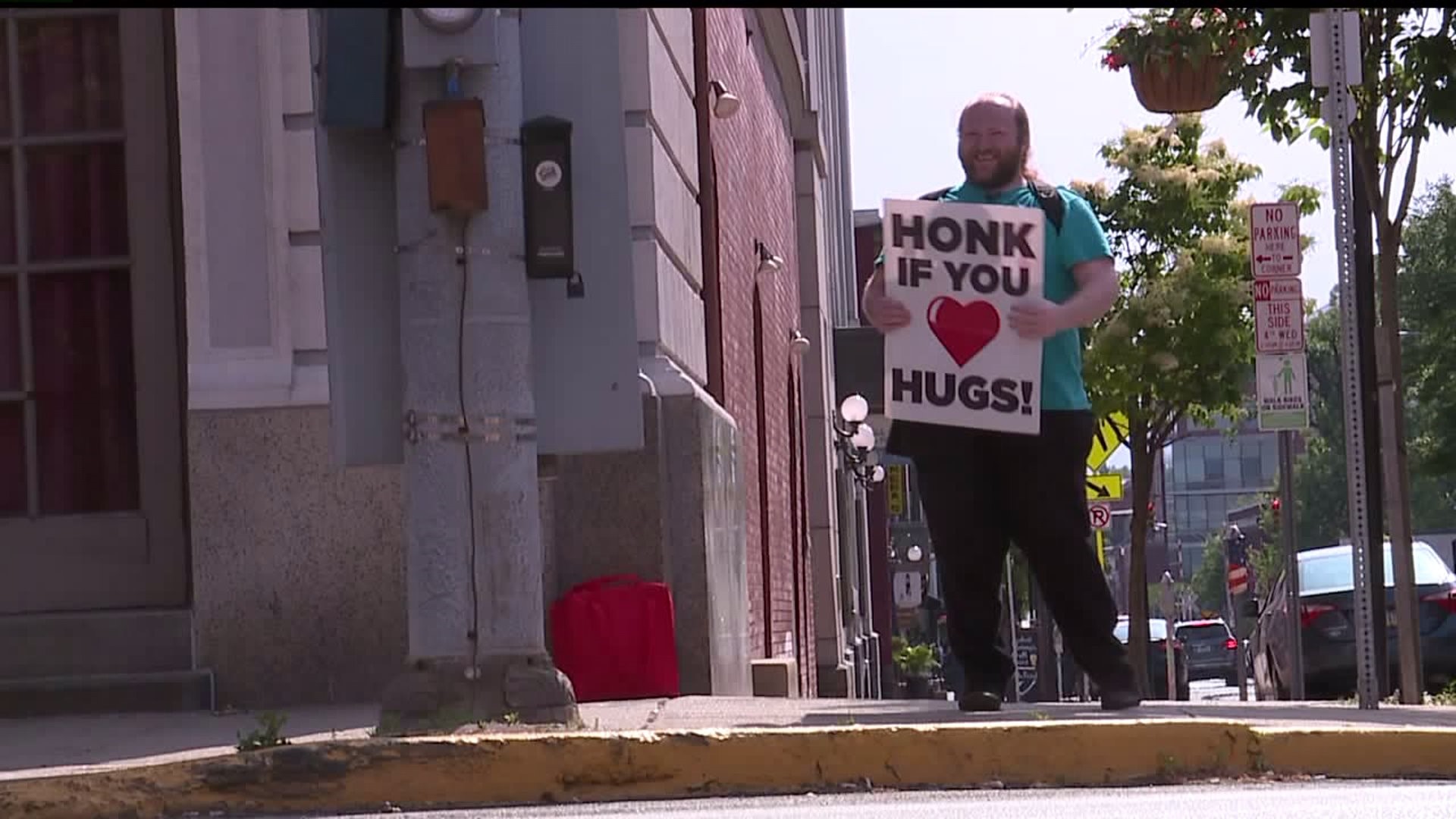 YORK, Pa. -- Some people say all you need is a hug when things get rough.

John Beck of York County is doing just that. He says he is making it his mission to make people smile, one hug at a time.

Three years ago Beck says cousin's death put him on an emotional rollercoaster.

"I was trying to think of something positive to get out of my depression and a friend of mine we got together and we came down to the square and we just decided to do free hugs," said John Beck.

It was then that he says he realized there was something special about embracing strangers with open arms.

"People were jumping out of their cars, we probably got about seventy hugs, it was insane," said Beck.

He says what once healed his pain started to heal others.

"When I first started doing this obviously it was therapy for myself," said Beck. "Now I am helping people, it's amazing, it feels good," he added.

"There was this one lady who started telling me a story how she's 93 years old, never was married and never had any kids and had not been hugged in 30 years," said Beck. "That was incredible that really inspired me to keep doing this."

"There's so much negativity in the world and I want to give positivity back because we need it, especially these days," he said.

If you'd like to join the #FREEHUGSYORKPA movement visit: facebook.com/freehugsyorkpa