ANTRIM TOWNSHIP, Pa. — More than a year and a half into their investigation police have charged a West Virginia man for the murder of a man driving on I-8... 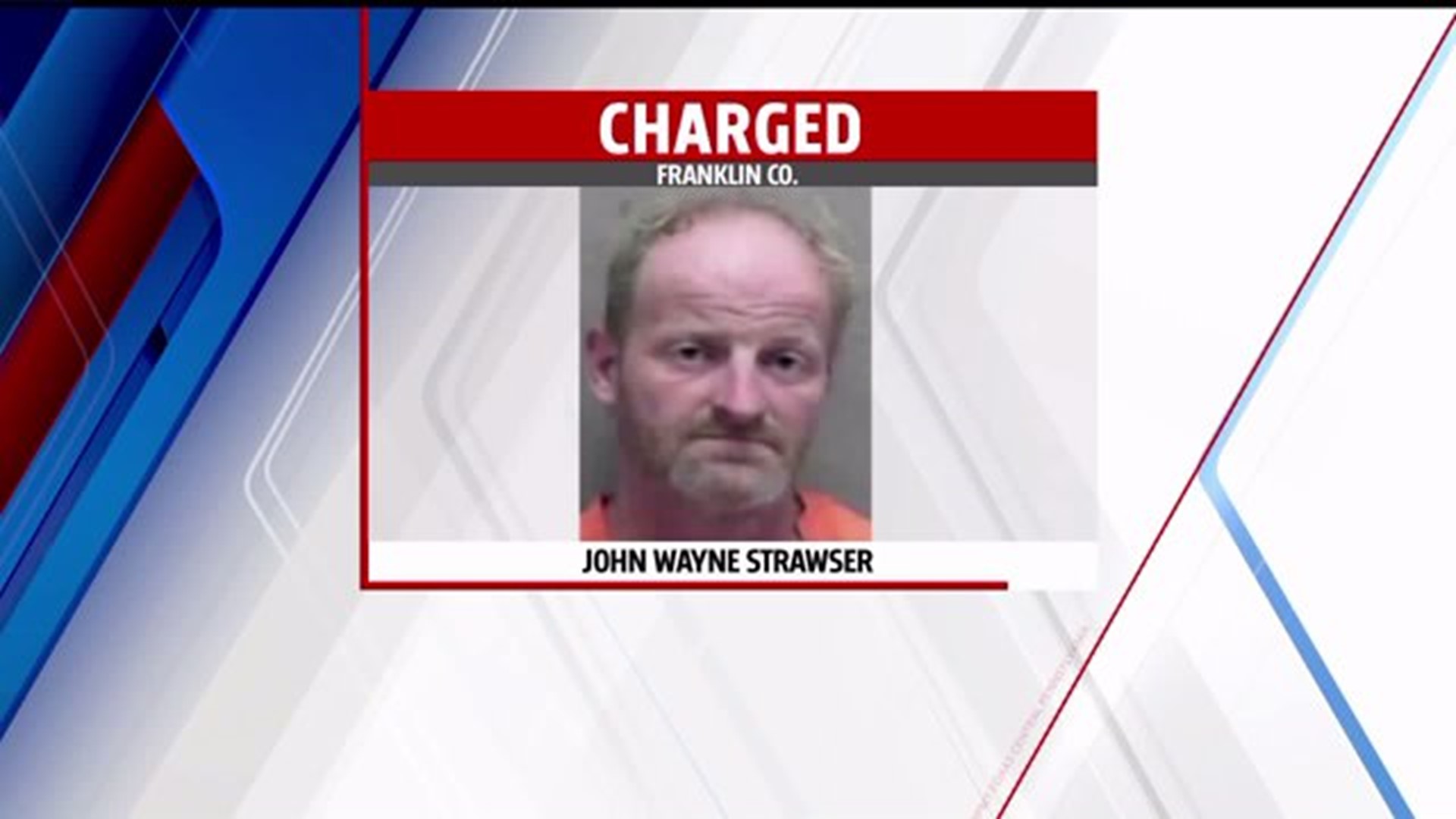 ANTRIM TOWNSHIP, Pa. -- More than a year and a half into their investigation police have charged a West Virginia man for the murder of a man driving on I-81. [click here for detailed criminal complaint] Franklin County District Attorney Matthew Fogel announced Monday first-degree murder charges against John Wayne Strawser for the murder of Timothy 'Asti' Davidson on January 4, 2014. Police believe the shooting was meant to be targeted at someone else, and say he is already facing charges in another murder case.

On January 4, 2014, Timothy Davison was shot and killed on Interstate 81 just outside Greencastle, PA. Davison called 911 and said he was being chased by another driver who was shooting at him. Police say the suspect rammed his Ford Ranger pick-up truck into Davison's car. Then he got out of his truck and fired several shots at him.

According to a release, "based upon the evidence, it is likewise fair to conclude that at least the initial attack by Strawser was specifically intended for someone else."

Police used several pieces of evidence including PennDOT video, a spent .44 shell casing, a Ford Ranger XLT emblem found at the murder scene on the I-81 median, and the Garmin GPS inside Mr. Davison's Montero.

Investigators also looked into hundreds of tips, including the one that lead to the man they believe committed the murder. 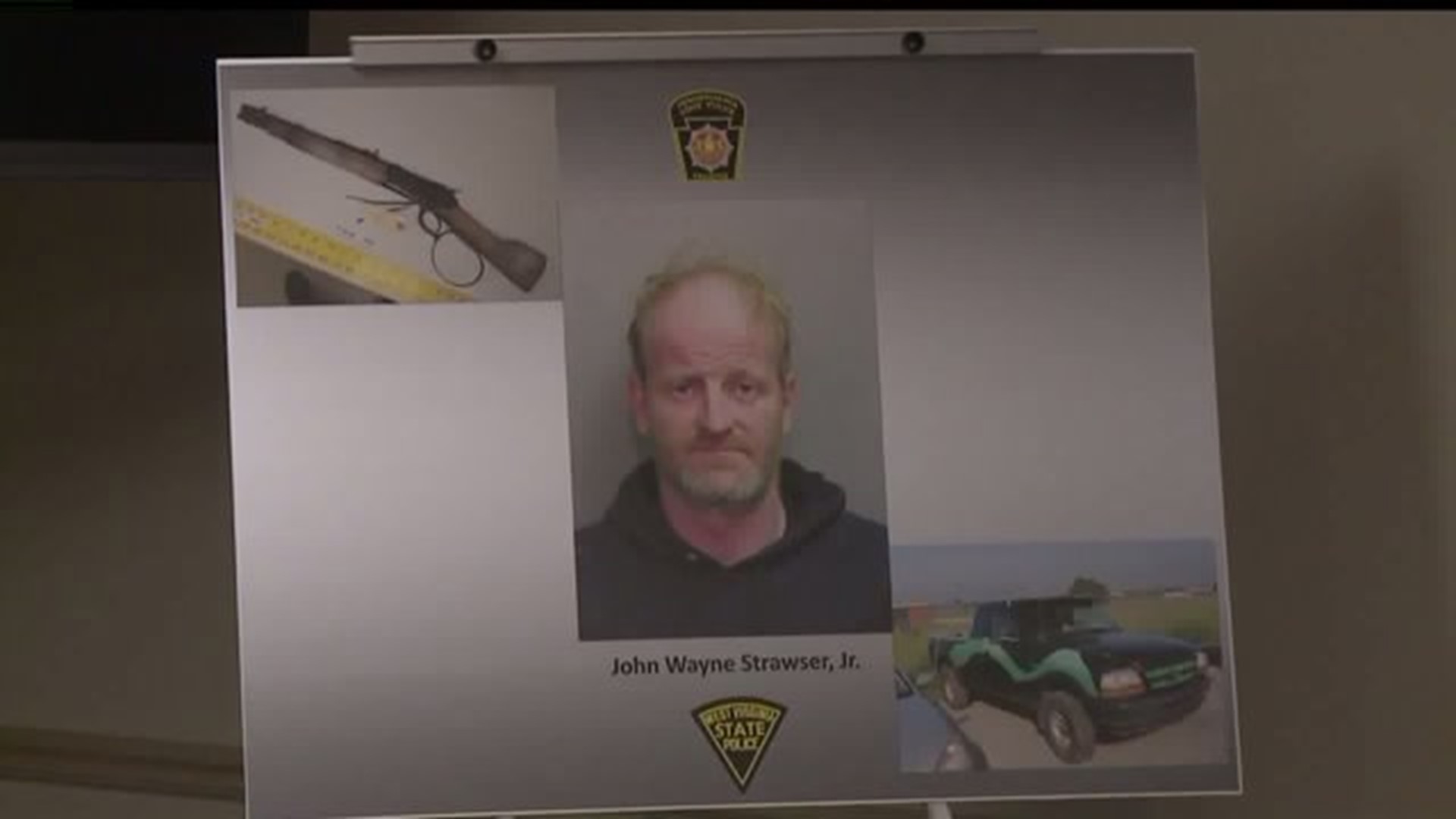 On April 20, 2015, the Pennsylvania State Police were contacted by Jamie Breese, who told them about John Wayne Strawser. He explained that he and his wife knew Strawser and he thought that Strawser had mistaken Mr. Davison's Montero with their silver Honda Pilot. When he had heard that Strawser was recently charged with similar murder in Preston County, West Virginia, he believed his information may help Police.

Further, he explained that Strawser's truck was a dark Ford Ranger, and that though it was currently black and green in color, it had been painted sometime after 1/4/14. Additionally, he indicated it had previously had left front damage.

Mr. and Mrs. Breese described a volatile history with Strawser, and how he had repeatedly contacted them on the night of Mr. Davison's murder. The couple believed Strawser was hunting them that night. 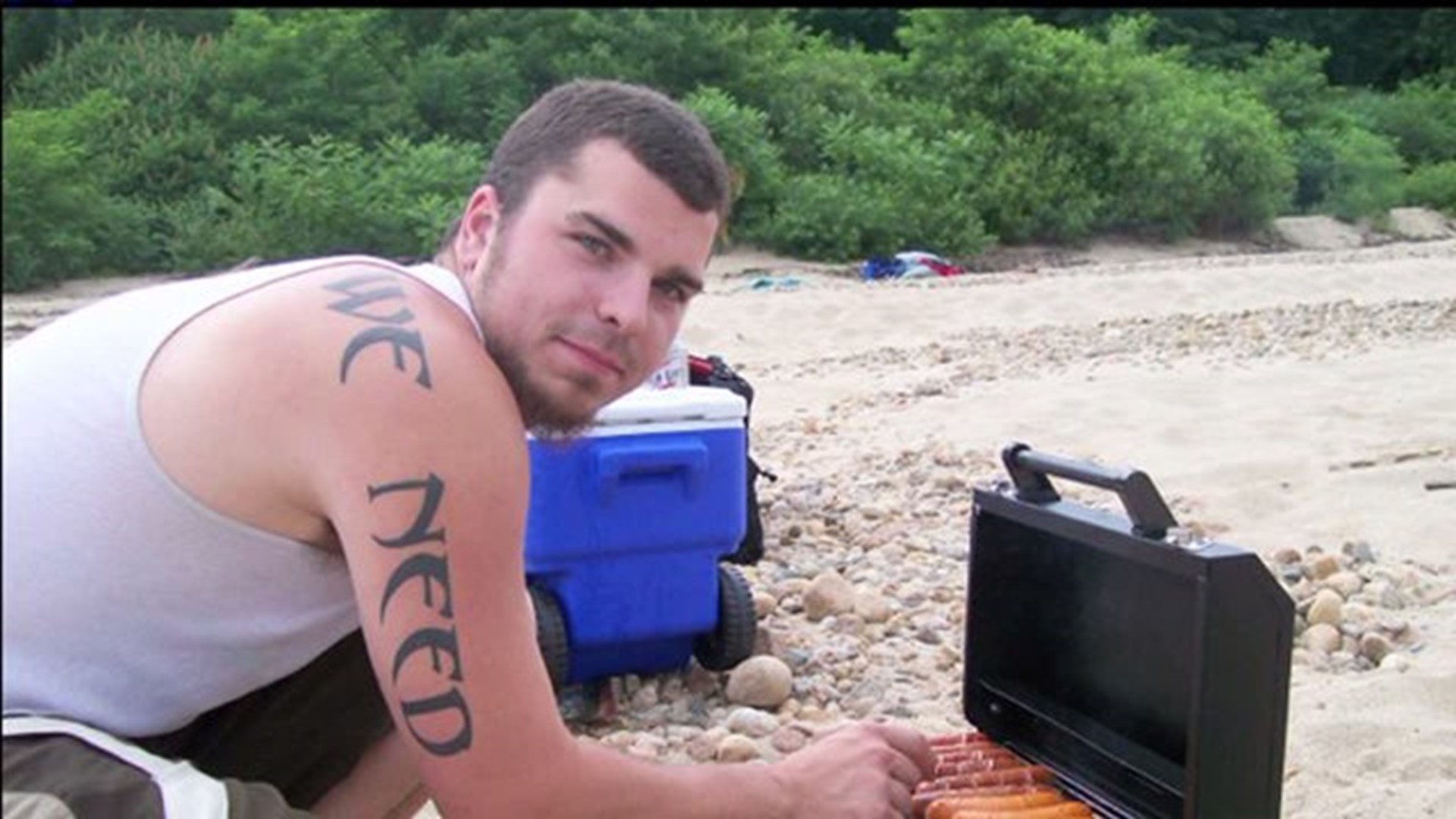 Courtney Breese told police Strawser had been a family friend for years and admitted to having a relationship with him during her marriage. She said Strawser had been possessive, had fits of rage, and acted violently. Courtney told police that even though Strawser live more than two hours away, he would randomly show up at places, and stalk her through anonymous text messages.

Strawser could not locate them the night of the murder, and as they received more messages and threats from Strawser, they departed the club they were at, 'Cloud Nine,' without having any contact with Strawser and traveled north on I-81, in the same direction Timothy Davison would have been going.

The next morning Jamie saw the news that Davidson had been killed and eventually called police.

1. State Police confirmed that Strawser owned 1997 Ford Ranger with dark lapis paint.
2. Cell tower information regarding his mobile phone shows that Strawser was on a call between the area of Martinsburg, WV and Hagerstown, MD. Records also show that the call was terminated while his phone was in Hagerstown, and just 3 minutes before the first 911 call was received from Timothy Davison. The cell tower records likewise confirm he made repeated harassing calls to Courtney Breese that evening.
3. Strawser's truck, when seized, had some original dark blue color, though it had been painted. It was also outfitted with what appeared to be new parts.
4. A friend of Strawser's led police to a field Strawser frequented, where they found a Rossi Ranch Hand hidden in a box.
Stock photo
5. Discovered and seized within Strawser's residence were live .44 rounds and spent casings.
6. Lab testing revealed that the casing found at the murder scene was fired from the Rossi Ranch Hand found in the field.
7. A DNA profile was obtained from Strawser, which matched the profile previously created from the casing found at the murder scene.
8. Strawser's Facebook page showed pictures of the Rossi Ranch Hand, as well as pictures of his Ford Ranger with blue paint as well as the newer black/green paint.
9. Particles characteristic of gunshot residue were found in the driver's side area of Strawser's Ranger.
10. Though Strawser told investigators has had been working on 1/4/14, his employer told
investigators that he had not worked on that date.

Strawser is already facing charges in connection with the shooting death of a woman in Preston County, West Virginia. According to our affiliate WDTV, 37-year-old John Wayne Strawser of Terra Alta has been charged with First Degree Murder in the death of 37-year-old Amy Lou Buckingham of Tunnelton.

According to investigators, they were called to the home on North Street in Tunnelton just before 11 P.M.  for a reported shooting. When officers arrived they found Buckingham lying in the driveway of the home and she was unresponsive.

According to witnesses, Buckingham and Strawser were having an argument when a single gunshot was fired.

Strawser then allegedly drove away from the scene in a Subaru station wagon, and was later located by two Sheriff's Deputies who performed a felony traffic stop. Strawser then tried to run again by driving away but deputies continued to pursue the vehicle. Strawser then drove into a field and over a hill where he eventually crashed and caught fire. Strawser then ran from police.

Officials eventually caught up with Strawser at his home where he was taken into custody.