Man at center of Columbia Confederate flag fight speaks out

COLUMBIA, Pa. – The man who says he was in the middle of a fight Monday afternoon over the Confederate flag he flies in his pickup truck claimed he was pr... 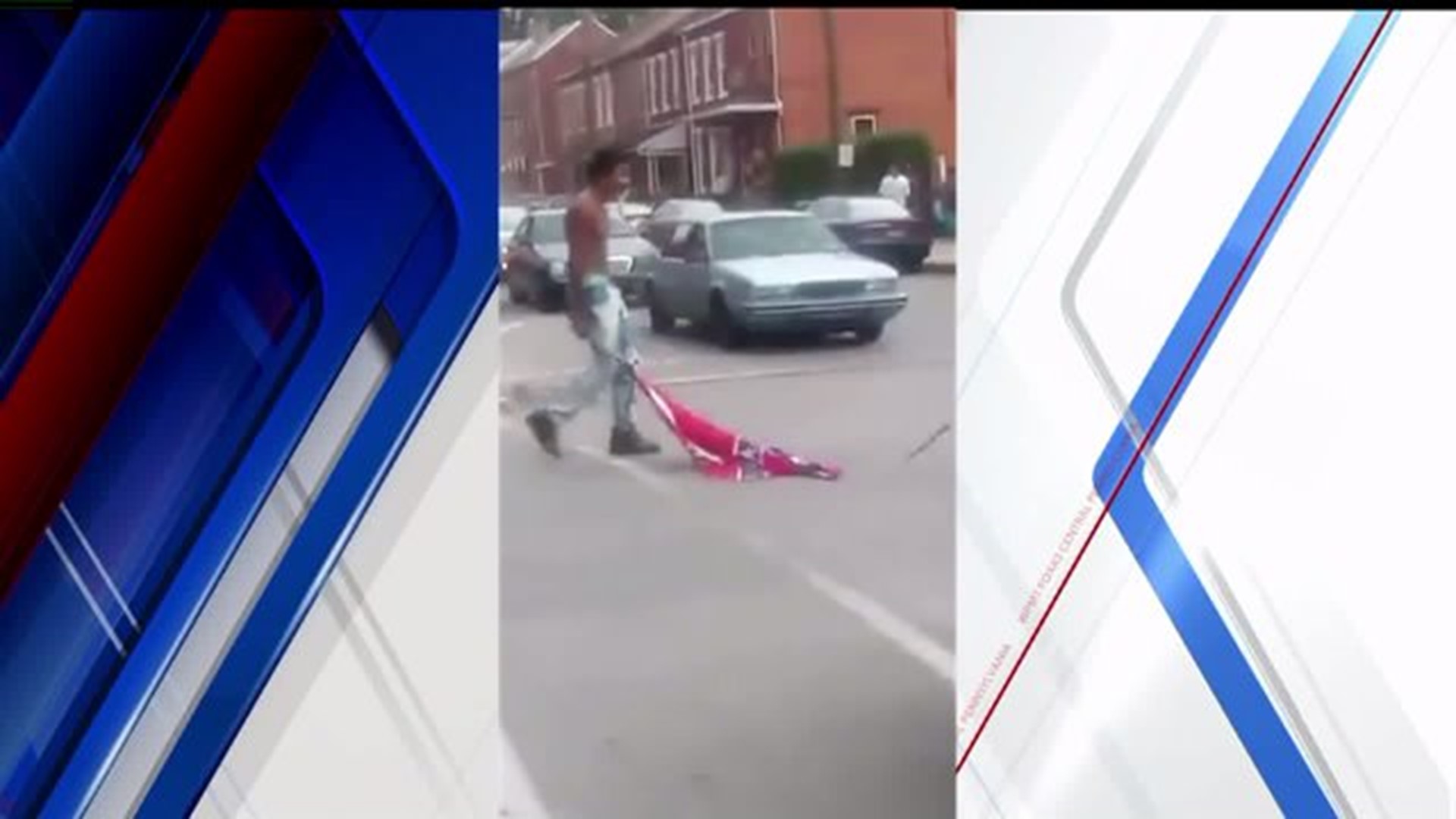 COLUMBIA, Pa. - The man who says he was in the middle of a fight Monday afternoon over the Confederate flag he flies in his pickup truck claimed he was provoked.

David Chohany says he was at a pharmacy Monday afternoon with his girlfriend's daughter when a group of people tried to surround his truck, offended by the confederate flag he flew.

He claims he was minding his own business, and that a group of teens tried to provoke him.

“They started hitting my truck, and fiddling with my lights and stuff,” Chohany said.

He drove the truck down the block to 6th and Walnut, where he could go no further as a large group of people gathered. It was a large-scale confrontation, in which one youth pulled the Confederate flag out of Chohany's flatbed and tried to destroy it. Chohany confirmed he was arrested by police for brandishing a knife.

“They didn't get anything [sic], but I get charged with pulling my knife out, which doesn't make any sense to me,” Chohany said. “I was defending myself, my family and my truck, and I got the short end of the stick.”

Columbia police have released few details about this incident.

Chohany's friends are downplaying the racial aspect of the confrontation.

“People are getting hurt over stupid stuff, and it's not even about race or racial slurs because there were no racial slurs made,” Bobbi Jo Bortner, Chohany’s girlfriend, said.

Other neighbors just want things to go back to normal.

“Honestly, with both sides, I don't care who is on whose side, I think it was all childish,” neighbor Josh Guacci said.