YORK, Pa. — Family, friends, and neighbors mourn the loss of a 31-year old semi-pro football player who played for the York Silver Bullets. Police say he ... 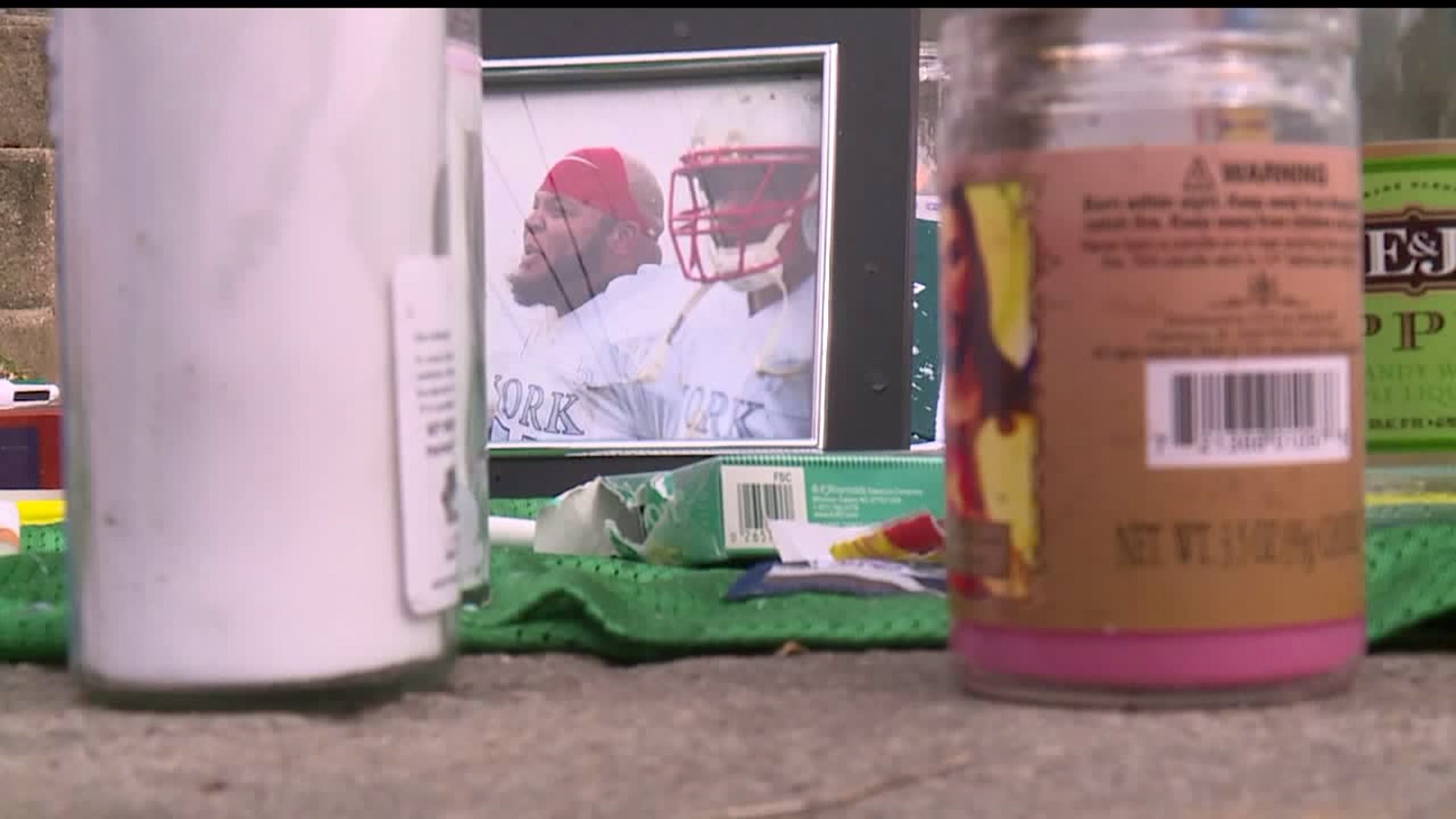 YORK, Pa. -- Family, friends, and neighbors mourn the loss of a 31-year old semi-pro football player who played for the York Silver Bullets.

Police say he was shot and killed Saturday near his apartment on North West Street in York, adding they have multiple solid leads but no persons of interest yet.

Loved ones say they're devastated and want answers.

"Julio was a great person, great personality, loving, kind, sweet - he didn’t deserve this," said Maria Terrell of York. She says she was Ferrer's girlfriend for the past ten years.

A defensive tackle, his coach called him dependable, loyal, and a team mate who could be counted on. Friends say his life was stolen.

“Just to know he’s never coming back; it’s hard. You know, we’re never going to hear his voice again, never going to be able to pick up the phone and say, ‘hey, you know, how’s your day going, are you okay?” said Terrell.

Ferrer was shot and killed outside his apartment on the second block of North West Street in York Saturday, according to police. Detectives cannot confirm if it was a random act or targeted. This loved one says she’s angry, and she wants justice, asking that if anyone has any information on the crime, speak up to police.

"Truthfully, my true feelings, I want him to feel what his mom feels. Man up, woman up, and say what really happened because if that was their mother, father, son, brother, friend, nephew, they would feel the same way," stated Terrell.

Coaches for Silver Bullets tell me the team is in shock and taking the loss one day at a time.

York City Police echoing the message: if you know something, say something, even if it’s reported anonymously. If you just want to help Ferrer's family, a GoFundMe page has been created.