LONDONDERRY TWP., Pa – The Board of Supervisors in this Dauphin County community postponed a decision Monday night on an agreement that would force vacati... 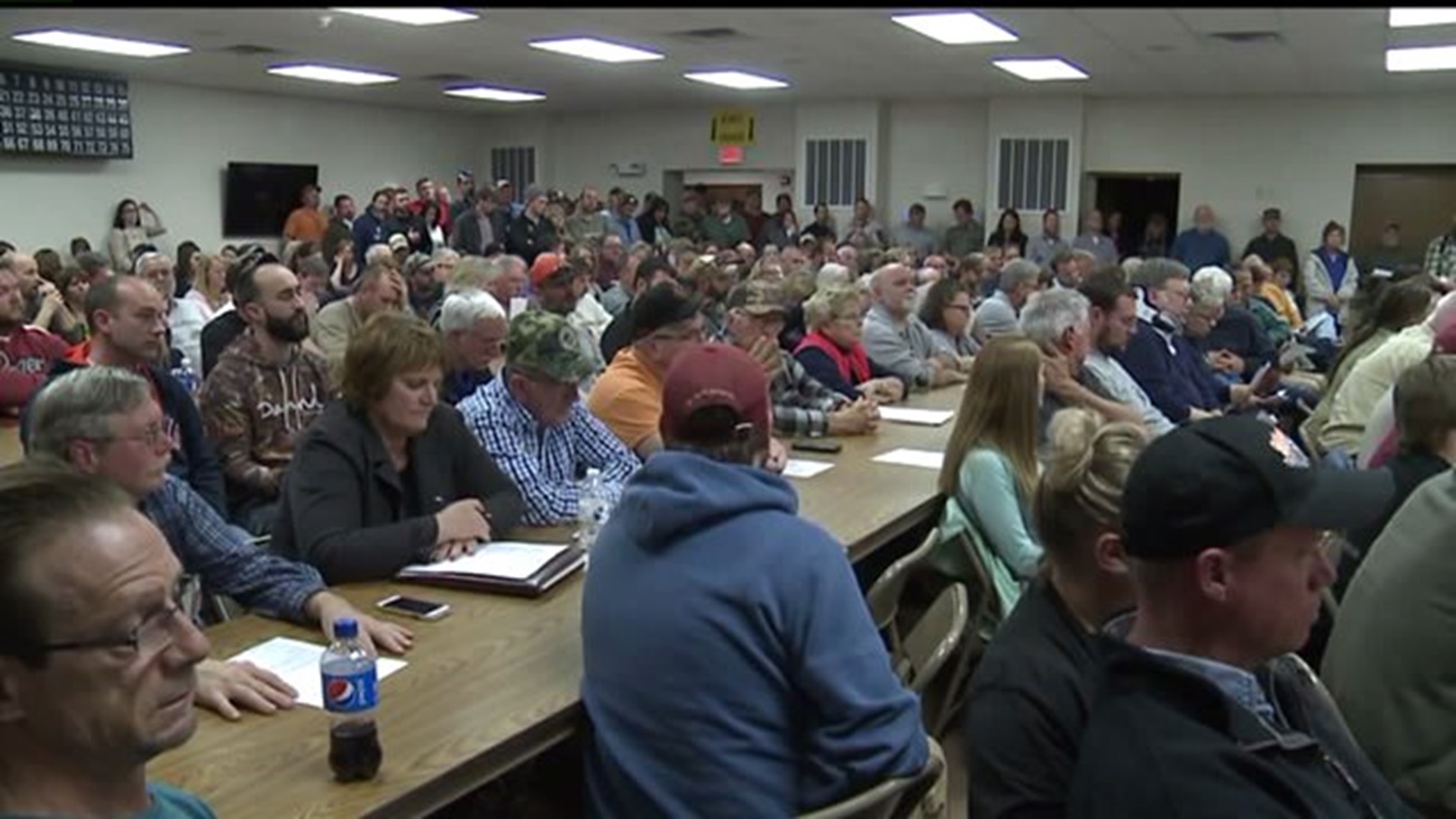 LONDONDERRY TWP., Pa - The Board of Supervisors in this Dauphin County community postponed a decision Monday night on an agreement that would force vacation residents out of their property in 2017.

The board was slated to vote on a Floodplain Enforcement Compliance Agreement with York Haven Power Company, which leases recreational properties and lots on Shelly and Bashore islands, which are in the Susquehanna River.

The Federal Emergency Management Agency is enforcing floodplain standards that would require those who lease, license or own property on the islands to clean up and vacate their property.

As a result of this move, the York Haven Power Company notified the township that it would stop leasing lots and properties to vacationers at the end of September 2017. It had already stopped selling lots to property owners.

An overflow crowd of more than 200 concerned citizens shared their stories of community togetherness and a desire for more time to review their options, as many residents only caught wind of the proposal on Friday afternoon.

"I have never seen people come together the way they have through good times and hardships and the only way you can really see it, to understand it is to go see it," Derek Krehling, an island homeowner with the newly-formed Lake Frederick Homeowners' Association, said.

Township advisers urged the board to vote on the agreement, saying a vote would not jeopardize the property owners and lessees' attempts to recoup money for the clearing and moving of homes.

But on two separate instances, the board refused to make a motion, resulting in thunderous applause.

The board then retreated to a brief executive session, and upon returning, announced its decision to table the matter until its next meeting on Monday, April 4.