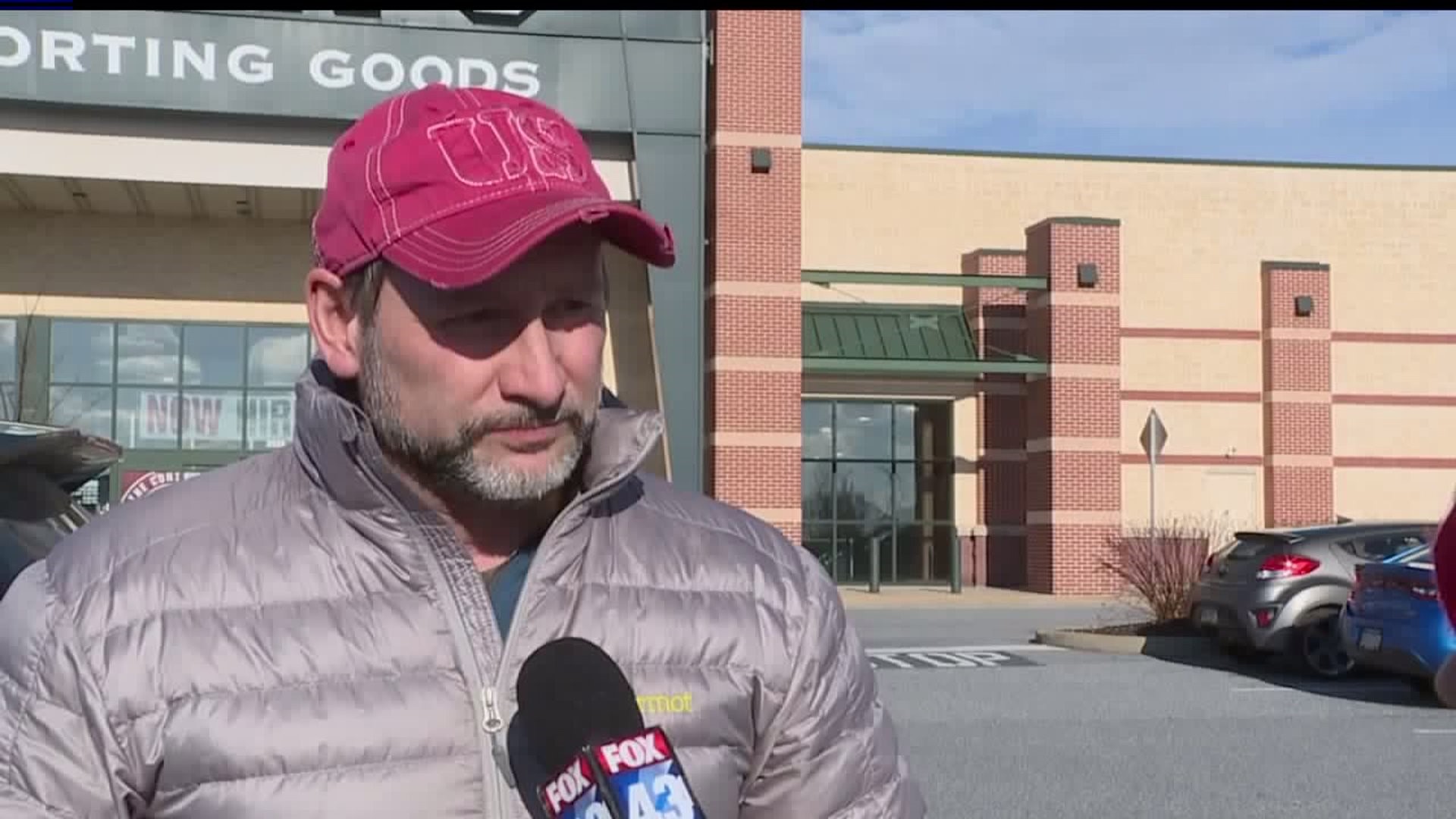 "I think we are making a lot of irrational decisions and we need to do the research instead of just saying it`s the guns causing the problem," said Christian Snyder, of Latimore Township, York County.

"I do feel we need to look at policy changes, but I really think we need to do it in an educated manor as opposed to just doing a quick reaction as what everybody`s doing based on emotion at this point," Snyder added.

The retailer also changed its gun purchase age from 18 to 21.

This comes after the Parkland Florida high school shooting that left 17 dead.

"Following all of the rules and laws, we sold a shotgun to the Parkland shooter in November of 2017. It was not the gun, nor type of gun, he used in the shooting. But it could have been. Clearly this indicates on so many levels that the systems in place are not effective to protect our kids and our citizens. We believe it`s time to do something about it." - DICK'S Sporting Goods.

Other retailers like Walmart agree and followed suit, changing their gun purchase age from 18 to 21. They are also removing items from their website that represent assault-style rifles. Back in 2015, Walmart ended sales of modern sporting rifles, including AR-15's.

"It`s not pointless, because I see where they are coming from because most kids these days are just out there to do whatever they want to do," said Austin Wheeland of Lower Windsor Township. "But personally I use my assault style rifle as a predator gun, home defense gun, you know in the case someone would be in the house, so I don`t see why it`s a big deal," added Wheeland.

But some do see it as a big deal and praise DICK'S and other retailers for taking the right steps.

"It`s a long time coming and I`m just very proud and happy to see some of the private companies and corporations, taking the steps that government seems to be afraid to do," said another DICK'S Sporting Goods customer, who wished to remain anonymous.

DICK'S says they removed all assault-style rifles from their stores after the Sandy Hook school shooting in 2012.

The changes mentioned above will affect all 35 Field & Stream stores across the United States effective immediately.