PHILADELPHIA – As the U.S. men’s national soccer team looks to reach the knockout rounds of the Copa America with a win against Paraguay Saturday, 1... 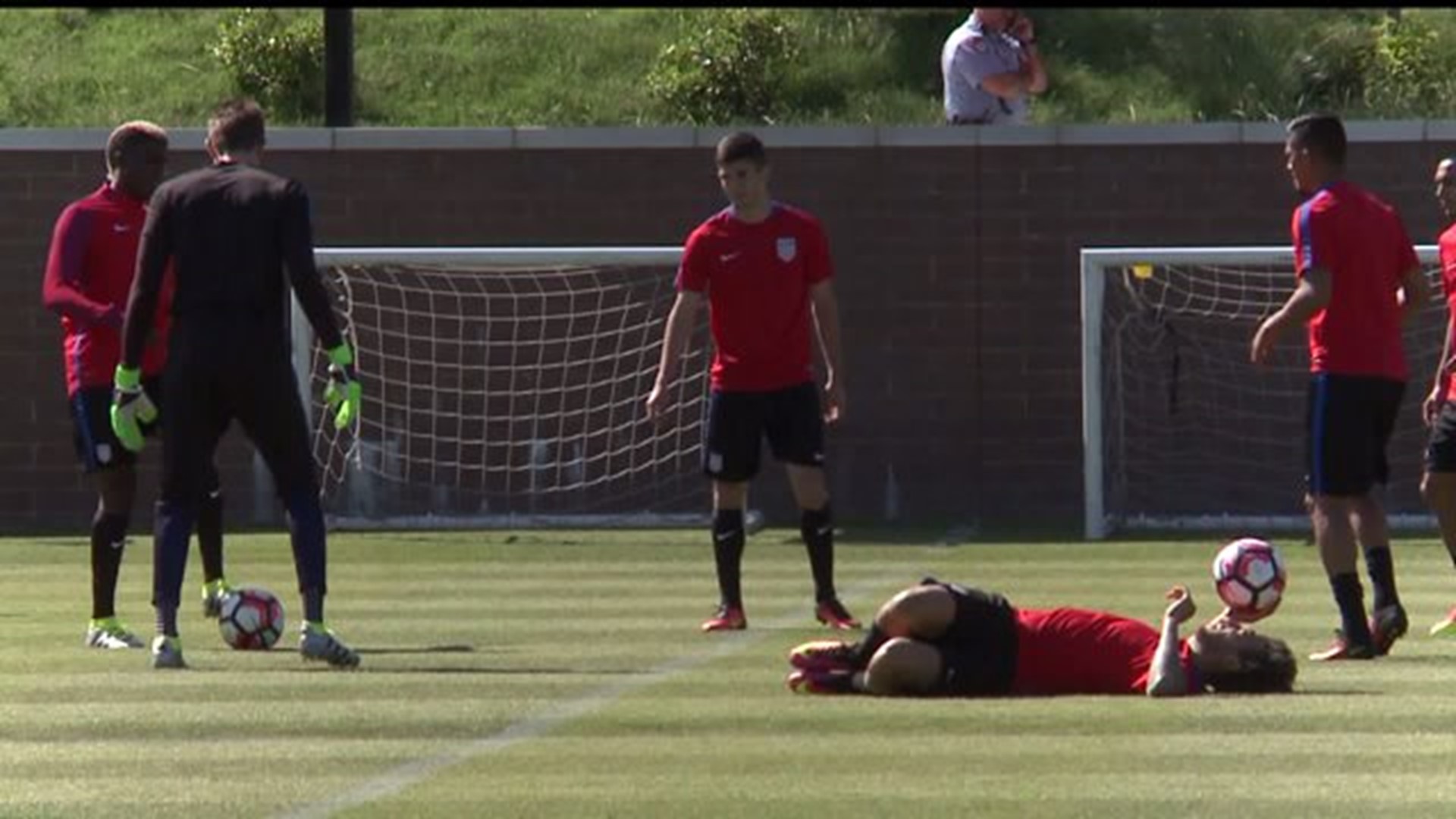 PHILADELPHIA - As the U.S. men's national soccer team looks to reach the knockout rounds of the Copa America with a win against Paraguay Saturday, 17-year-old Christian Pulisic of Hershey has a chance to play a big role in that game here in what could be called a bit of a homecoming.

“It's awesome to be in my home state.” he said. “It's been great traveling around with the team and now to be in Pennsylvania it's awesome.”

Pulisic is here with the national team after he broke out for Borussia Dortmund, one of the top teams in Germany this season, becoming the youngest ever player to score two goals in Germany’s Bundesliga.

“It's been crazy,” he said. “It's all gone so fast since January, especially starting with the Dortmund first team, training with them, even getting some games with them, scoring a few goals, and getting called to the national team is always an honor. So it's been a pretty amazing six months.”

Pulisic says he's happy to fill any role the team needs. For now, that has been as a substitute when the U.S. needs an offensive spark. But his teammates and coaches see lots of potential in the young midfielder.

“He has a surprising element because he doesn't have any fear,” USMNT head coach Jurgen Klinsmann said. “Whenever you need him now, to bring him on board and bring him in, the opponent will struggle.”

Pulisic had this message to those supporting him in Hershey and throughout Central Pennsylvania.

“I would just like to say thank you for all the support it's just amazing to have everyone behind me,” he said. “It's been awesome.”

The US men's national team national team wrapped up their training at the University of Pennsylvania. They will be holding another one Friday at Lincoln Financial Field, a final walk-through before their big game on Saturday against Paraguay that you can catch on Fox Sports 1 at 7 p.m.