JACKSON TOWNSHIP, YORK COUNTY, Pa. — Rutter’s has been a part of the York County community in one form or another for nearly three hundred years. Th... 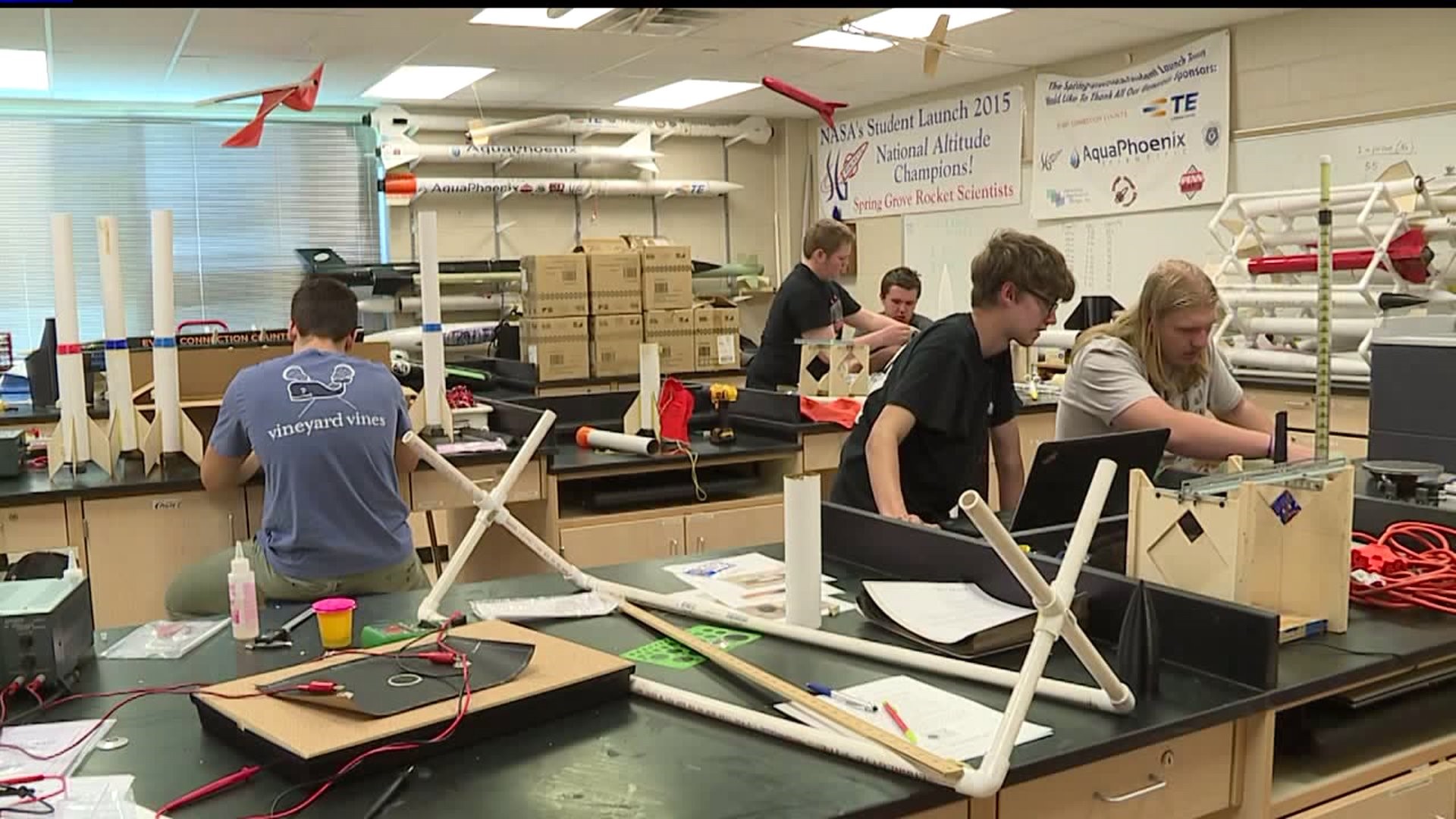 JACKSON TOWNSHIP, YORK COUNTY, Pa. -- Rutter's has been a part of the York County community in one form or another for nearly three hundred years.

The company is dedicated to giving back to the community it calls home by raising money to help groups,  clubs, and teams at local schools.

Anyone with a Rutter's VIP rewards card can help raise money for York County schools.

A group of York County high school rocketry students are on a mission. Although they're not quite headed to outer space, their mission still doesn't come cheap.

Spring Grove Area High School rocketry team adviser Brian Hastings said "most of our funds are going into buying motors, and rocket components, to build rockets and fly them, and fly them in practicing for the national competition."

Meanwhile, Rutter's customers using their rewards card can help the Spring Grove Area High School rocket scientists get to where they need to go.

Rutter's president Todd Rutter said "any group that is based within a school, whether it`s a high school, middle school, an elementary school or preschool, they can send in, and they can earn up to $250, again by having their participants use their Rutter's rewards card to vote for their dollars."

Anyone with a Rutter's VIP rewards card can go online and choose from a list of local schools to which they would like the company to reward with money.

"We've been inundated with schools requests, so this is a way for us to formalize the process and help the schools help our business, at the same time we`re helping them," Rutter said.

The effort to support York County schools also helps Rutter's, a York County business which has been rooted in the community since 1747.

"It's a way to drive foot traffic to our stores but most of them are shopping at convenience stores on a regular basis for food, gas, chocolate milk. So, it's just a way for them to buy what they normally buy, but help their school at the same time," Rutter said.

"We do do fundraisers but fundraisers are also time consuming, and the more time that we can put into the actual building, launching, testing, of the rockets, the more successful that we can be," Hastings said.

Even though school will soon be out for summer, using your Rutter's VIP rewards card now, could help schools get a head start on their fundraising efforts for this fall.