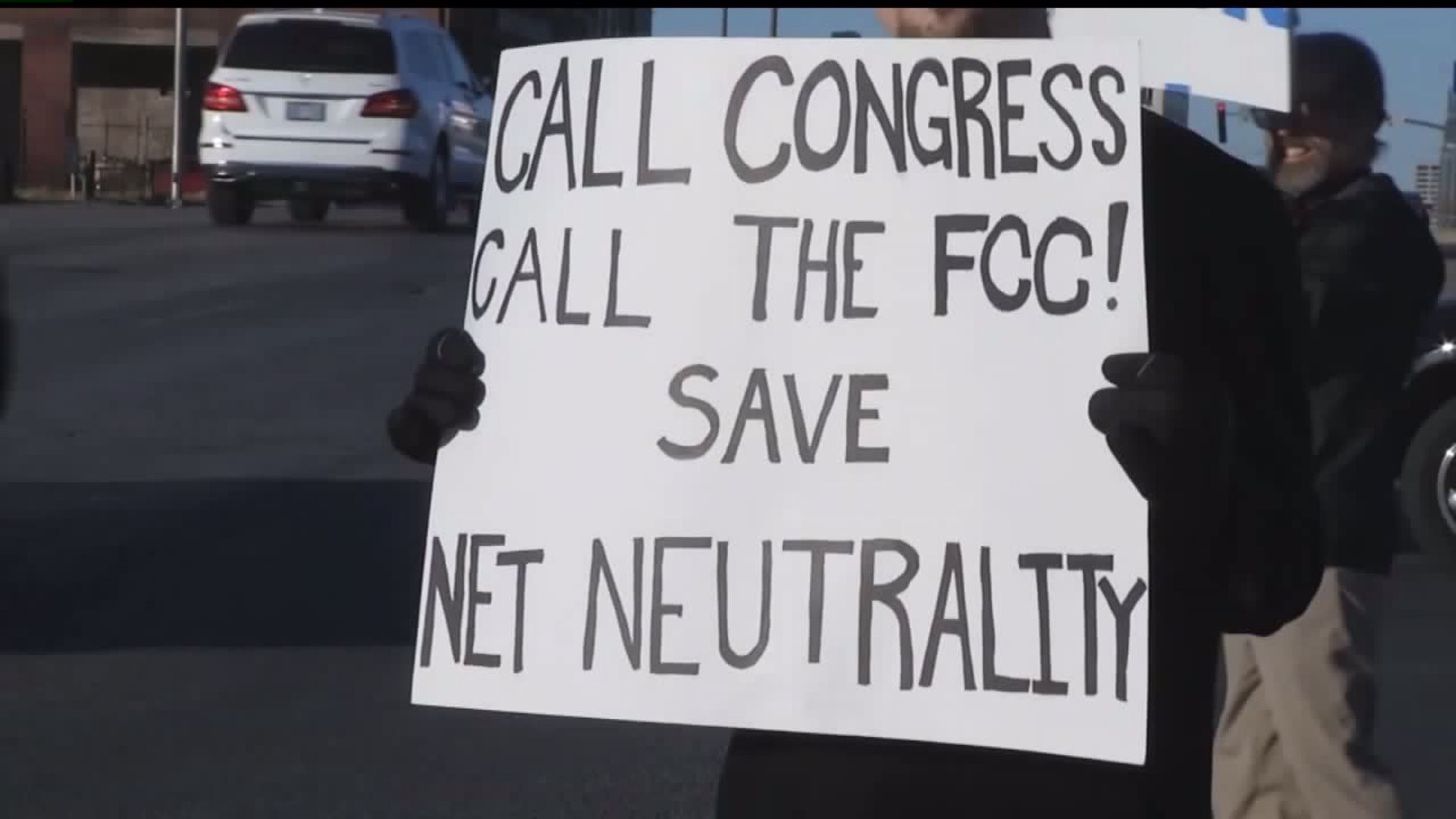 HARRISBURG, Pa. - Thursday's vote by the Federal Communications Commission to end the Obama-era net neutrality rules drew a wide range of reaction, from supporters cheering the deregulation to opponents worrying about the future of the Internet.

"It treated the internet almost like a utility where everyone should have access to it and that access should be the same regardless of who you were, what you were using it for or what products you had to offer," said Charles Palmer, a professor at Harrisburg University, explaining the concept.

Some conservatives supported the vote spearheaded by the FCC's three Republican members.

"I think the Internet will continue to expand the way it has been, I don't think most people are going to notice any difference whatsoever," said Nathan Benefield of the Commonwealth Foundation. "It's a good decision. It's baffling to me that some people think the government should regulate the Internet and turn it into basically the post office or the government-run liquor stores."

Democrats were mostly against the vote, and vowed to continue the fight for net neutrality in courts and in Congress.

"The vote by the Federal Communications Commission to gut Net Neutrality could end the Internet as we know it," said Pennsylvania Attorney General Josh Shapiro in a statement. "The FCC action undermines free speech and is bad for consumers and business—especially startups and small businesses."

Palmer said he believed if the action is allowed to stand, most change would be gradual, but one of the first things that could happen is a rate hike for rural customers with only one internet service provider.