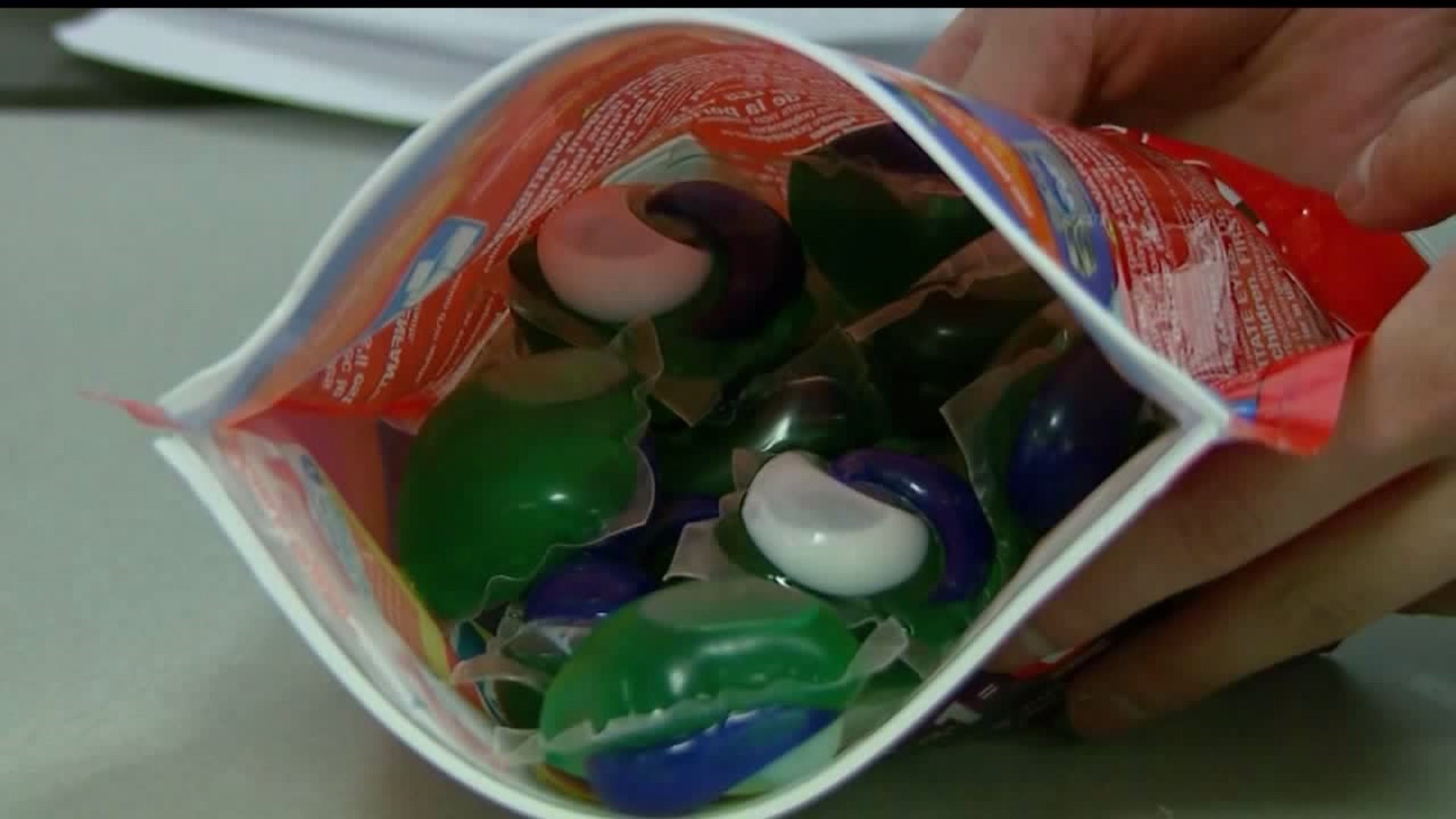 YORK TOWNSHIP, YORK COUNTY, Pa. -- You`ve probably seen it circling the internet. It's called the `Tide Pods challenge` where teens dare each other to eat tide laundry detergent pods and it's gone viral.

"When I first saw it I was like wow that's crazy," said Idelisse Cordero of York Township.

Cordero says her 13-year-old daughter showed her one of the videos on her phone.

"I just can't believe you know that kids would even think about doing something like that," said Cordero. "It's the first time I've heard of it."

But for teens, the Tide Pod challenge is something they know all too well.

18-year-old Mit Helf of York Township says one of his friends at school actually tried it.

"He was just telling people about it, telling people that he tried it and he said it didn't taste good," said Mit Helf of York Township. "I don't think he actually ate it, he kind of bit it and then spit out," he added.

"These are chemicals that can be caustic to the soft tissues, so the palette, the throat, and that incorporates to really, really important structures," said Dr. Robert Bassett, Interim Medical Director at The Poison Control Center. "Our swallowing tube our our esophagus, our breathing tubes or tracheas and that's exactly what it is, a chemical burn, and that damage can be minor to life threatening."

16-year-old Gage Carter thinks the challenge is no joke and says it comes down to one thing, peer pressure.

"When I was a freshman people would try to pressure me to do things and I was like, no," said Gage Carter of Spring Garden Township.

So we asked, would he ever consider doing it? Even for a million dollars?

Procter and Gamble who manufactures the Tide Pods released the following statement -- saying in part QUOTE: "Laundry pacs are made to clean clothes. They should not be played with, whatever the circumstance, even if meant as a joke. Like all household cleaning products, they must be used properly and stored safely."

If you and have questions or concerns regarding Tide Pod ingestion, you can call the poison control line at: 800-222-1222.