Lloyd Smucker has won re-election in the newly drawn 11th Congressional District, Fox News and CNN project. Rep. Smucker was elected to his first term in the Ho... 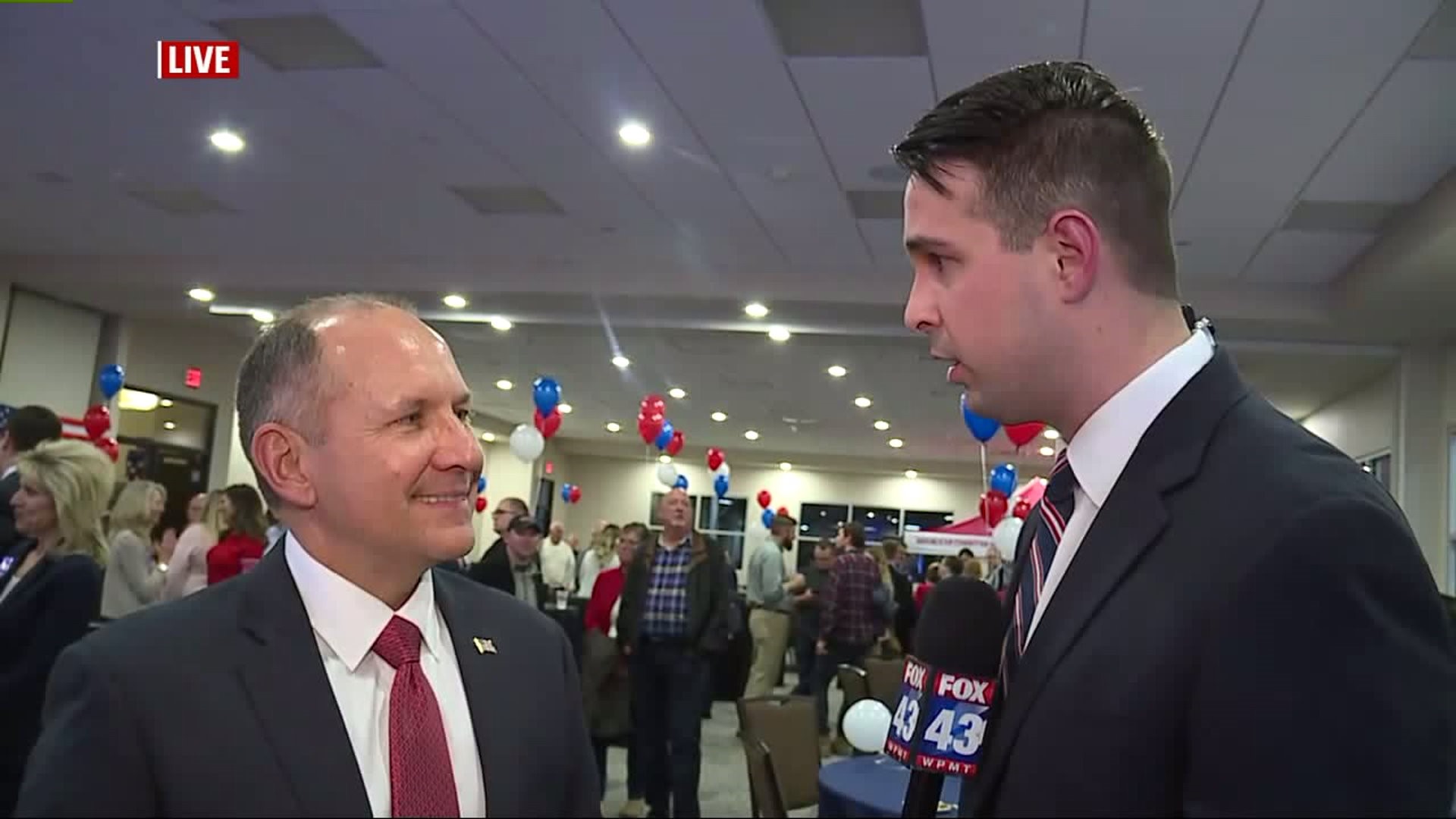 Rep. Smucker was elected to his first term in the House in 2016 -- an 11-point victory over then-Democratic challenger Christina Hartman in the former 16th Congressional District.

The 11th Congressional District includes all of Lancaster County and portions of southeast York County.

King issued this statement regarding the loss:

I am so proud of the grassroots movement we’ve built here.

We rejected a politics of fear and division and instead chose to talk with neighbors of all political persuasions about our hopes, and our ideas about how to build an America that works for all of us. Every one of those conversations represents a step forward in building the country we need and, despite results of this election, those seeds of change will remain and grow.

Every pundit said we never had a chance. But we made this race competitive. We challenged the political establishment. We made over 1 million phone calls and door knocks to talk to voters and volunteers. We broke the fundraising record for a Democrat – without taking a dime of corporate PAC money. We showed the country how to build a movement rooted in our values, and in our working people.

We didn’t get the result we wanted tonight, but we’re going to keep fighting for an America for All of Us. This campaign changed my life, and I know it changed the lives of hundreds of Pennsylvanians who will wake up tomorrow knowing what it feels like to be part of a movement rooted in values. That movement is still alive and well in South Central Pennsylvania. We’re going to celebrate what we can do when we work together against all odds. And we’re going to keep holding our elected officials accountable.

Thank you for your support.

A full list of election results across the state can be found here.