MIDDLETOWN, Pa. — On a brisk, early April morning, the sun rises over the Susquehanna River, splashing against the side of a steam-billowing reactor tower... 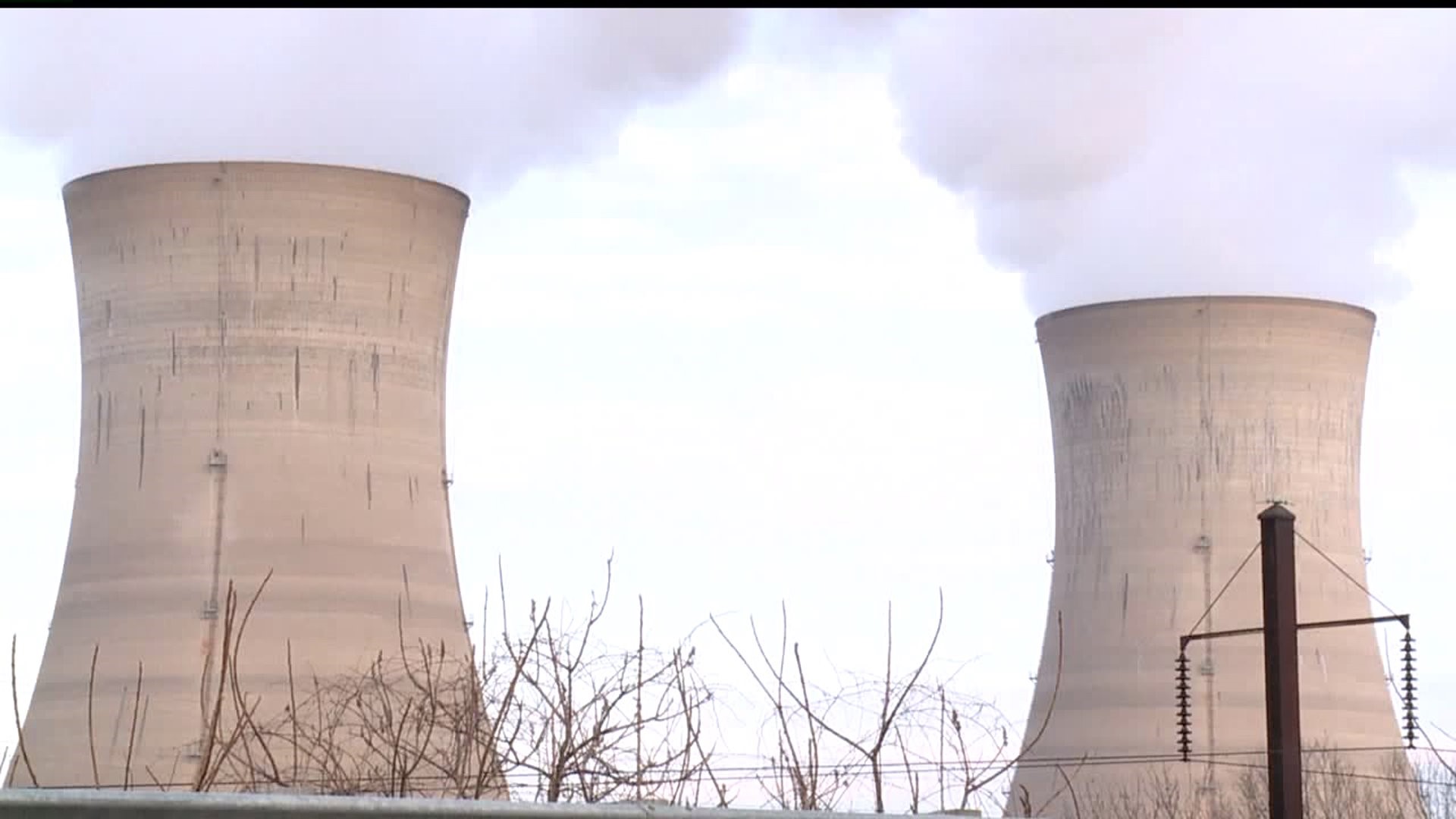 MIDDLETOWN, Pa. -- On a brisk, early April morning, the sun rises over the Susquehanna River, splashing against the side of a steam-billowing reactor tower on Three Mile Island, and illuminating a tall, black shadow on the tree line of Shelley Island.

The peace and serenity on mornings like this is what keeps John Garver coming back to the river every day.

"I love this place," says the lifelong Middletown resident. "I've been on it all my life. Fishing, swimming, skiing, everything."

When Garver is on his boat, life is perfect. Almost.

"You see that shadow over there?" Garver asks, pointing at the two towers superimposed on the adjacent treetops. "That's about the only damn thing they're good for."

Shadows of Three Mile Island. They may as well be the shadows of Middletown's past.

Thirty-nine years ago, TMI's Reactor No. 2 melted down, setting off panic throughout Central Pennsylvania as thousands evacuated.

"It was scary not knowing what was going on," Garver said. "You could smell it in the air; something was wrong."

On March 28, 1979, Robert Reid was still working as a teacher at Middletown Area High School when he started what would be a 34-year run as mayor just a few months earlier.

"Things happened, and we weren't prepared for it," Reid said.

Reid claims Met Ed, then the owner of Three Mile Island, lied to him about a reported radiation leak. Eventually, he estimates more than 5,000 evacuated Middletown alone, to go with hundreds of thousands more in the greater Harrisburg area.

The thought of TMI exploding and causing a bomb-like reaction similar to that of Hiroshima or Nagasaki had people running. Amid the panic, people left town in the middle of the night, Reid remembers, leaving doors open with money and jewelry on their tables.

Reid, as mayor, told police to shoot all looters.

Not everyone panicked though. Among them, Dr. Sam Selcher, a dentist who operates the same practice today as he did 39 years ago.

All of Selcher's employees lived within a five-mile radius of Three Mile Island, and Selcher remembers telling everyone to wear film badges to measure radiation "24/7" to pick up levels.

"When the results came back," Selcher said, "no employees measured any radiation out to four decimal points."

Middletown has never gotten out of the shadow of the TMI disaster, although it may soon. Last year, current plant owner Exelon Corporation announced its plans to close TMI in 2019. Exelon says Three Mile Island hasn't made money off electricity fees in five years.

TMI's closing, according to Exelon, will cost 675 employees their jobs, and $300,000 into the local economy.

"A business such as TMI, that's excellent paying jobs, excellent paying positions. We’re going to lose those position, so to me, while the economy wasn’t hurt in 1979, it’ll be hurt today if that plant moves out," Reid said.

Not everyone will be upset though.

Even though it will take years for Three Mile Island to decommission and dismantle, John Garver hopes he's still around when it happens. Thirty-nine years ago, he founded PANE, or People Against Nuclear Energy, and spent two years trying to denuclearize Three Mile Island.

Today, the sounds of test sirens still bring back memories of the 1979 meltdown. Soon, those sirens won't sound anymore.

"It don’t make me unhappy," he said. "Never wanted there to begin with."