SPRINGETTSBURY TOWNSHIP, YORK COUNTY, Pa. – A York County woman is on a mission to not let her 18-year-old son’s death be in vain. Saturday, Septemb... 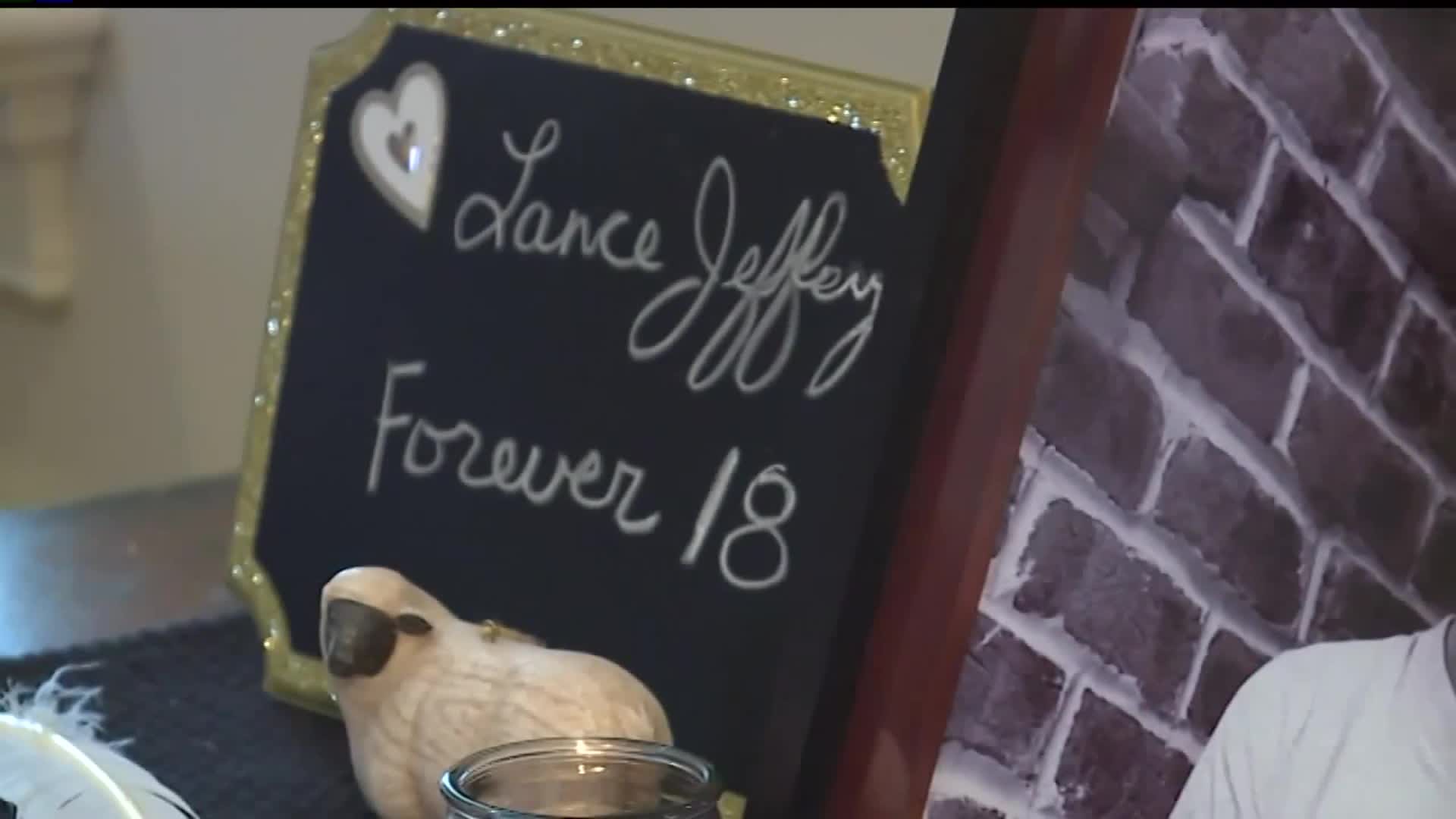 SPRINGETTSBURY TOWNSHIP, YORK COUNTY, Pa. - A York County woman is on a mission to not let her 18-year-old son's death be in vain.

Saturday, September 23rd, 2017. It was a seemingly normal day for the Hinderer Family. They spent the morning at a family reunion.

"Lance was cracking jokes like normal," said Cristi Hinderer about her son.

Hours later the family would be blindsided by tragedy, changing the dynamics of their family forever.

That Saturday evening, Lance was going to meet up with his older brother to go to the movies. But first, the Central senior told his mom he needed to get some homework done.  While Lance was in the basement working on homework, he sent a Snapchat that read, "I just want to let everyone know, I'm going to Heaven." Lance's older brother saw the Snapchat and knew something wasn't right. He ran down into their basement where he found Lance had committed suicide by hanging. Emergency crews were able to revive Lance. He would spend the next several days in the hospital.

"We just prayed that if God's will is for him to be healed, he would be," said Hinderer. "That's what you do."

It was during the next several days Lance would spend at York Hospital on life support, the Hinderer family would prepare for Lance to possibly not make it.

"When I was in the hospital they were looking at Lance's eyes and he's my only blonde hair blue eyed child," said Hinderer. "So when I saw his eyes I just looked at my husband and said, 'Oh my word, he could be a donor. Maybe we need to check into this."

The Hinderer family made the difficult decision to take Lance off life support. As a way to keep Lance's memory alive, they decided to use his death as a way to give life through organ donation.

"They'll use a lot of his, I think they said over a thousand some organs and things that they will use," said Hinderer. "So that to me is just healing right there."

"When you really think about it she's my age, okay I'm almost 50. She has the heart of an 18 years old. She'll never have a heart attack," said Hinderer. "I mean it's so true so when I think of that it makes me smile and laugh in a time of grief."

Just as Lance's family must make sense of their lives without Lance, so much his friends. David Banzhof was a classmate and close friend of Lance. He admits he had a tough time dealing with Lance's death and suffered with depression the months following.

"It's just hard to grow through all this stuff and him not be there," said Banzhof.  "Like graduation is coming up so close, it's hard to imagine him not being there."

"Whenever I see kids down, or posting depressing stuff on social media, I'll text them right away and be a comforting hand for them and tell them that i'm there for them," said Banzhof. "That everything's going to be alright."

While some people who commit suicide show warning signs some kids, like Lance don't. Lance struggled with several health issues but his mom can't really pinpoint any warning signs he showed before his suicide.

"He got up everyday, he didn't show signs of depression, he went to school, he went to work, same thing cracking jokes the morning of," said Hinderer. "There were no signs I can say as a parent, we missed it."

Hinderer believes it may just come down to the pressures of society and social media.

"They're overloaded and they can't say, I can't do it," said Hinderer. "And we need to start, parents, telling our kids it's all right if you come home and work a job. You don't need to be in the military, it's all right. I think that's the key too to encourage these kids, they're not failures if they work at Chick-fil-A."

While seemingly being so strong, bringing somewhat of a purpose to Lance's death, Hinderer is still a mother grieving the loss of her son and says she cries everyday. For other parents grieving the loss of a child, she remind them to not compare their grieving process to anyone else's but to not let the loss totally consume you.

"You have to go on through your other children, they live," said Hinderer. "You gotta live the life that's still living, you cant spend your life mourning the dead."

Aside from family, it's faith that gives Hinderer the hope to keep going. The hope of knowing she'll see Lance again. The hope he's whole and with God, and the hope Lance's story will prevent another life from being lost to soon from suicide.

If you, or someone you know may be having thoughts of suicide call the suicide prevention hotline at 1-800-273-8255 or visit their website.