License plate readers in use in Cumberland County

UPPER ALLEN TOWNSHIP, CUMBERLAND COUNTY, Pa. — License plate stickers may be a thing of the past in Pennsylvania, while license plate readers may become p... 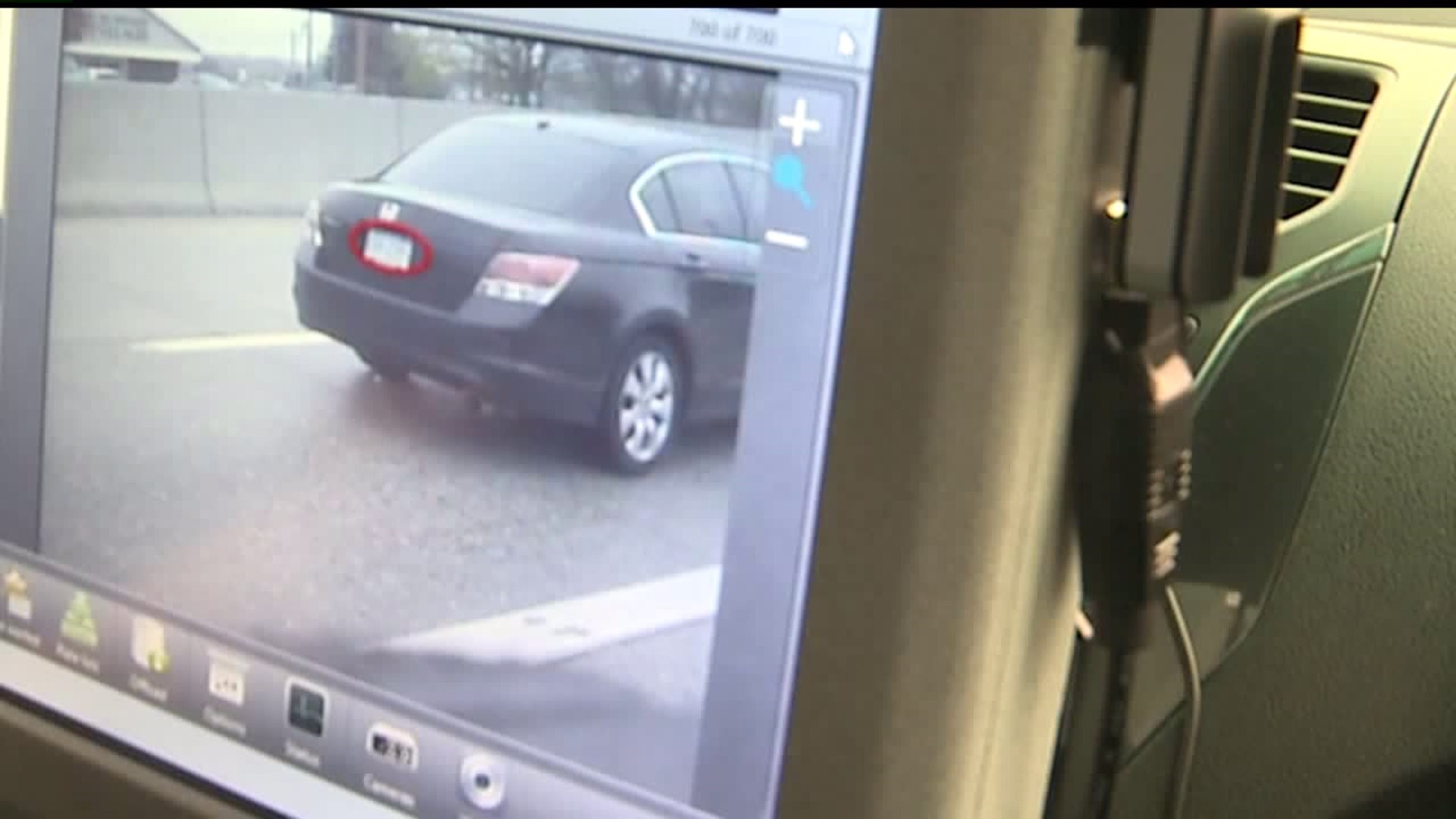 UPPER ALLEN TOWNSHIP, CUMBERLAND COUNTY, Pa. -- License plate stickers may be a thing of the past in Pennsylvania, while license plate readers may become part of the future for some law enforcement agencies.

Traffic police in one Cumberland County community have an extra set of eyes to help officers out on patrol.

"When you're driving down the road, it's hard to see a license plate and type it, and then follow that vehicle or especially if it's going in the opposite direction on a two-lane roadway," Ofc. Miller said.

Officer Miller double-checks the reader for any mis-reads. Meanwhile the color of the screen, cues him to investigate a vehicle if the display changes from a standard gray.

The license plate reader is able to scan every single car in sight, with practically split-second precision.

"If they would have come back with a particular vehicle, and a license plate that was involved in the robbery, the license plate reader would most likely spot that sooner than I would," Ofc. Miller said.

ACLU of Pennsylvania communications director Andy Hoover said "if it's being used to enforce criminal law, that's important, that's fine, but the data should not be collected to create a database of everything that happens on the streets."

"If it's not something they're using for an investigation, that should be destroyed within a matter of days," Hoover added.

Upper Allen Township Police say that is their protocol. Officers will delete any unused data after 15 days, or can make a printout if the data is needed for evidence.

"That way, whenever there's a hearing you can take this to court and show that. It's called a PennDOT Department of Transportation Vehicle Record Abstract," Ofc. Miller said.

"Ideally, we would have a statewide standard that all the departments that are using these readers have to follow those standards on all issues, like data destruction," Hoover said.

"We have an expectation that we can move about society without the government keeping tabs on us. If these readers are used, and that data is kept, then you have just that risk of government tracking of where citizens come and go at any given time," Hoover added.

Officer Miller assures drivers with fears that Big Brother is watching, that the data which is read, is nothing personal.