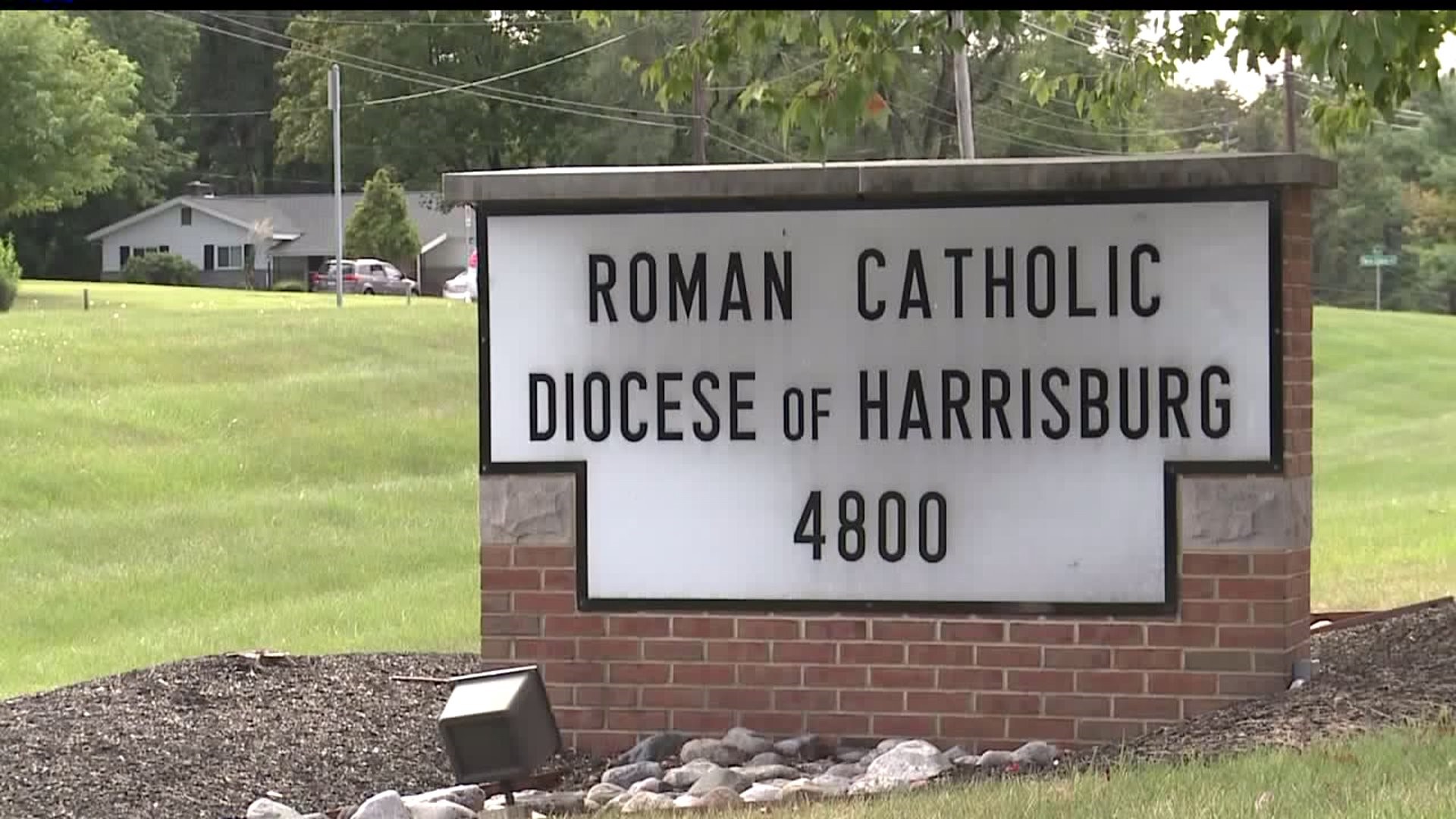 The nearly 900-page report details allegations of criminal actions by members of clergy, as well as noted inaction by high-ranking officials.

In the year since, officials with the Diocese of Harrisburg say they've been working to make amends to survivors.

The Diocese of Harrisburg also set up a "Survivor Compensation Fund," operated by a private company, to make settlement offers to survivors.

On Wednesday, they announced 112 survivors participated in the program.

106 of them accepted settlement offers.

In total, the Diocese of Harrisburg paid out $12.1 million in compensation for survivors.

Mike Barley, a spokesperson for the Diocese of Harrisburg, said they understand they cannot put a number on making amends for what happened to survivors.

“We’re never going to be able to provide enough monetary assistance to help everyone make up for the loss and not only the loss of their childhood but the stuff that they still carry around with them today,” said Barley.

Barley said the Diocese of Harrisburg will still pay the expenses of counseling services for survivors, whether they participated in the program or not.

By accepting the compensation offer, officials say a survivor forfeits the opportunity to sue the Diocese in the event a retroactive civil window opened in Pennsylvania.

Barley said Diocese leadership is having "on-going discussions" on what resources are available for potentially more action in the future.

“You can’t equate success with something like this because it’s such a sad action but we’re pleased we’re able to help as many people as we are and they felt like the treatment and settlements were fair and were able to accept," said Barley.

The Pennsylvania Attorney General's Office opened a clergy abuse hotline (888-538-8541) in the wake of the report.

On the one-year mark of the release of the report, Pennsylvania Attorney General Josh Shapiro issued the following statement.

“In the year since we release our Grand Jury Report, our clergy abuse hotline has received 1862 calls. Around 90% of those calls were regarding clergy abuse. I’ve spoken with Attorneys General from across the country and 20 have publicly acknowledged that they’ve opened similar investigations. The U.S. Justice Department acknowledged that they launched a probe. Outside of law enforcement, many states have passed the reforms recommended by our Grand Jury.

“While I am inspired by the brave victims who have found the strength to share their stories, I am disappointed that one year later, the reforms outlined by the 23 Pennsylvanians on the Grand Jury have not been made law in Pennsylvania. These reforms deserve a vote in the PA Senate.”

A package of statute of limitation reform bills, House Bill 962 and House Bill 963, passed the Pennsylvania House in April.

H.B. 962 aims to eliminate the criminal statute and raise the civil statute from age 30 to 55.

H.B 963 seeks to create a retroactive civil window for survivors by means of an amendment to the Pennsylvania Constitution.

Republican state Senator Joe Scarnati of northwestern Pennsylvania, who is the president pro tempore of the state senate, issued the following statement:

“When the legislature returns to session this fall, I am committed to working with my colleagues to address the three House bills currently in the Senate pertaining to child sexual abuse. However, as part of this discussion it is also crucial to note that over the past year the victims compensation funds set up by the dioceses in Pennsylvania have been working to give victims the financial support they deserve. While recognizing that the fund process is ongoing, to date tens of millions of dollars have been paid out to many victims all across the Commonwealth. Financial assistance cannot change the past, but will aid victims as they attempt to move forward.”

A hearing on statute of limitations is scheduled in the Senate Judiciary Committee for Wednesday, October 2 from 10 a.m. to 1 p.m. in Hearing Room 1, North Office Building of the state capitol in Harrisburg.