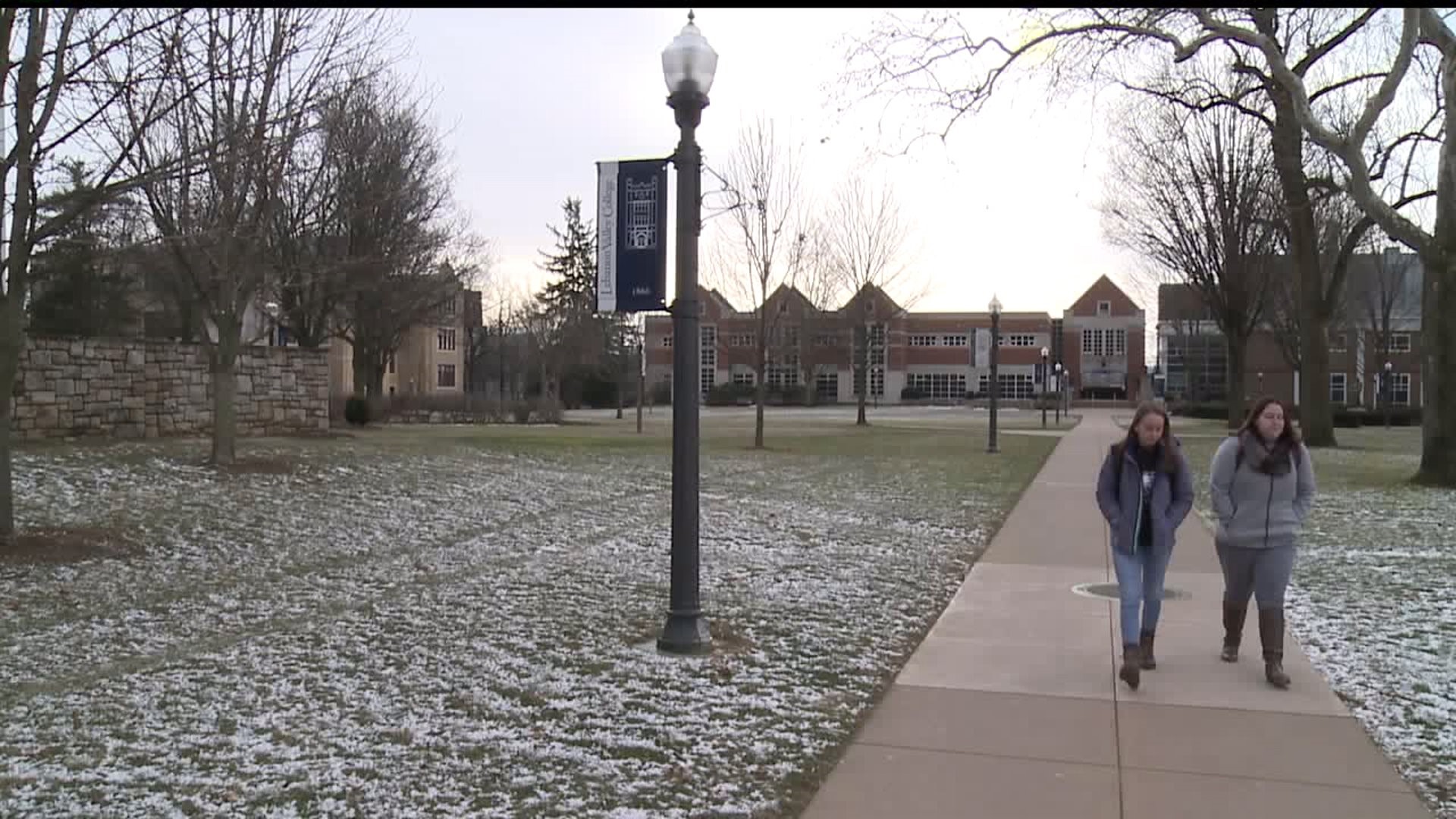 Fast forward a month and they're only a few weeks away from their first competition.

"We have uniforms being designed and hopefully, they'll be delivered here in the next two, three weeks," said David Shapiro, the Director of Operations for the LVC eSports team.

35 players will compete in three games: Hearthstone, League of Legends and Overwatch.

They've already played scrimmage matches against other schools, including a Rocket League game against the University of South Carolina-Sumter, which they won, 3-2.

The team will play in a room inside the Clyde Lynch Memorial Hall, specifically designed for eSports purposes.

Some of their opponents will include Boise State University and the University of Miami-Ohio.

Instead of traveling to places such as Idaho and Ohio to compete, they'll be able to face teams online from their Annville campus.

Shapiro said the plan is to offer scholarships to eSports athletes in 2019.

However, they will not be full-ride athletics scholarships, rather academic and performance-based scholarships that cut costs to attend Lebanon Valley College.

"We really want to make sure we're an academic institution at the end of the day. That's who we are, that's what we are known for, that's what we're great at. ESports are just one component of that and the scholarships would match that," said Shapiro.

Current players, such as junior Leah Boyter, aren't any less excited to be on the roster without any additional perks.

"I, immediately, called my mom and told her that it wasn't a waste of time for me to play video games because I think a lot of people don't realize how much dedication and time we have to put in to be really good and to improve," said Boyer.

Practice is three times a week and eSports athletes will be held to the same standard as other varsity athletes, from health checks to grade point average requirements.

jordan shankroff/asst. Coach: "We're going to set up some stretches and some other things to make sure that the players are healthy and fit and won't have any problems competing or practicing," said assistant coach Jordan Shankroff.

They're the second school in Pennsylvania to join the National Association of Collegiate eSports, or NACE, going alongside Harrisburg University of Science and Technology.

Shapiro said they would be excited to start a central PA rivalry.

"We can play them at the Whitaker Center and play against each other in a place where we cans it next to each other and play. That'd be great to have that competition level," said Shapiro.

Lebanon Valley College will be the first eSports team in Pennsylvania to play varsity competition, given the Harrisburg University eSports team begins competition in Fall.

LVC Hearthstone team has their first match-up on February 19 against an unannounced opponent.