SOUTH ANNVILLE TOWNSHIP, Pa. — To Christopher Shearer, the Confederate Flag is about freedom and the rebel lifestyle. “It’s more of the rebell... 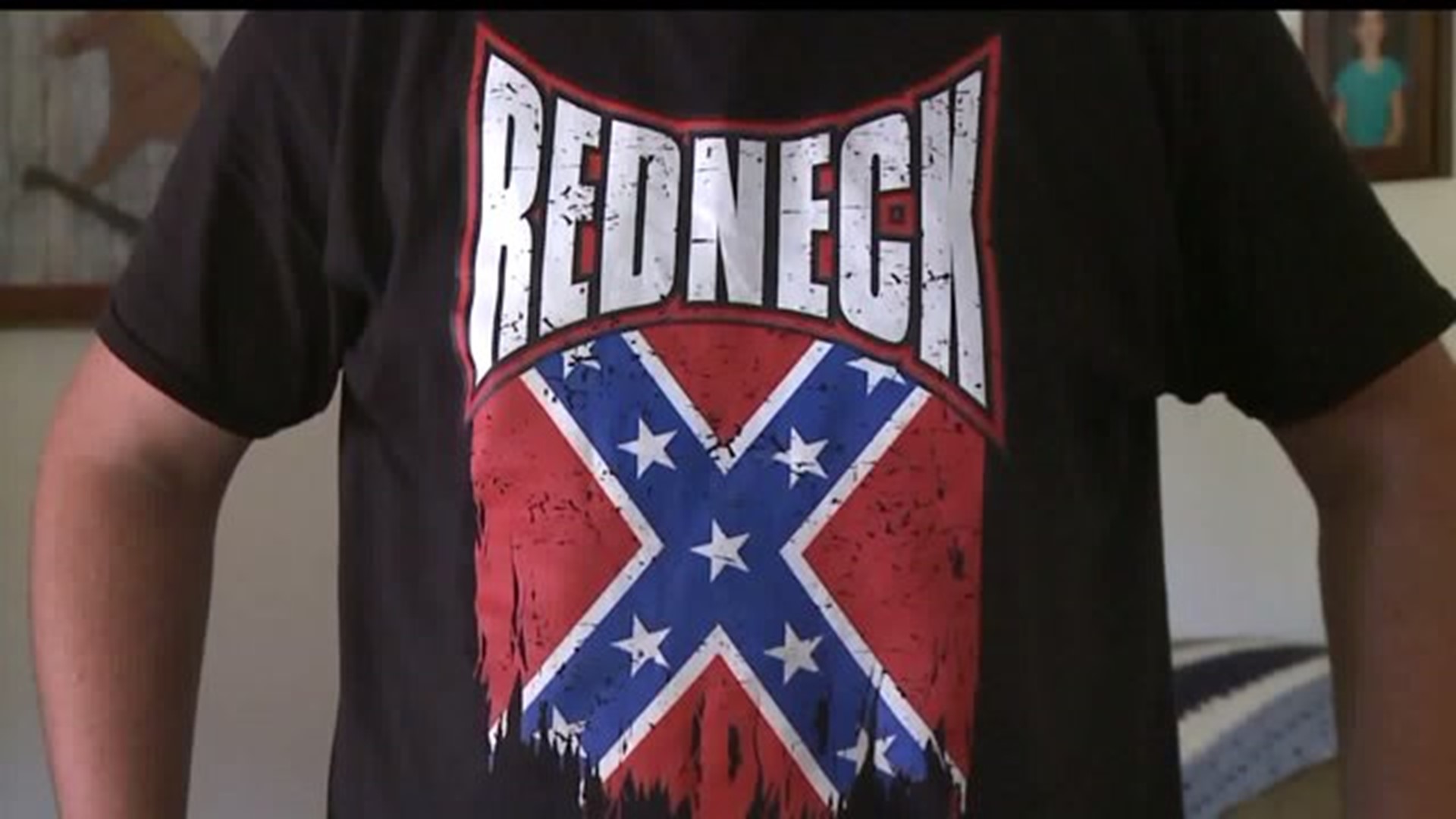 SOUTH ANNVILLE TOWNSHIP, Pa. -- To Christopher Shearer, the Confederate Flag is about freedom and the rebel lifestyle. "It's more of the rebellious standpoint. I am my own person, I am not looking for acceptance by everybody, I like to be my own person, I'm not trying to fit in with everybody," he said.

But on Wednesday, he says he was accused of racism. Shearer says his principal at Lebanon County Career and Technology Center sent him home for wearing a confederate flag t-shirt. "My principal pulls me away from my friends and says come with me your shirt is offensive. You need to call your mother, you're going home," said Christopher.

She says she doesn't believe her son has a racist bone in his body, so she questioned him more when she arrived at the school.  "I said it's not in the handbook that I just signed in the beginning of the school year, and he said 'well we discussed it a couple of years back,'" she said.

The senior is a volunteer firefighter, is a good student, and said he had no racist intent. "It just makes me upset that he has the nerve to call me and label me racist for something that maybe once stood for racism in the past," said Christopher.

FOX43 reached out to the school, but officials declined to comment on this specific incident. They official sad it is a policy in the handbook and students are given the choice to change.

The family said this was not the case. "This is not us. If he ever intentionally wore something offensive or racially directed, I would cut it up," said Jennifer. "I wasn't asked to bring him a change a clothes like it says in the handbook."