ANNVILLE TOWNSHIP, LEBANON COUNTY, Pa. — A week after a story about a racial incident first spread on social media, the owners of Just Wing It say it was ... 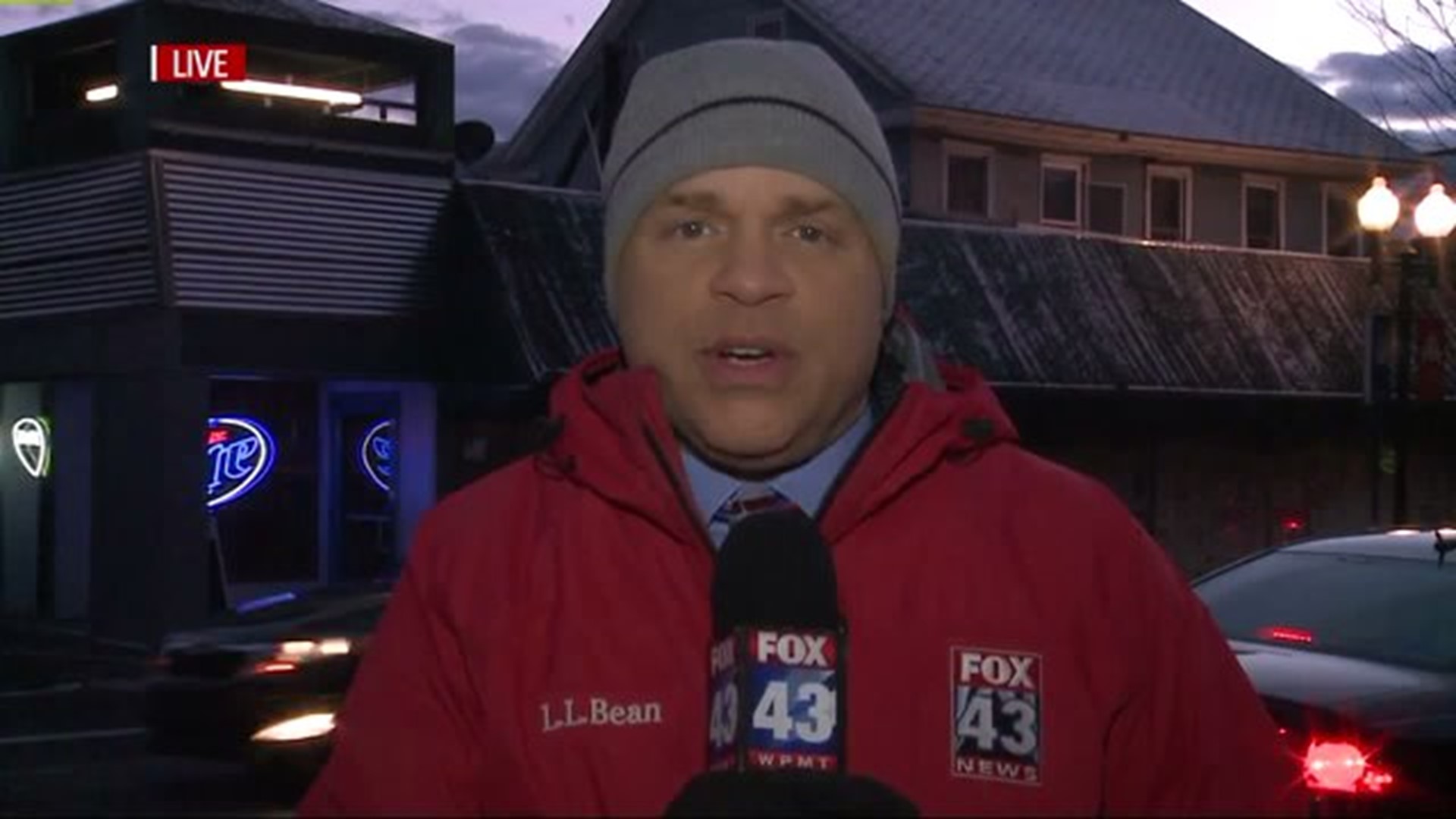 ANNVILLE TOWNSHIP, LEBANON COUNTY, Pa. -- A week after a story about a racial incident first spread on social media, the owners of Just Wing It say it was not a racial but started from an altercation with a couple college kids they said had too much too drink.

A Lebanon County restaurant owner spoke for the first time since he was accused of calling a customer a racial slur.

Police said the man wouldn't talk with them,  but Monday he shared his side of the story.

There are two sides to every story, and Monday was a chance for two opposing sides to meet face to face.

Just Wing It founder Chris Behney said "I am very sorry for the things that have happened, but I would never, ever call anybody the N-word."

The alleged victim's father Ricky Bugg Sr. said "I hope and believe that we can move forward."

Behney shared his side of the story after being accused of calling a Lebanon Valley college student a racial slur and allegedly throwing him out of the restaurant after an incident in the restaurant. but he says it was the student who used the word first.

Ricky Bugg Sr. heard his sons side, Behney's side, and only wants the truth.

"Will I forgive him, yes. Do I want Annville to come together, talk about racial issues by all means, that's the great opportunity that does need to come out of this, but we can't skirt over truth," Bugg Sr. said.

"I am not racist, and neither is Just Wing It. I hope that you and your family come here someday to eat. I would love to sit down with you," Behney said.

Bugg Jr. admitted to being upset and possibly throwing a ketchup bottle or knocking over a chair, but the restaurant owners say they didn't feel a need to press charges.

Bugg Sr. questioned Behney's explanation of the events, but hopes something positive comes out of the incident.