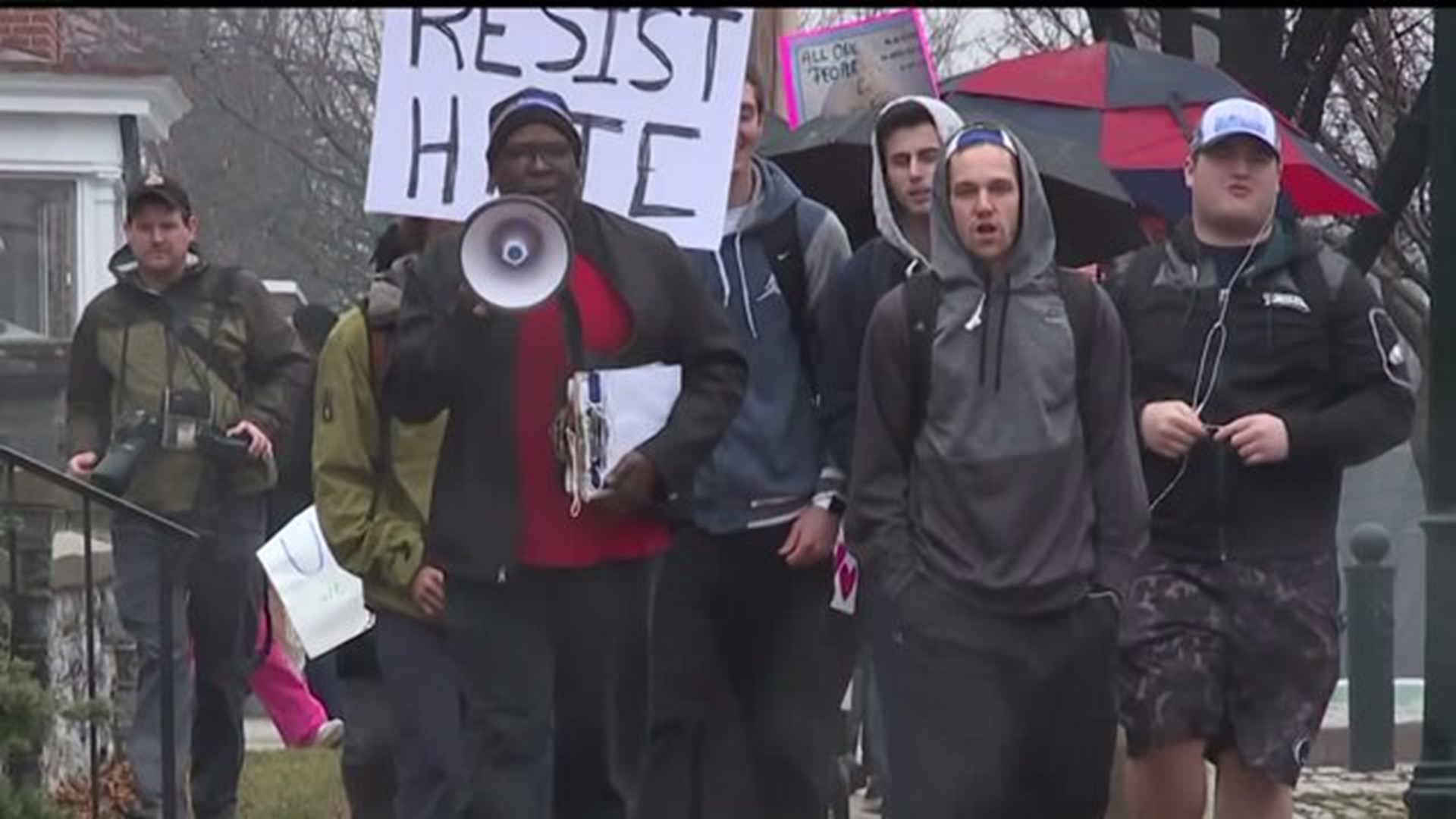 ANNVILLE TOWNSHIP, LEBANON COUNTY, Pa. -- A recent reported racial incident in a Lebanon County community brought several college students and other supporters together in a rally against racism.

The Annville Township restaurant owner accused of calling a college student a racial slur explained his side of the story, saying he only repeated what was said to him.

Some are still waiting for a full apology.

There were a lot of chants made about love over hate, but one thing not heard much about was that racial incident as the organizers of dare to care to heal racism say they are looking forward.

Ricky Bugg Sr. led a group of students and community members in the rally against racism.

Ricky Bugg Sr. Said "we will reduce it through healing, and that's why this is important to me. And it's bigger than Ricky Bugg Sr., and Ricky Bugg Jr."

Recently, Ricky Bugg Sr.'s son came forward to say he had been subjected to a racial incident at Just Wing It, a Lebanon County restaurant.

"This has nothing to do with that, this is moving on, to talk about what do we do, where we live work and play," Bugg said.

Several people took to the streets of Annville Township to carry a message against racism and open up a discussion.

A few drivers passing by the demonstrators yelled out 'get a job' while others honked their horns in support.

One demonstrator said she recently experienced a few in the community who may not agree with whats being said.

Demonstrator Patricia Steely said "at the time that we were standing out there, a car drove by, and some gentlemen yelled out 'white power,' and it just breaks my heart."

Lebanon Valley College senior Rachel Hogan said "I want to talk to those people that are angry, that we are out here being loving and chanting 'love conquers hate.' That's what we choose. I think they might honestly be confused and hurting in their own way."

Many joined the rally as Chris Behney, the owner of the restaurant whom Bugg's son says called him a racial slur, has only apologized for the incident, but not for what he said.

Ricky Bugg Sr. said several lawyers reached out to the family about the incident at the restaurant, but that it was his son's decision to move forward with a lawsuit.