A Lancaster County school paid tribute to the victims and survivors of the Holocaust at a remembrance ceremony. Holocaust survivor Ernest Gross and U.S. war her... 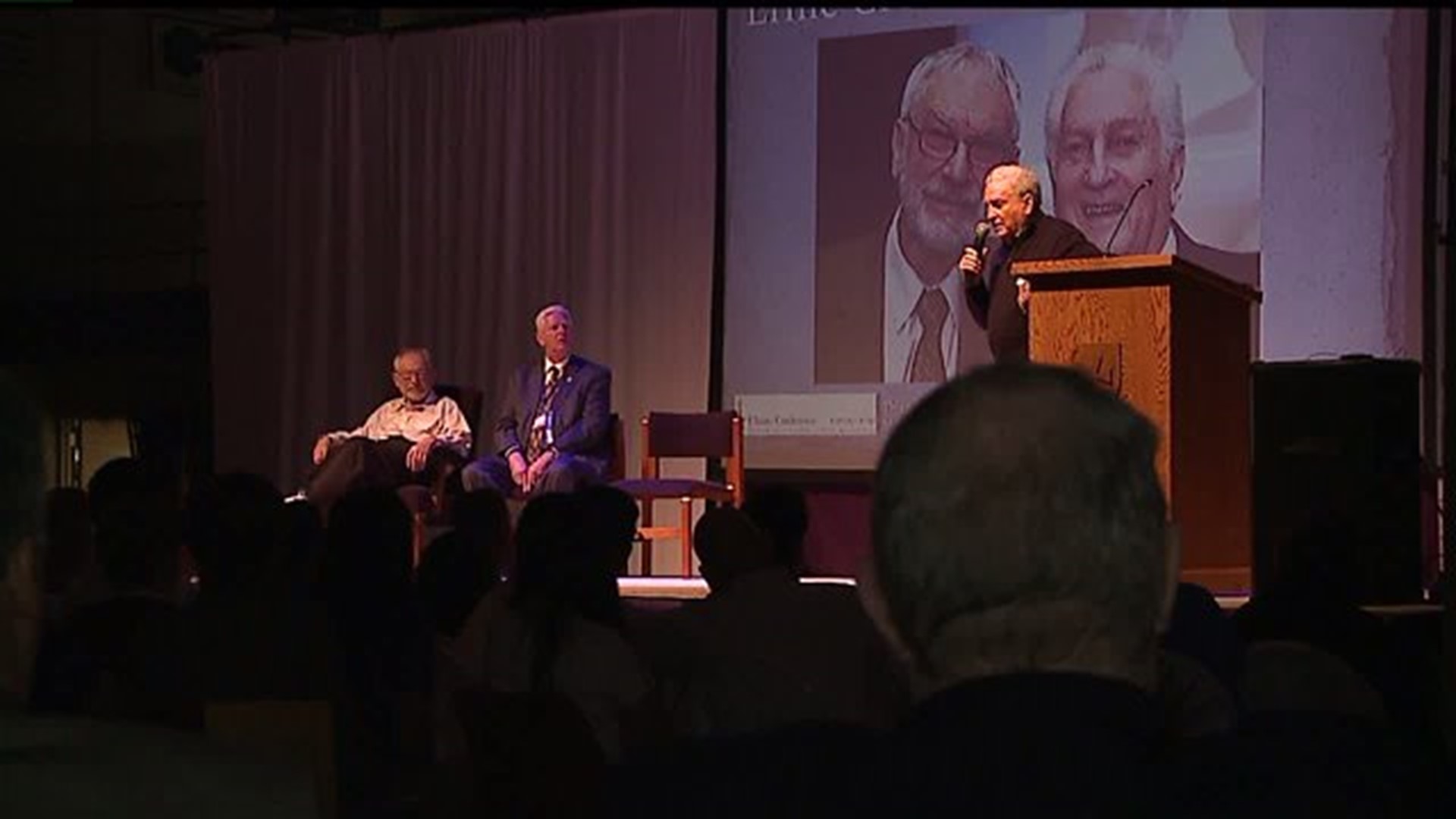 A Lancaster County school paid tribute to the victims and survivors of the Holocaust at a remembrance ceremony.

Holocaust survivor Ernest Gross and U.S. war hero Don Greenbaum spoke to a crowd of students and staff at Lancaster Catholic High School. Gross and Greenbaum first crossed path back in 1945 at the end of World War II. Greenbaum was one of the U.S. soldiers who liberated the Dachau concentration camp that Gross survived. Together they speak about their experiences to raise awareness about what happened during the Holocaust.

"It was the most horrific thing," Greenbaum said. "I was 20-years-old; I grew up really fast in the army. We had no idea what was going on. So it's something that has been with me all my life for the last 70 years, and that's why I talk about it wherever I can."

Gross went on to marry another survivor although the couple never talked about their experiences. After his wife passed away, he decided to share his story.

The German government has invited Greenbaum and Gross to visit Dachau to celebrate the camp's liberation.