Lancaster County man free after being detained by ICE, spending time in prison 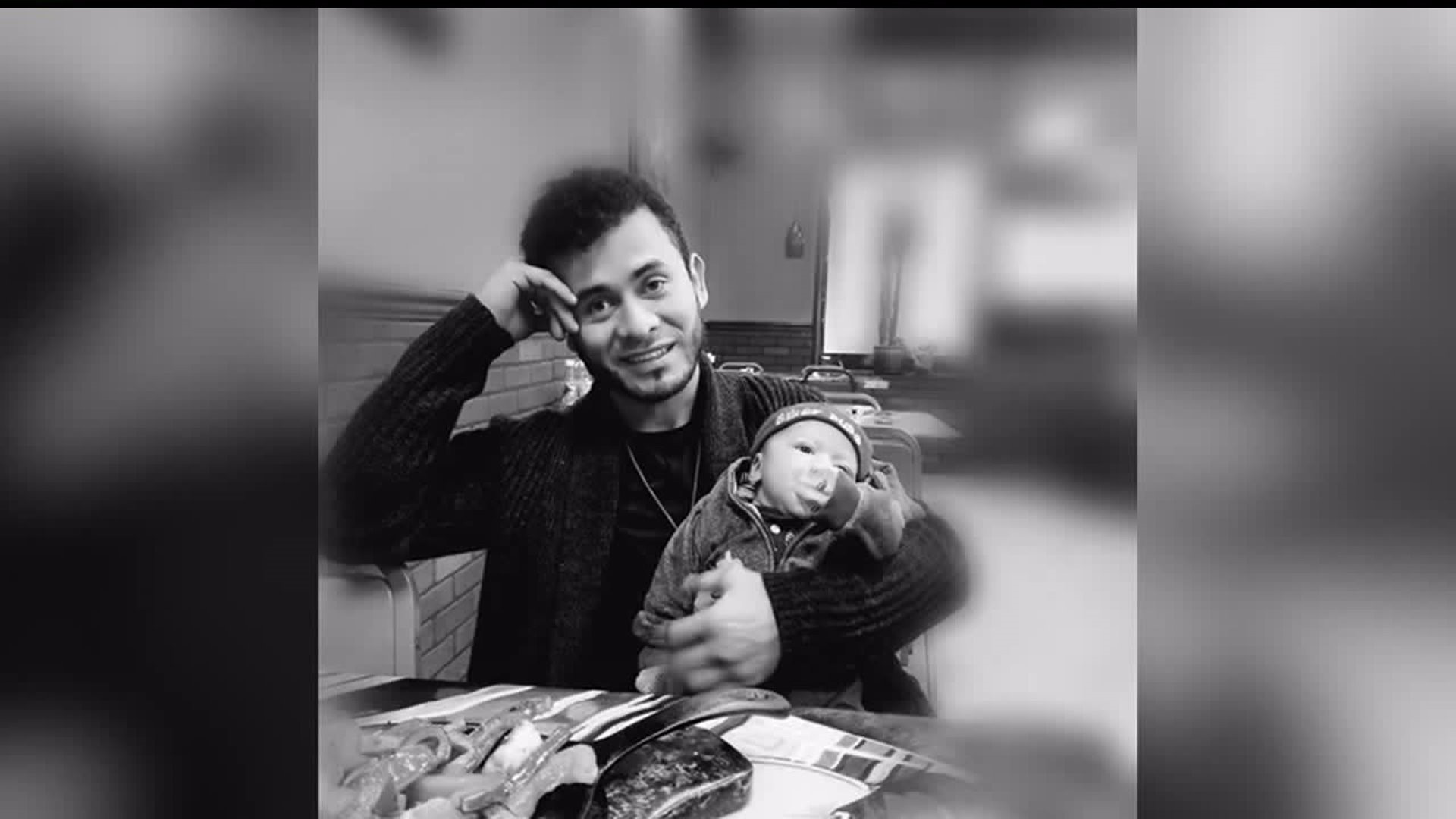 PREVIOUSLY: A 27-year-old man from Lancaster County sits in the York County prison, detained by Immigration and Customs Enforcement because his protection from deportation expired.

He’s been a resident of Lancaster County for the past 11 years, and his lawyer says he wasn’t able to renew his DACA paperwork because of an issue with the United States Postal Service.

Osman Alexander Aroche Enriquez graduated from high school in Lancaster County. He came here as a minor and has been protected by DACA for the past several years.

His lawyer, Troy Mattes, says his renewal paperwork got stuck in the mail, and now, he sits behind bars, missing time with his family and waiting for his bond hearing.

Enriquez was set to celebrate his son’s first birthday this December; instead, Enriquez sits in a jumpsuit at the Detention Center.

His lawyer says the DACA renewal paperwork was held up for 2.5 weeks, causing Enriquez to miss the October 5th deadline.

“He fell out of status. They pulled him over for a registration that was expired, and now, he finds himself in the York County Prison," said Mattes, who practices Naturalization Law.

Enriquez, his brother, and two friends were on their way into work in Harrisburg when police stopped them and found all four to have no status here in the United States. While the other three's outlooks are grim, there may be a chance for Enriquez, according to his lawyer.

Enriquez graduated from Lampeter-Strasburg High School, a Guatemalan native, he’s lived in in Lancaster County for years, and has no criminal record. His lawyer says DACA, or the Deferred Action for Childhood Arrivals, protected him from deportation, but for 2 and a half weeks, his renewal papers for the program went missing in the mail.

“CIS is working with the post office, postal service, trying to find out what happened because this happened to several, not just a few, a lot of people," explained Mattes.

Supporters have called for his release. His fiance says she misses him and that their baby boy needs his father. His lawyer says the situation’s unfortunate, but there may be a silver lining after all is said and done.

“Even though he’s in this ICE detention, by virtue of having a U.S. citizen child and a soon-to-be wife, he becomes eligible for what’s called 'cancellation of removal' and which leads to a Green Card," stated Mattes.

Enriquez has a bond hearing on December 26th at 8:30 a.m., and Mattes is confident he’ll be released based upon a mistake by the United States Postal Service.

Senator Bob Casey says, “The Dreamers must have their protections restored immediately. This is a matter of basic fairness and the whole situation is a result of the Administration’s desire to create chaos. Postal delays should not prevent otherwise eligible Dreamers from having their applications processed.”

Congressman LLoyd Smucker's office says a congressman cannot open a case file unless an immediate family member or the person involved puts it in writing.

Senator Pat Toomey's office sent this statement: "In this case, the Postal Service is investigating what happened and is expected to give a full report to USCIS, which could lead to an appropriate resolution. In the interim, Senator Toomey’s office is reaching out to USCIS to make an inquiry into this matter.”