Lawsuit challenges Pa. congressional districts to be redrawn before 2018 Election

HARRISBURG, Pa. — As many have their eyes on the U. S. Supreme Court’s handling of a Wisconsin case on gerrymandering, voters from several congressi... 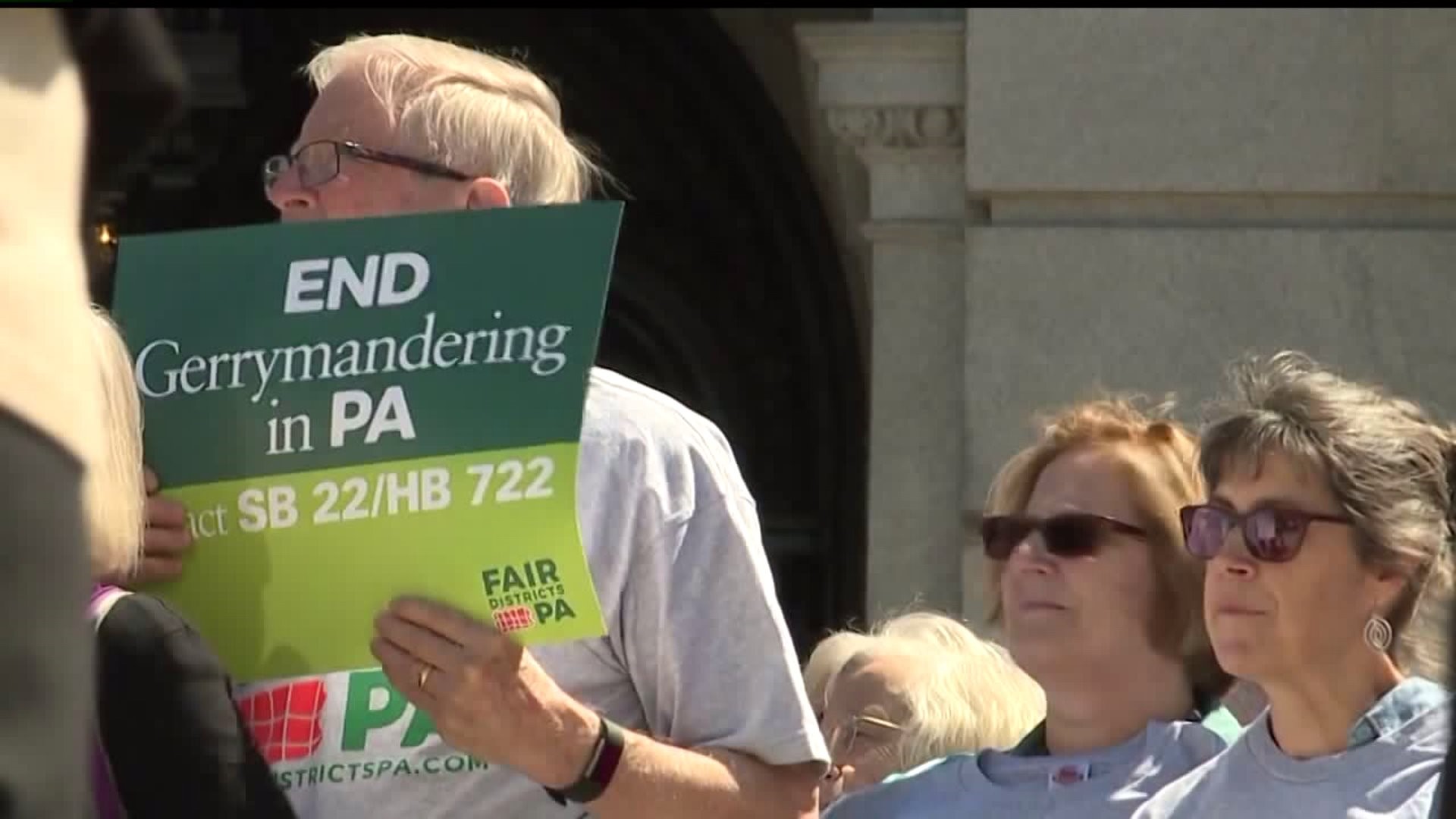 HARRISBURG, Pa. -- As many have their eyes on the U. S. Supreme Court's handling of a Wisconsin case on gerrymandering, voters from several congressional districts in Pennsylvania are suing in Commonwealth Court to stop gerrymandering.

The people voters in Pennsylvania elect to represent them in Congress, determine the laws that are made that in turn affect the daily lives of voters.

Some believe Pennsylvania needs to address the way congressional districts are drawn in the state before the 2018 Election, while others want to take a wait and see approach to follow the Supreme Court's lead.

Those arguing for changing the shape of congressional districts in Pennsylvania say there's nothing funny about one that that's been described as appearing to look like the cartoon character Goofy kicking Donald Duck.

Petitioners' Attorney David Gersch said "the map is an abomination. The sooner we can get to the merits, the sooner we think we'll prevail."

The League of Women Voters of Pennsylvania, and individual voters from 18 congressional districts filed a lawsuit in Commonwealth Court to have districts redrawn.

"The congressional map itself, the shape of the districts, the bizarre shapes of the districts, which can't be explained by any non-partisan kind of reasoning, that's going to be a very telling fact in this case," Gersch said.

At a state hearing Wednesday, attorneys for House and Senate Republican leaders asked the court to hold off on this case until the U.S. Supreme Court rules on a similar case out of Wisconsin.

While none of the attorneys for the General Assembly would talk on camera, they argued in court that without the Supreme Court ruling on the Wisconsin case, "Pennsylvania is taking a shot in the dark."

"The court recognizes that these are justicable claims, but the court is going to issue an order at some point and when that order comes out, at that time we'll comment on the order, but not before," Gersch said.

Although the judge didn't issue an order whether to stay the case or move forward, executive director for the League of Woman Voters of Pennsylvania Suzanne Almeida is satisfied with what they've accomplished so far.

Meanwhile, as legislators ask the court to get this case right and not rush, those seeking change say voters can't wait for another election to pass them by.

"The 2018 Election is still over a year away, they ought to be able to get a map and vote for representatives that come from districts that make sense," Gersch said.

"Democracy is not a partisan issue, democracy is about making sure that our votes are counted, and that we can have a say in our government, and these maps don't allow that to happen," Almeida said.

The judge said it was unlikely this case would be decided before the 2018 Election.

Ultimately, the people behind the lawsuit believe the Supreme Court gas no say over the Pennsylvania Constitution, and therefore there's no need to wait for the high court to make a decision.