Democratic State Representative Mark Rozzi was sexually abused by his priest when he was a child. “He was somebody that I could trust and he thought it wa... 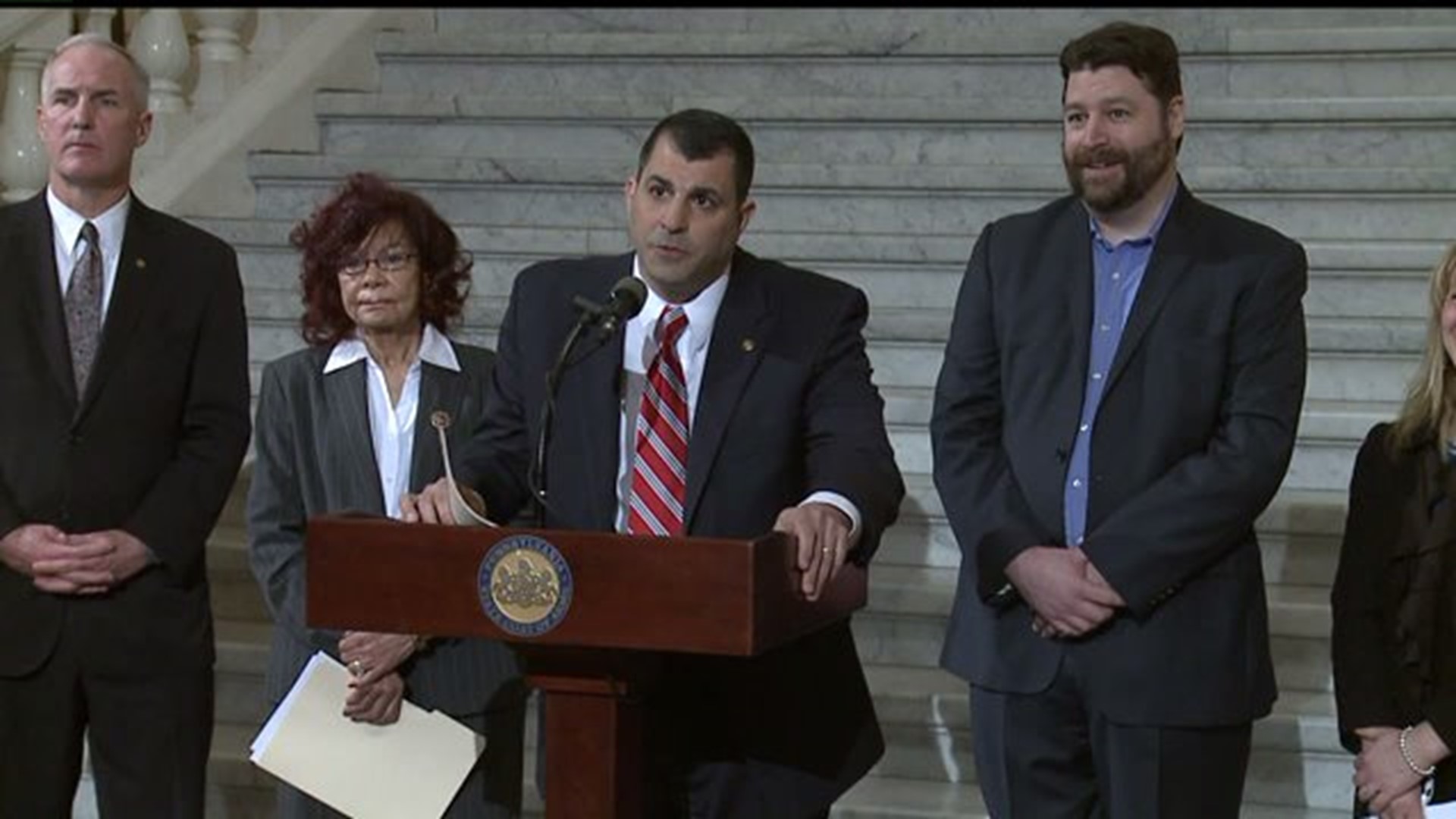 Democratic State Representative Mark Rozzi was sexually abused by his priest when he was a child. "He was somebody that I could trust and he thought it was in his best interest to teach me about sex," said Rozzi. He was thirteen when it first happened and told no one for more than two decades. "For victims of sexual abuse this is not something that we want to discuss. We're embarrassed, a lot of us we blame ourselves. Is this my fault? What did I do," said Rozzi.

Currently in Pennsylvania, a victim of sexual abuse can't file a civil claim against an abuser after the victim has turned thirty. Rozzi wants to increase that cutoff to age fifty. He points out it takes years for some victims to report their abuse. "This is about finding the healing and the recovery for the victims. We can't change the past, but we can make it right," said Rozzi.

Rozzi was also joined by Democratic State Representative Louise Williams Bishop. She introduced a separate bill that would remove the statue of limitations completely for victims of child sexual abuse. Meaning they could file a civil suit or the police could file criminal charges regardless of how much time has passed.

Rozzi acknowledged that both bills could stagnate in the house for years, but hopes there will be enough pressure on lawmakers to schedule a vote within the next few months.