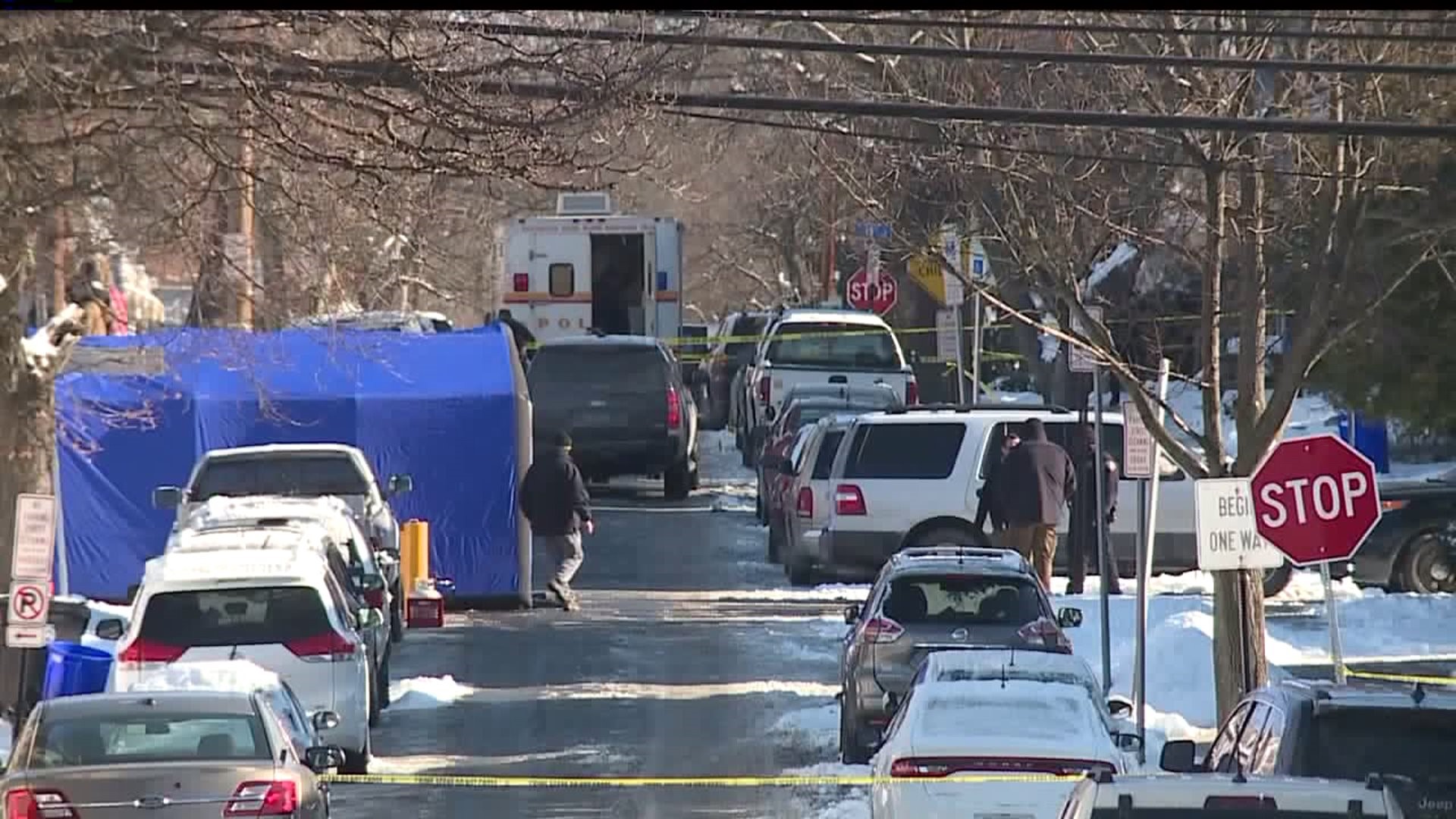 Hill was shot and killed while serving a warrant Thursday morning on the 1800 block of Mulberry Street.

"None of us have sufficient words to express our grief and sorrow. The Hills have lost a husband, a father, a son, a brother, far too soon. Our community has lost a hero that was doing nothing more than his duty," said Freed.

Pennsylvania Attorney General Josh Shapiro said it was a sad day for all the "brothers and sisters" in law enforcement.

"We just simply ask that our community comes together and keep the Hill family in their thoughts and prayers," said Shapiro.

Deputy Hill served with the U.S. Marshals for 11 years and transferred to the Harrisburg area in 2009.

"This is a man who served his country over there with U.S. Marshals service helping to stand up justice, the judicial system in Afghanistan," said Marshal Martin Pane.

Deputy hill is a recipient of the U.S. Marshals Service Distinguished Group Award for "significant contributions" in Afghanistan.

He was a part of the special operations unit in Harrisburg, which is a team, Pane said, that is made up of less than one percent of the agency.

"Chris is the cream of the crop. He's one of our best. Tactically, not to diminish anybody’s roles or capabilities...You probably wouldn't find a better tactical operator in the state of Pennsylvania," said Pane.

Friends of Deputy Hill, including Pennsylvania Senator Mike Regan, who served with Hill in the U.S. Marshals until he retired in 2011, said he remembers him as a devoted husband and father of two.

"Funny guy, affable guy, had a lot of friends. The guys are really in shock. I stopped by the office this morning and the guys who are his friends and partners and colleagues are just in shock over this whole thing," said Sen. Regan.

Regan said Hill was one of the "best of the best" as a U.S. Marshal and was "welcoming" as a person who others "gravitated towards."

"There are just so many things about him that were special and good which makes it so much more sad," said Regan.