EAST COCALICO TOWNSHIP, LANCASTER COUNTY — A flag from the Civil War era that flew alongside a Pennsylvania regiment of black troops is being auctioned in... 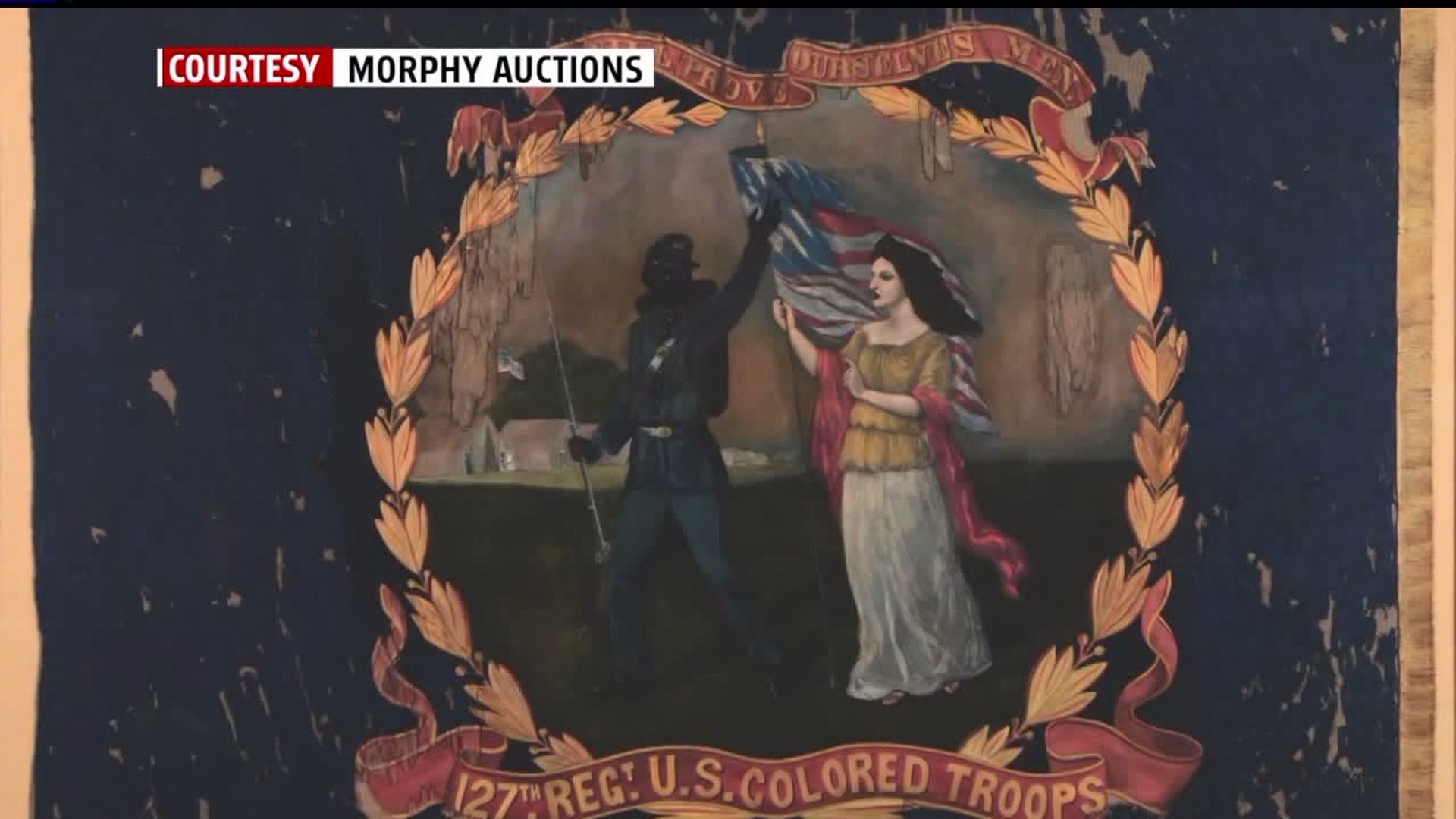 EAST COCALICO TOWNSHIP, LANCASTER COUNTY -- A flag from the Civil War era that flew alongside a Pennsylvania regiment of black troops is being auctioned in Lancaster County.

The flag is the last of its kind and was hand painted by Bustill Bowser — a black man who was commissioned by the union of Philadelphia to paint all of the 11 flags, representing the 127th regiment of the U.S. Colored Troops.

"Seven of them were given to West Point in 1906 but they were destroyed in the 1940's for some reason," said David Geiger, Arms & Armor historian. "The most important detail and the most interesting of the flag is the "we will prove ourselves men" because in that time period they were fighting against slavery," added Geiger.

The flag was later found in pieces, restored and displayed at the Grand Army of the Republic Museum in Philadelphia — now auctioning it off.

"You can see all of that lineage there and that relates to the rarity and that's why we think this flag will go for a very high asking price," said Sarah Stolzfus, spokesperson at Morphy Auctions.

She says the minimum starting bid for Thursday’s auction is $75,000.

"We are hoping to see it go to a good home where it's nicely displayed and someone appreciates it," she added.