LANCASTER, Pa. — A group of scientists from a Lancaster-based engineering firm are making national headlines for a recent test which could change the way ... 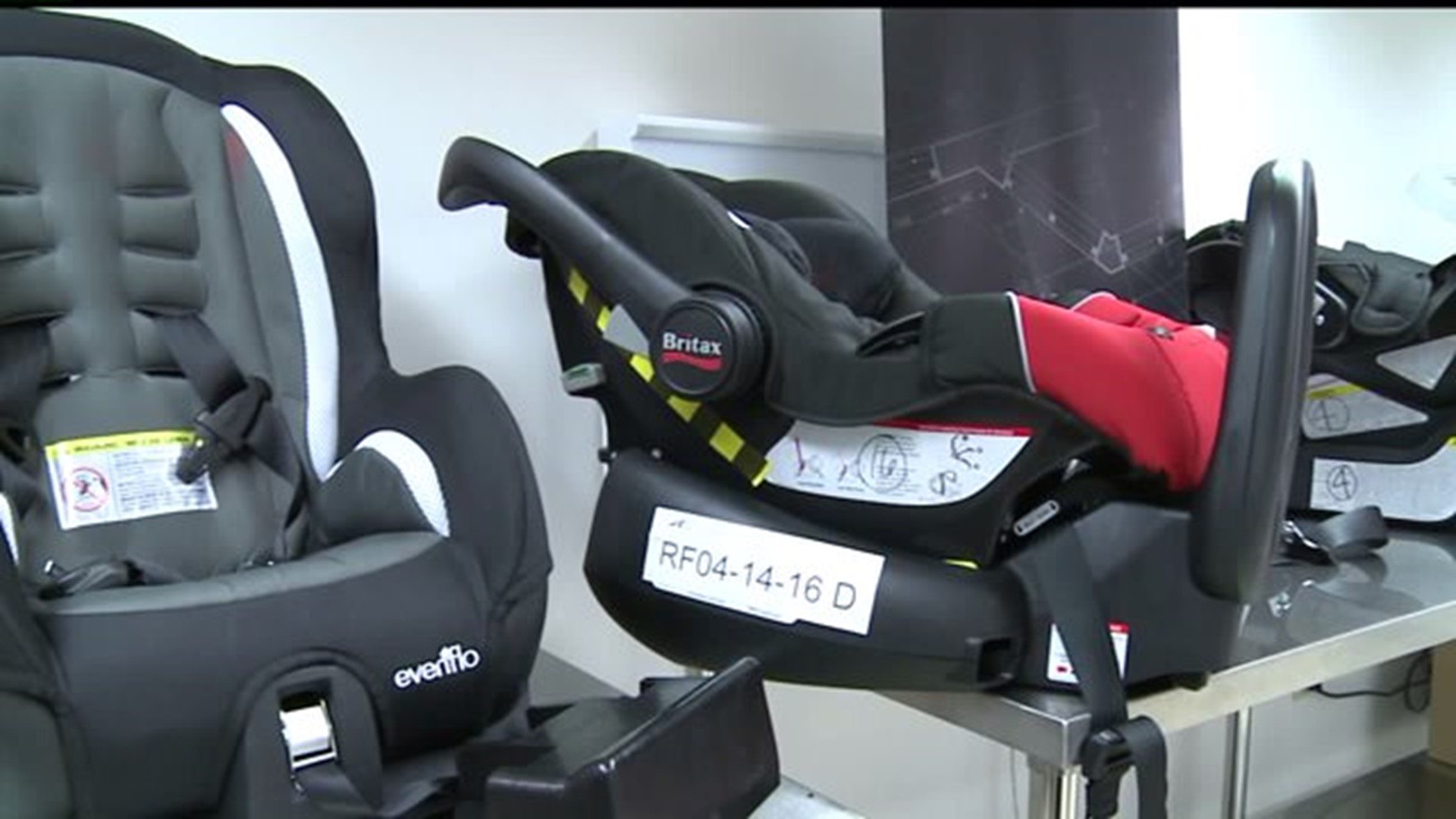 LANCASTER, Pa. -- A group of scientists from a Lancaster-based engineering firm are making national headlines for a recent test which could change the way children are kept safe in the backseat of a car.

Robson Forensic, which specializes in car crashes and often times provides expert testimony in lawsuits, conducted a study which shows children in rear-facing car seats have a greater potential for severe head and neck injuries in a rear-end collision when their seats are tethered using the common "LATCH" anchor as opposed to attaching the seat with a seat belt.

Video from the test, which was conducted in a Buffalo lab in April 2014, shows a crash -test dummy the equivalent of a six-month-old child facing the rear of a car. On impact, the dummy whips forward, its seat coming loose off the "LATCH" tether. The dummy then slammed the front of its head on the headrest. Estimated injuries ranged from concussions to skull fractures or possibly, necks becoming slightly detached from a spinal cord.

"We did not anticipate the head impacts we measured to have been so high," said Dr. Jamie Williams, one of the study's authors and biomedical engineer at the Lancaster firm. "When we were sitting there watching the first few tests happen, we pretty much had our mouths open."

Williams conducted the study alongside Carrie O'Donel and Peter Leiss. The success of the test had its findings published in the October issue of the Journal of Traffic Injury Prevention, and more recently, an article in the Washington Post. The latter got the attention of the National Highway Traffic and Safety Administration (NHTSA), which is skeptical of Robson's findings.

Gordon Trowbridge, a spokesman for NHTSA, told the Post, "Real-world crash data does not indicate children in rear-facing car seats are being injured by contacting the seat on rebound."

The team at Robson maintains placing an infant's car seat towards the rear of the vehicle is the safest method. The study does not show rear-facing seats are more unsafe than facing the front; studies have been done for the last two decades highlighting this. However, Williams and her team wanted to emphasize the current widely-used "LATCH" method may not be as safe as tethering a safety seat with a seat belt.

"It's being pushed that LATCH provides equal protection to seat belts," said Carrie O'Donel, a Robson engineer who worked on the project. "That may not be the case. We have more work to do. There are better ways to install (car seats)."