A student-led group in Lancaster County walk out of class today to honor the lives lost in the Parkland, Florida shooting. The student organizer said he wanted ... 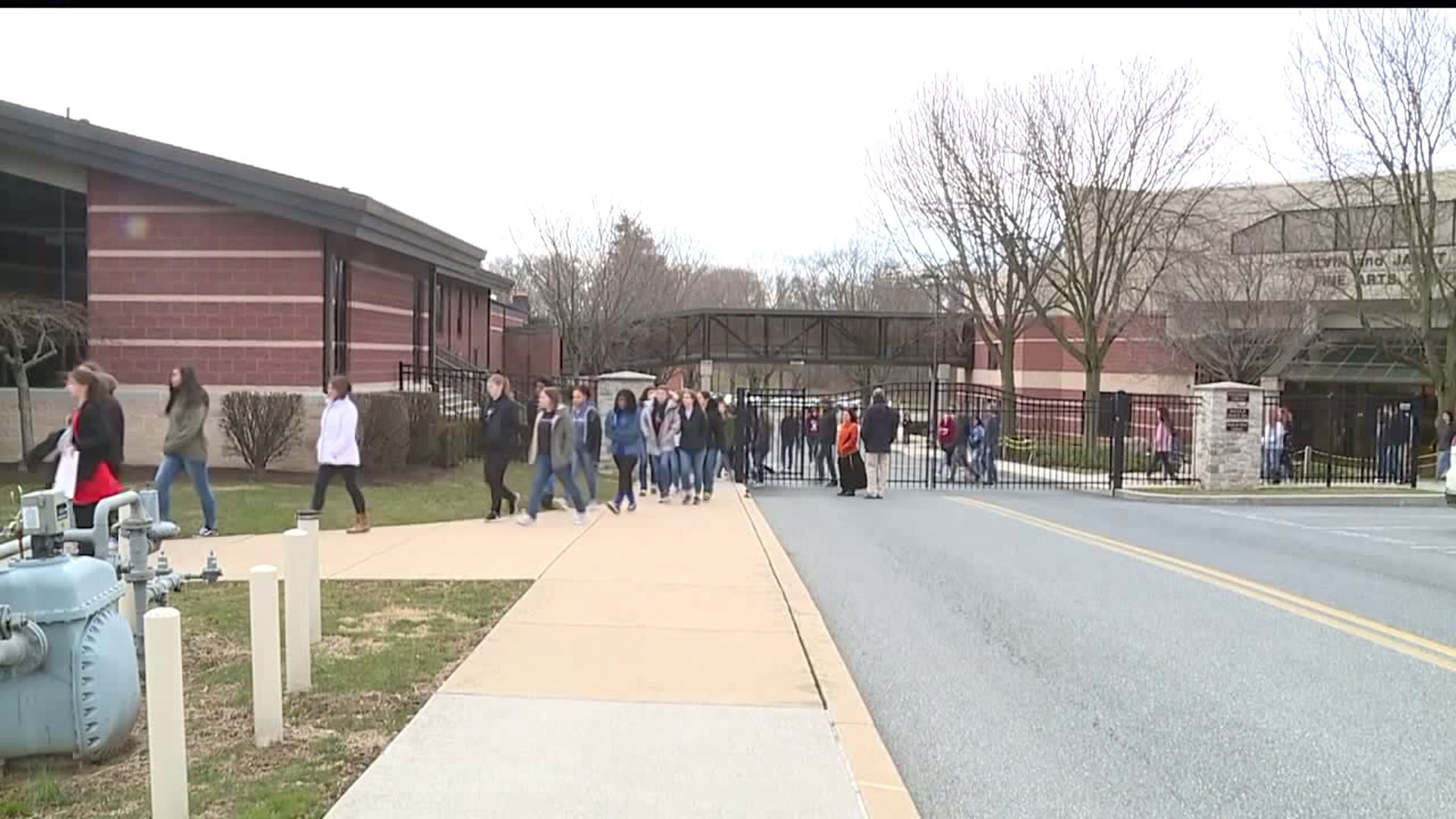 A student-led group in Lancaster County walk out of class today to honor the lives lost in the Parkland, Florida shooting. The student organizer said he wanted the event to be non-political and focus on increased school safety.

"I haven't seen my classmates die. I haven't had to run down the hallways of my school," said one student who spoke at the event. "I haven't used locker doors as shield to protect myself."

School shooting are something students at Lancaster Mennonite High School have a firsthand experience with but it is something they're all too familiar with.

"I'm just as familiar with the term mass school shooting as homework," said one student at the event." We're standing here as the future wanting the freedom to live."

Wednesday morning, the students walked out of class as part of National School Walkout Day. They honored the victims of the shooting massacre at Marjory Stoneman Douglas High School in Parkland, Florida one month ago. The students stood unified for the need for change.

"Whether they want to push for guns in schools and to arm teachers, or they want to ban all guns," said Ashton Clatterbuck, junior at Lancaster Mennonite High School. "I want them [students] to be out here and to be supportive of each other and stand up for what they believe in and to encourage teens to make the change they wish to see in the world."

The walkout lasting 17 minutes, one minute for each student who lost their life last month. Students read quotes from the survivors, along with poems, prayers and songs calling on legislators to take action.

"The youth of this country watch their [legislators] every move and we'll be voting in a couple years," said Clatterbuck. "Their policies do affect us and do impact our lives or lack thereof. It's really important that they keep in mind that the safety of students is their responsibility."

At the end of the day these students are asking for one thing, safety in schools, not only in Lancaster but across the nation by standing united together.

"I stand for the students that sit next to their best friend's empty desk. I stand for the parents who are staying awake at night because they are too wrapped with grief to sleep," said one student at the event. "I stand for us because we are the future and we're going to change this because one shooting is one too many."

Teachers at Lancaster Mennonite tell Fox43, while student did miss out on class time for the event, it served as an invaluable teaching moment.