Lancaster cracks down on tattoo regulations

“I ain’t graduate high school. I was a total f*** up working dead end jobs. And he gave me a chance to make a living and to have a skill that I could carr... 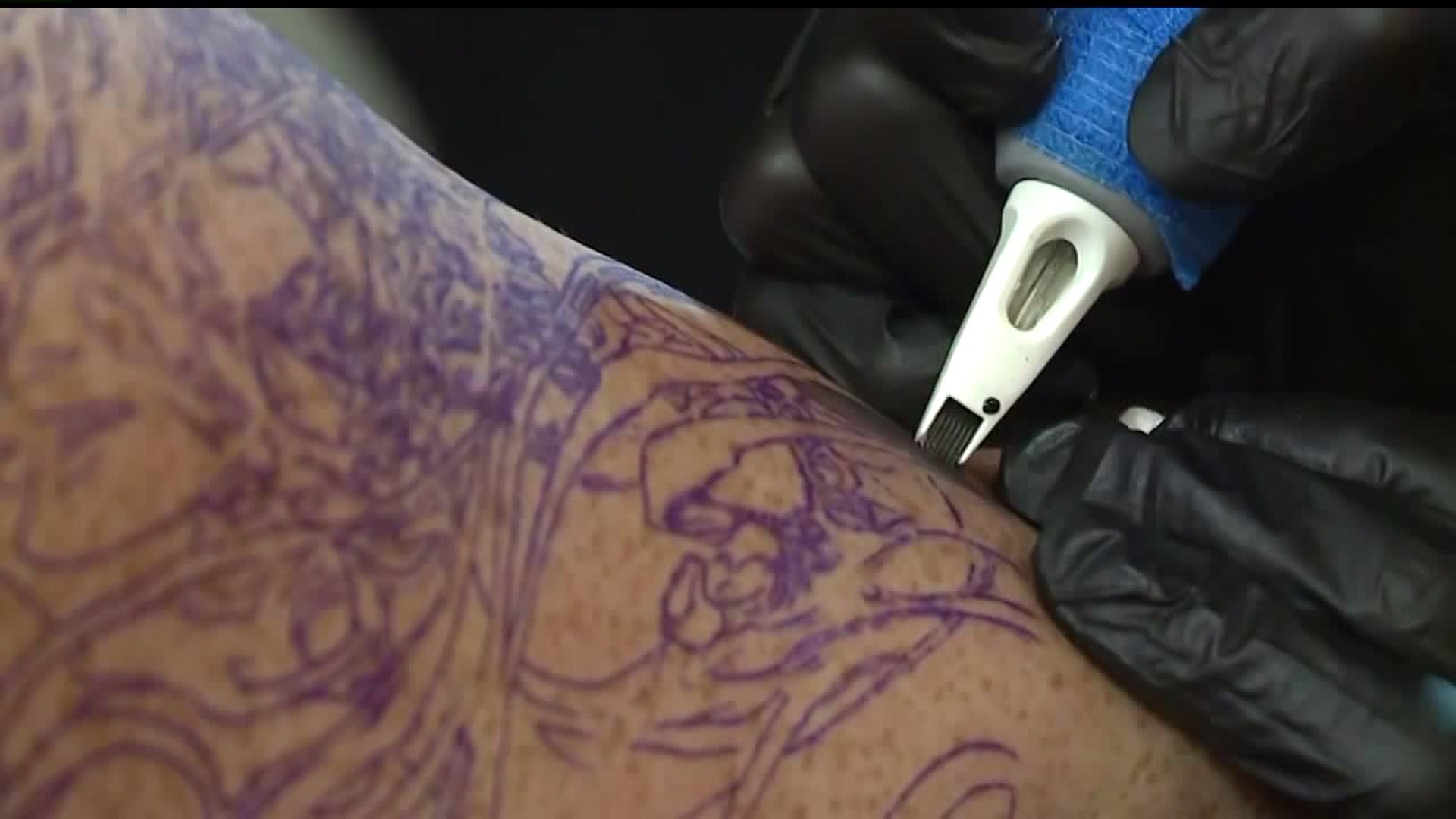 "I ain’t graduate high school. I was a total f*** up working dead end jobs. And he gave me a chance to make a living and to have a skill that I could carry through my whole entire life,” said Joe Martin, owner of Golden Age Tattoo in Lancaster.

Martin credits his entire career to a man named Seville, who offered him an apprenticeship when he first started 18 years ago.

A new ordinance passed at Tuesday night’s council meeting allows a tattoo artist’s license to cover work with an apprentice as well.

“I think it’s vitally important to the city to take every measure and precaution to make sure everyone is safe,” said Lancaster Councilwoman Faith Craig.

It’s a measure that goes beyond state regulation.

Lancaster requires tattoo artists to have a license, but state law does not, meaning anyone can legally give a tattoo, even without experience or certification.

It’s a topic already debated by people in the industry.

“We believe that tattooing should be done in a proper setting, because you break the skin and you deal with infection, you deal with disease, and it’s important to use that the supplies are in the hands of a professional,” said Paul Sorrels, owner of Razorblade Tattoo Supply in Harrisburg.

And that’s the goal of this ordinance- to make sure everyone in the business is a professional.

And some artists we spoke with think apprenticeships need to happen in the city to protect the professionals.

“Lancaster has so many tattoo shops that there has to be some ordinance who can work here and who can’t, because there’s too many,” said Martin.

Apprentice licenses will be in effect for 18 months for body piercing, and 36 months for tattooing.

The change to the ordinance will be enforced by a city health officer.