LANCASTER COUNTY — It took 40 years to find him, but thanks to DNA testing, Susan Kissinger`s family just got a whole lot bigger. Sue has lived in Lancast... 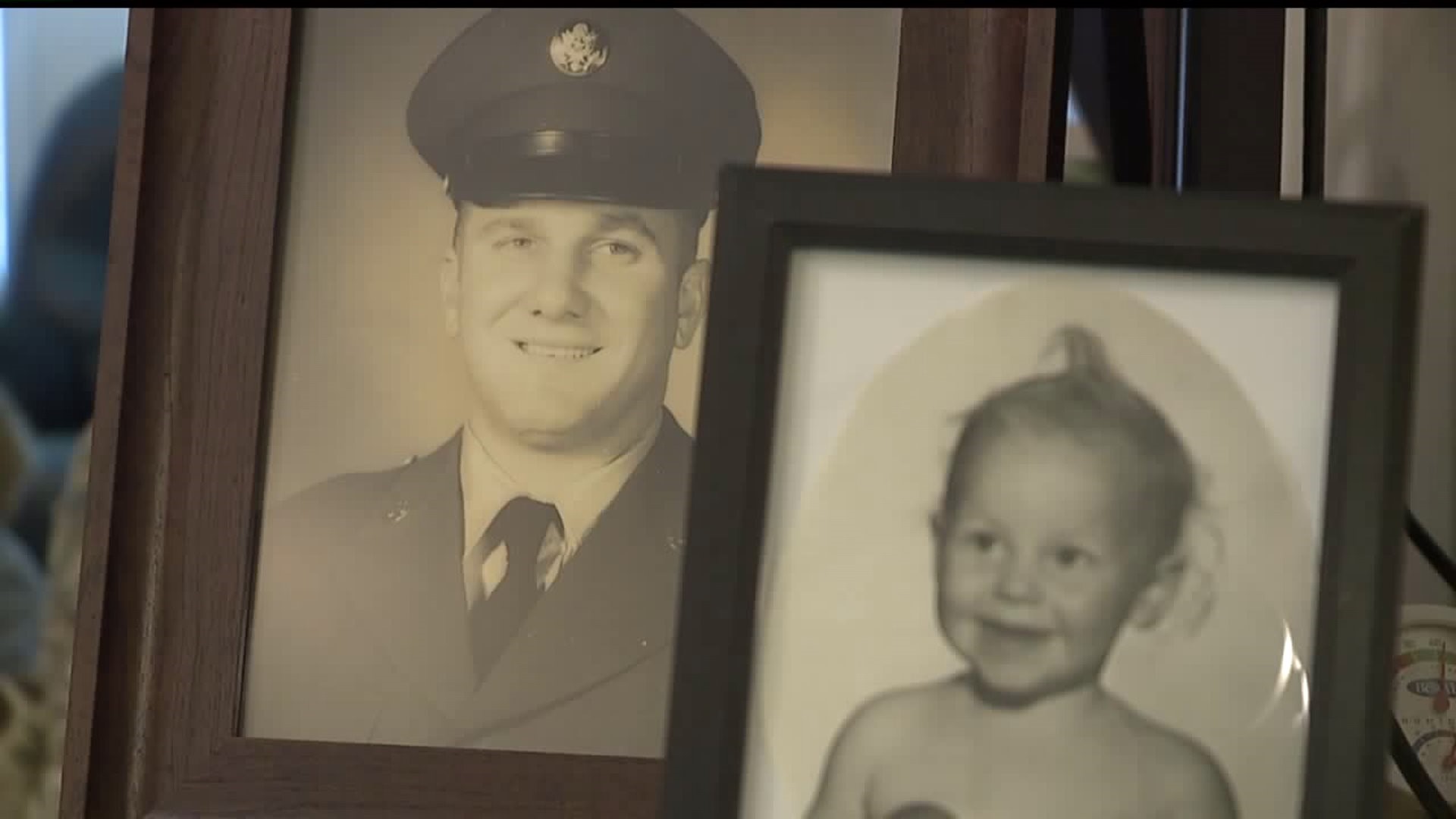 LANCASTER COUNTY -- It took 40 years to find him, but thanks to DNA testing, Susan Kissinger`s family just got a whole lot bigger.

Sue has lived in Lancaster County for almost her entire life and says she always knew she was a bit different from her siblings, but never knew why.

When Sue was 18-years-old she found out she was the daughter of someone else. "It was scary. You don't know.. are they going to accept you? Or not?"

Growing up Susan went by the name Susan Bullock. However, the man she thought was her dad had the last name Miller.

"With respect for my mom and dad, I never asked again." Sue found out her dad, was not really her dad.

She buried the burning question 'Who is my real dad?' for years. That was until her mom died in 2011.

Sue spent the next 40 years attempting to track down the name of her biological father with the help of her sister.

The sisters had  to overcome some hurdles. That`s because when Sue`s mom was pregnant she moved the family to California.

Sue and her sister Tammany Hoover spent the next 7 years calling old schools and attempting to track down birth certificates.

Eventually Tammany signed Sue up for DNA testing with Ancestry.com.

Tammany told FOX43 that the testing from Ancestry connected them with close relatives. "I emailed them. That is when Ashley Dimonte answered me several weeks later."

Ashley Dimonte is Sue's second cousin. "We brought it down to where it had to be a blood relative of mine that was her father."

They were right. With the help of Tammany and Ashley, Sue managed to track down her five new brothers and her biological father, Harry Smith Junior.

Harry tells FOX43 he dated Sue's mother for a few months before going into the service in 1959. "I came home on leave and tried to call her on the phone, but the number was disconnected."

When Harry returned from the service Sue's mom was living in California. He never even knew Sue existed.

Eventually the family moved back to Lancaster County. Sue ended up living in Lancaster and Harry was living in the Willow Street Area about 6 miles away.

Harry says he is grateful for Ancestry.com for connecting the two of them. "If it had not been for this new DNA, I probably never would have even met her."

Sue and Harry took a DNA test to confirm what they already suspected to be truth. It came back 99.9999% positive.

Harry says the test was never needed. "The minute I saw her picture next to my sister, there was no doubt in my mind."

Sue says after 40 years of searching, she finally understands why she was different from the siblings she grew up with. "I know why I am the worker I am. I know why I am a clean fanatic. The Smiths are go-getters"

This interview with FOX43 almost never happened for Harry. The morning we all planned to meet was almost his last.

"I was in there getting ready and then I was on the floor. I was lucky to come back."  The father of five sons says he has had 12 heart attacks in his lifetime.

Thankfully, a morning spent preparing to tell the story of how his daughter found him was not his last. Harry says life has given him yet another reason to keep fighting.

Sue's brother is also searching for his biological father. Marc Bolich says he attempted to use Ancestry.com to find his father.

Results came back as a match to "Roger Alan Harris". Marc says he has had no luck tracking down Roger. The other newly-found family connections say they do not know who Roger is either.

If you have any connection to the man listed at "Roger Alan Harris" and want to help Marc find his biological father contact Lynda Weed at Lweed@FOX43.com.