MOUNT JOY TWP., Pa. – Emily Seilhamer has a passion to create–something she’s sharing with the world. “I was born with it,” she says. &#... 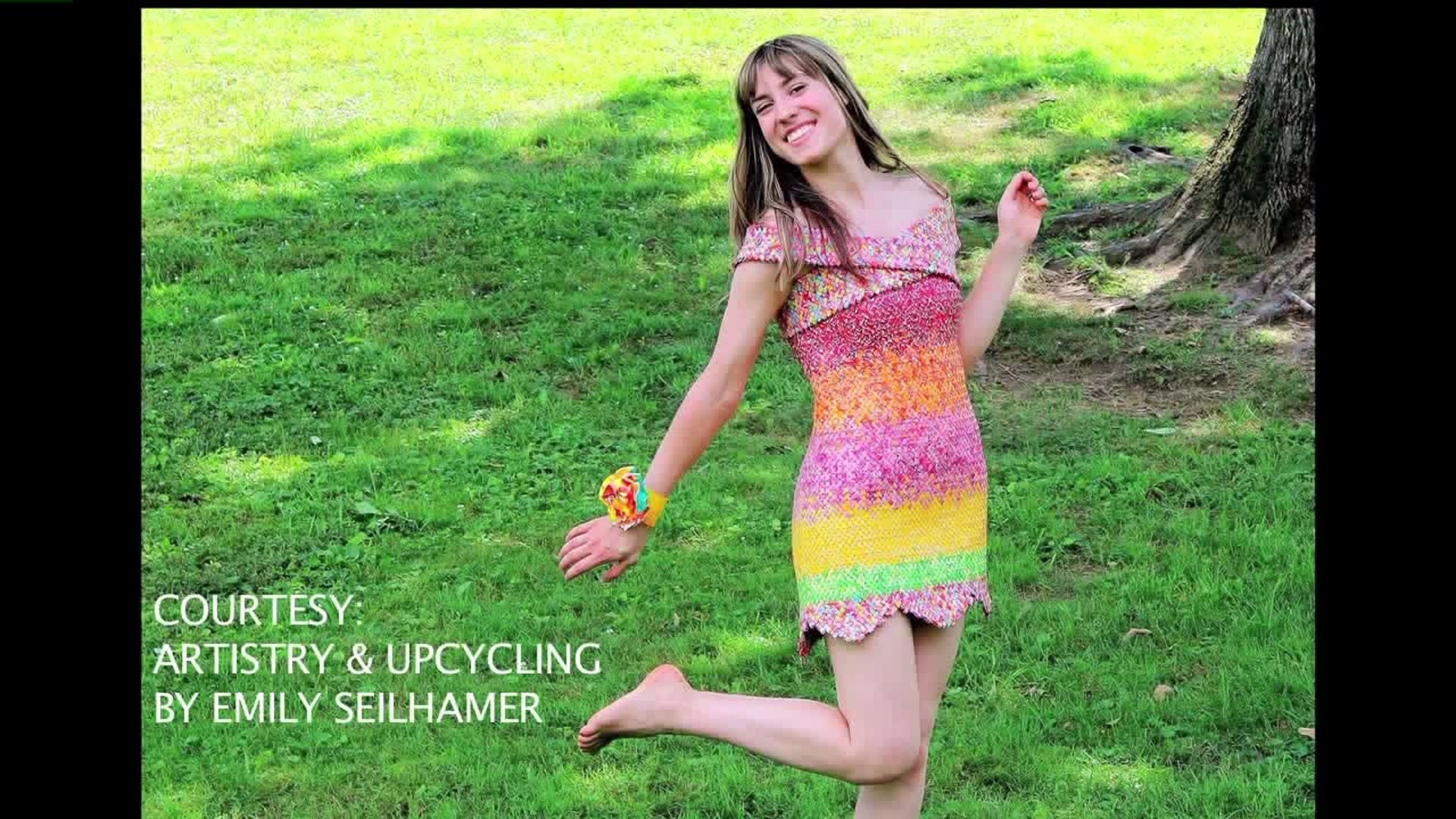 MOUNT JOY TWP., Pa. - Emily Seilhamer has a passion to create--something she’s sharing with the world.

"I was born with it," she says. "Creativity is contagious. Pass it on."

It's one of her earliest creations that's trending online: a dress made of more than 10,000 Starburst wrappers!

"It's what started everything for me, yeah, because I do all sorts of upcycling and I paint a lot," she said.

It was a dress born years ago from the joining of high school sweethearts, a creative girl's mind and a boy, Malachi Seilhamer, with a love of Starburst.

"That's how we met,” Emily said. “He offered me a pack of Starburst. After he broke the ice and we got to know each other, he kept giving me Starburst, because that was his favorite candy."

She told him what she wanted to make and she went to work.

“He started bringing me garbage bags full of wrappers," she said. "I started organizing them into colors."

The result was quite possibly the sweetest dress on earth. Somehow, no cavities were formed in the making of this dress.

"It just kind of went from there," she said. "I started bringing them into work and I had a lot of friends and family eating them for me."

Years later, that girl and boy became husband and wife, and last week, she posted her creation online. The world took note.

When I asked her if she wears if often, she said, "Oh my goodness, no. I wore it a couple of times out in public. It's not hard to get on, but it's not something I can like get in the car, and the heat and everything."

As an artist, she's always on to new projects and has this to say to her fellow artists.

"Just don't doubt yourself,” she said. “You're capable. My motto is anyone's an artist if they're willing to try. If you have that willingness, you can do anything."