Lancaster County woman calling all hockey fans for a kidney

WEST HEMPFIELD TOWNSHIP, LANCASTER COUNTY, Pa. —  A Lancaster County woman is looking for someone who can save her life. 30-year-old Kelly Sowatsky has be... 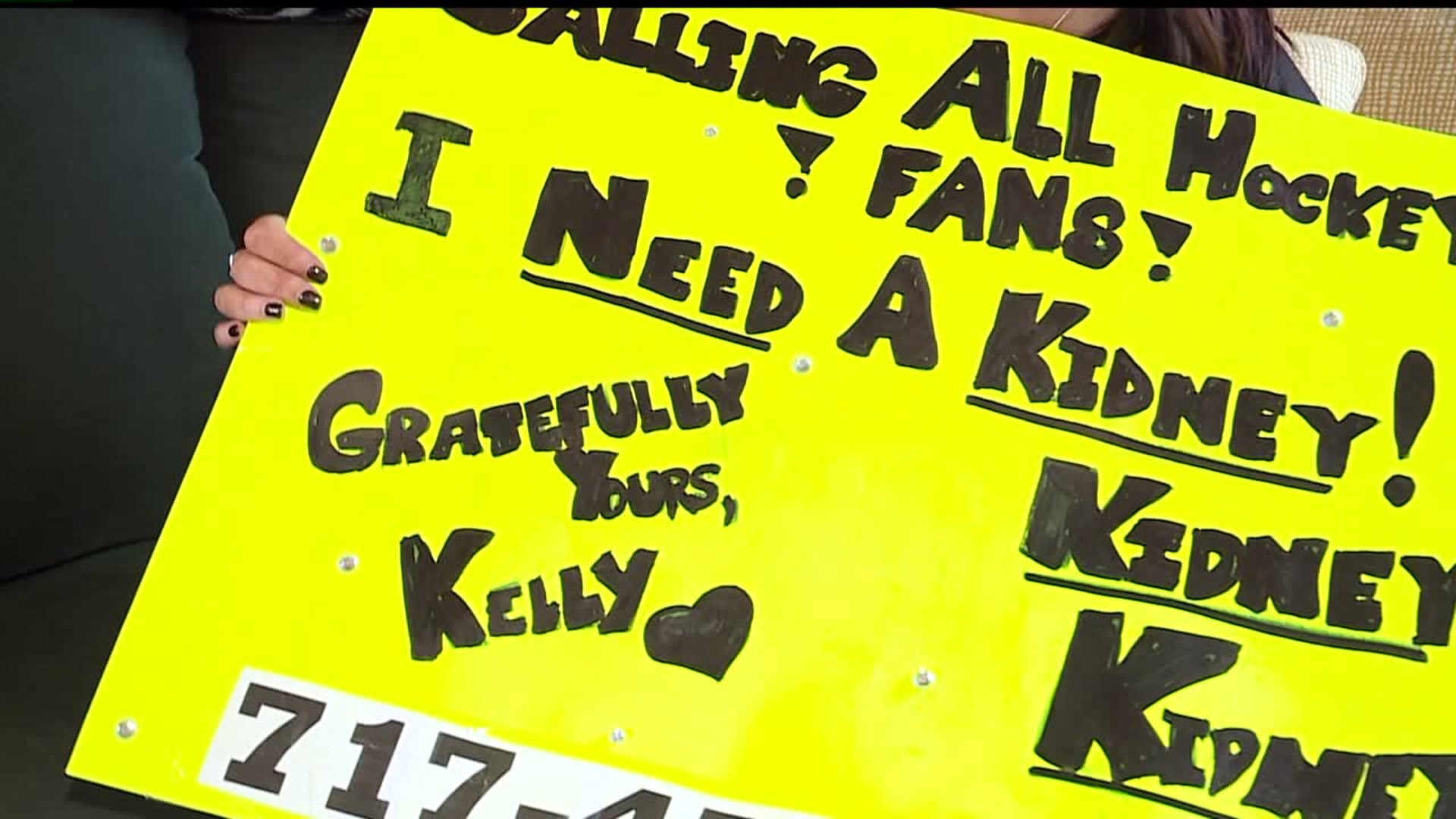 WEST HEMPFIELD TOWNSHIP, LANCASTER COUNTY, Pa. --  A Lancaster County woman is looking for someone who can save her life.

30-year-old Kelly Sowatsky has been sick for the past two years. She`s looking for a second chance at life and is calling all hockey fans, or anyone for that matter, for some help.

On Saturday night, at a Pittsburgh Penguins game with her fiance, a neon poster with a plea and a cell phone number, was her attempt to find a kidney donor.

"So when the players were playing during warm ups I was down on the front glass so I would hold it like this so Jake Guentzel could see it from the ice, but then everyone behind me, then saw this side," added Sowatsky.

Within minutes a picture of her holding the sign started to circulate social media, spreading the word.

"I mean all these unknown numbers in here, these are just all the numbers that I`ve been getting, all the unknowns, they just keep coming," said Sowatsky.

Back in 2015, she was diagnosed with a urinary tract infection, leading to a sepsis infection, later giving her more issues, causing both of her kidneys to stop functioning last year.

"As I noticed the decrease in my kidney function, I thought, I need to get on it," she added.

That poster, now going viral is her last hope.

"I never imagined in a million years though that it was going to reach as many people as it did," said Sowatsky.

"It`s beyond my wildest dreams that there would be an interaction like this that would just help her and help us in such a tremendous way," said Tyler Hart, fiance. "It`s one of those moments that honestly restores your faith in humanity," he added.

The clock is ticking, but Sowatsky is staying hopeful.

"The more people who share the better chance I have at finding a kidney and living," she added.