EPHRATA, LANCASTER COUNTY, Pa. — It is officially fall, which means cooler mornings and frosty nights. It’s a time to start bundling up, as a Lancas... 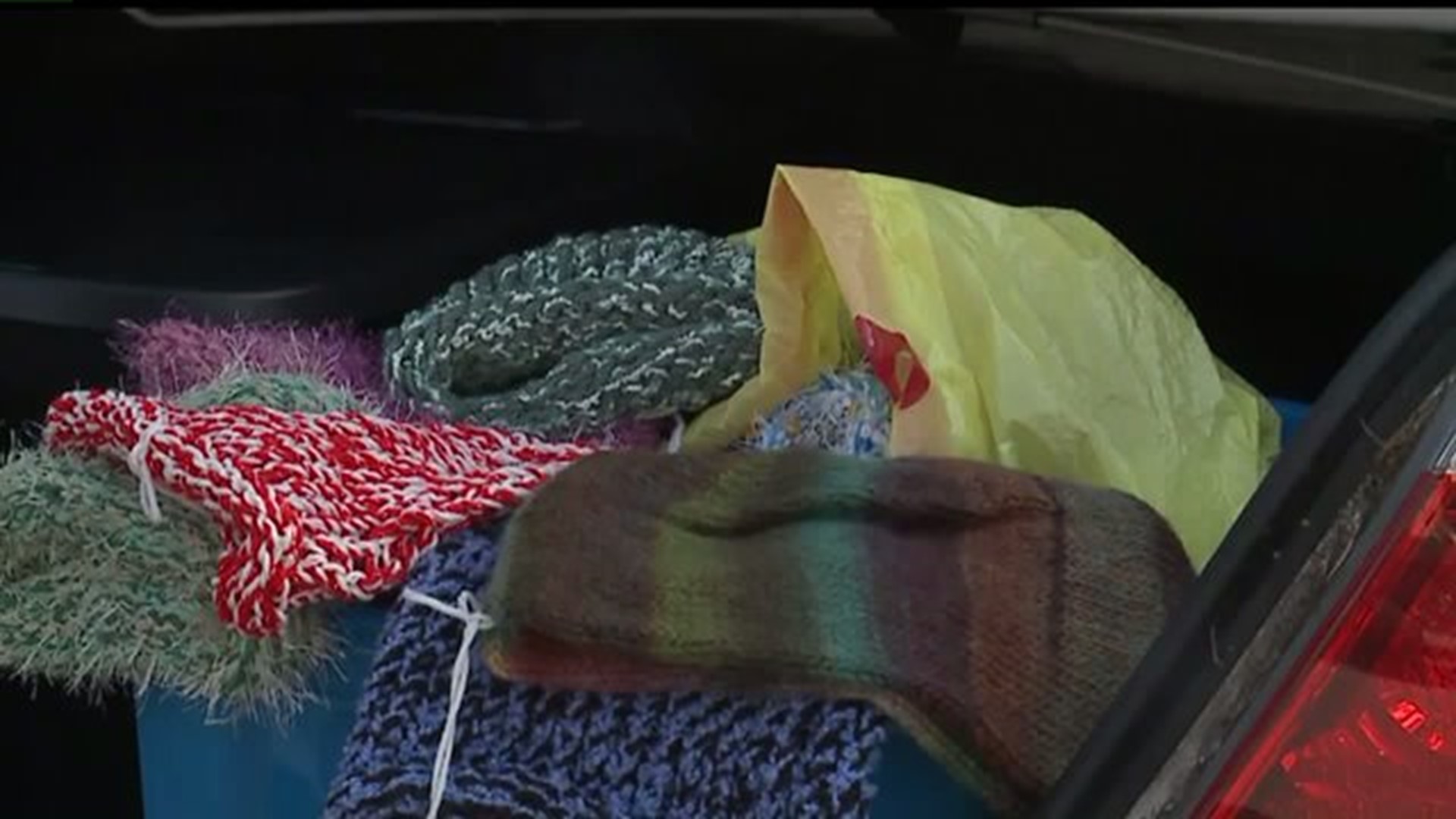 It's a time to start bundling up, as a Lancaster County woman finds out no good deed goes unpunished after she collects warm clothing for the needy.

Her public display of donations was met with some opposition.

At Veterans' Plaza in Ephrata,some may agree or disagree on whether the memorial to honor World War II vet Dick Winters was disrespected when it became the site of a so-called scarf bomb.

Of the items collected to donate, the WrapUp project founder Angelia Reed said "over a hundred hats that we left out for Ephrata, and they're all different sizes colors, styles."

Reed collects warm clothes for people who need it, but none of the items is store bought.

"A hand-made item is kind of like a hug for somebody. It provides them with warmth and comfort, and possibly helps them to get through one more day, or one more night," Reed said.

Except reed received a less than a warm reception when she chose the Dick Winters memorial to bombard with hats and scarves, as some people called the police.

"They had said that they had complaints, a couple complaints about them being on trees and also around the memorial," Reed said.

Winters is famous for being the leader of the 'Band of Brothers' paratrooper company that served our country during WWII.

Ephrata resident Adam Esbenshade said "as a good soldier, he fought for peace. I think that people in need, in a time of peace need clothing, so I don't think that's contradicts anything the memorial stands for."

While Winters is remembered for his heroic efforts on D-Day, Reed's scarf-bombing puts a spotlight on the need in Ephrata.

"I enjoy walking along the rail trail in Ephrata. There are times later in the evening that you do see people, where I wonder if they have a home. Based on outward appearances, it would look like they might not," Esbenshade said.

"There actually is a homeless population in Ephrata, this season we had the resources, we had enough donations that we were able to add Ephrata," Reed said.

All of the hats and scarves were free for the taking, before the items had to be taken down.

"The reason we leave the items, in public the way we do, is so that someone can just walk by and take the item, without having to meet any type of criteria or requirements, and without feeling like someone is judging them," Reed said.

"I like the spirit of the people who want to provide, I think more of us ought to do something like that," sbenshade said.

Reed said she collected 600 hand-knitted hats and scarves to distribute in Lancaster, Columbia and Ephrata for the month of October.